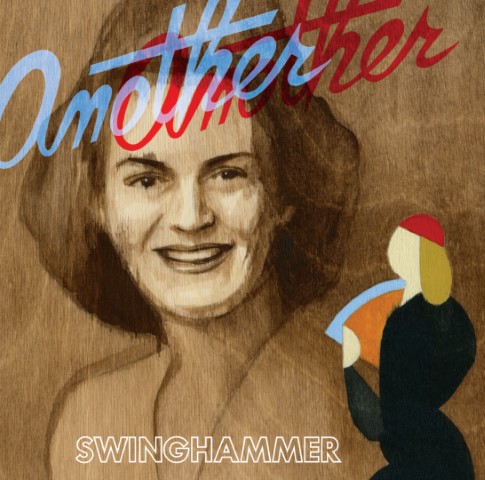 Not many people, especially in today’s shifting (or disappearing) music industry could release thirteen (yes, 13!) full length records, but that has not stopped Kurt Swinghammer.  Hailing from Toronto, Ontario, Swinghammer has released Another Another, a testaments as to how one could find the longevity to curate such a long and expansive discography.

The opening track, “Dear Old Soul” is a bouncy pop track with a slight jazz feel, largely from the rhythms and tone from the electric keyboard.  The track is light, airy, and sparse, yet it leaves the listener with a full soundscape that sounds like it could be in the opening credits of the next big light-heated comedy.  The album progresses with “Another Another Green World” and “She Needed More Loops”, both of which cater more towards a avant-garde and digital sound.  It’s certainly a strange side step from the organic jazz pop of “Dear Old Soul”; in fact, the push and pull between digital and analog is quite present across Another Another.

In some ways, this creates a nice change of pace between tracks.  In other ways, however, it can pull the listener out of the moment with such a sudden change in instrumentation, style, and tone.  Regardless, Another Another demonstrates a song writing style that is not only highly unique, but matured and sophisticated in a way that comes from a long passion in the art of musicing.  Kurt Swinghammer displays a level of musicianship by going beyond typical pop tropes and clichés to deliver a collection of artistically driven compositions.

Despite this, Another Another shines best when Swinghammer creates a peace betweent he feuding digital and analogue textures.  This is best heard on “Jack Layton And Grace Appleton”, a track which tastefully blends a similar jazz pop found in the opening track, with such artistry while recounting a politically fueled narrative of the self in a time of loss- specifically that of NDP Party leader, Jack Layton, who passed away in 2011 following a battle with cancer, and Grace Appleton, Swinghammer’s mother who passed the same day.  It is in songs like this, along with “Dear Old Soul”, “She Needed More Loops”, and “Art Thief” where Kurt Swinghammer shines the most.  Here he is able to package avant-garde inspired pop that would often be inaccessible to most, yet he manages to disguise this complex and rather out there music for public consumption.  When he bridged these elements together, it is nothing short of brilliant.  It is this that makes Kurt Swinghammer’s Another Another a worthwhile addition to his eclectic discography.