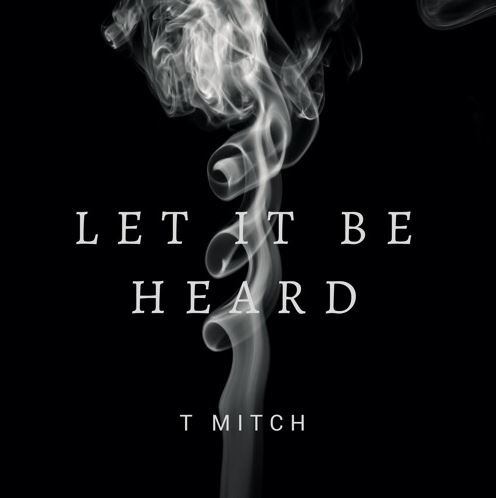 Ottawa rapper T Mitch hits the stage with his newest mixtape, Let It Be Heard. On this new project, the producer and lyricist brings together a collection of keyboard driven beats to mix with vocals that is often boosted by the use of autotune, think a mix between early Lil Wayne and T Pain. Let It Be Heard gives a chance for listeners to dive into Mitch’s take on a combination of melodic hip-hop and trap. His use of a dirty south inflection in his delivery sometimes comes at odds with the choice of beats, but he manages to salvage the majority of the tracks with the quality of the production.

There are more than a few quality tracks, such as “Slayed Them”, which is a hazy, and mired, song that utilizes the best that T Mitch has to offer. His voice and flow work well in combination to piano riffs and popping drum lines. He works well in combination with featuring artists such as CKing and Young Chozn, who add much needed texture to the track. “Slayed Them” is the most complete song on the record, and demonstrated that T Mitch has the potential to rise to the occasion when needed. While the topics that T Mitch focuses on are not the most original, he brings enough of his own spin to make them stand out.

The usual club, girls, and drinking rap themes are present throughout the entire project, and he present them well, but more diversity throughout the mixtape could have gone a long way to differentiating himself from the crowd. However, he does seems to have a grasp on the club love songs that infected the rap scene in the early 2000’s, and knows how to use it well.The album definitely improves as it goes on, the first four songs seem to blend together, but with stand out tracks like “You The One”, T Mitch shows us why he should be given the spotlight. That track is reminiscent of Kanye West’s 808s and Hearbreak, with T Mitch trying to get a girl to take him on by singing that “She is the one”.

Another song that accomplishes the intent of T Mitch is “Alright”, which blends his autotuned rapping with softer keyboard melodies and head bopping drum line. While his verses often leave something to be desired, T Mitch seems to have an affinity for putting together a captivating chorus, and these are almost always the highlight of each song. “Alright” is actually his best track lyrically. The tape finishes on a very strong note with a remix of the song “Cap City”. Here, T Mitch brings a level of enthusiasm that is infectious. The offset vocals in the chorus add much needed energy to such an exciting beat.

The autotune on the album is certainly not for everyone, but T Mitch doesn’t overdo it, and seems to know how to use it as a musical advantage in this project. While it is inconsistent with the quality of the tracks, the production that T Mitch brings with his keyboard skills are enough the drive the project along, and show potential to explode into something that could succeed where other artists have faltered. The biggest weakness of the project comes with the topics and lyrics, which don’t always seem inspired. That should come with time though, and will hopefully catch up to the obvious talent that he displays in his production and in his vocals at times.