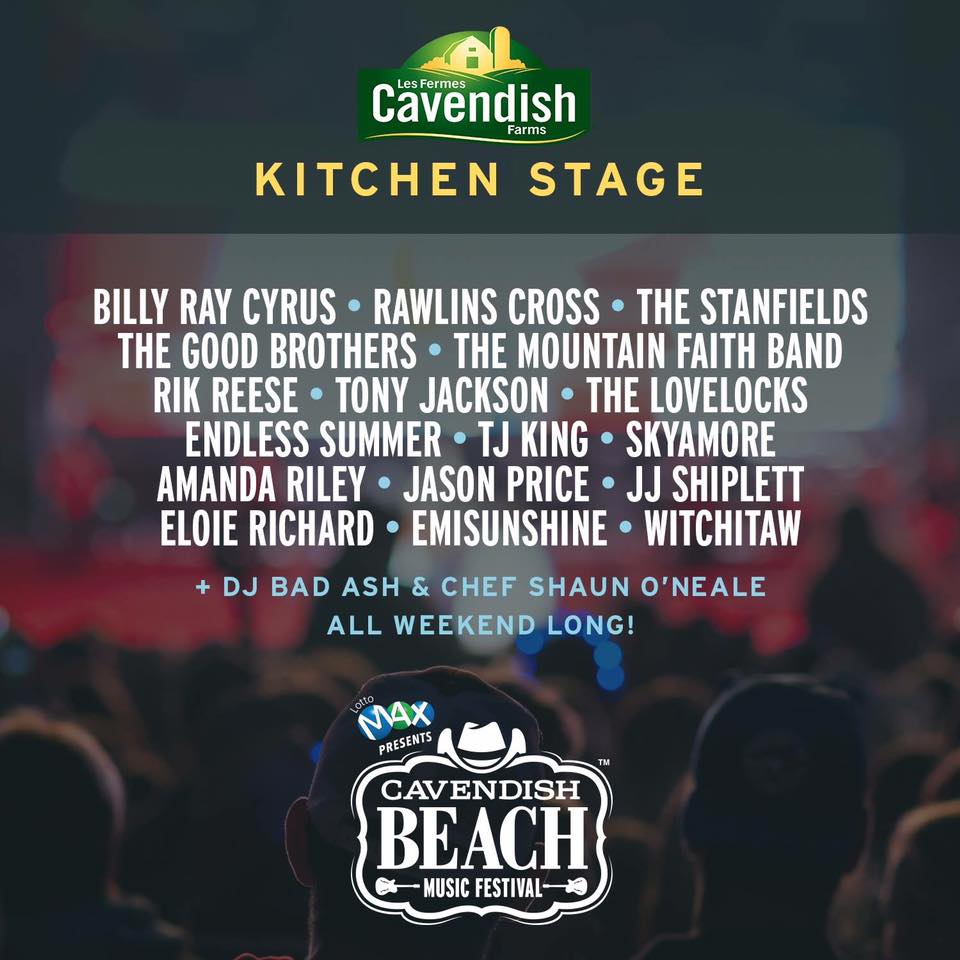 With festival season upon us there are many announcements coming through to Canadian Beats. This one, from Cavendish Beach Music Festival will have country fans wild with anticipation for this July. They have announced their lineup for their Kitchen Stage. Artists announced include Billy Ray Cyrus, Jason Price, The Lovelocks, and many more. These artists join the lineup already announced for the Main Stage for the weekend that include the likes of Zac Brown Band, Little Big Town, High Valley, Chad Brownlee, and many, many more. Stay tuned to the Cavendish website and social media for any other announcements they have up their sleeves before one of the biggest country music weekends in Canada.