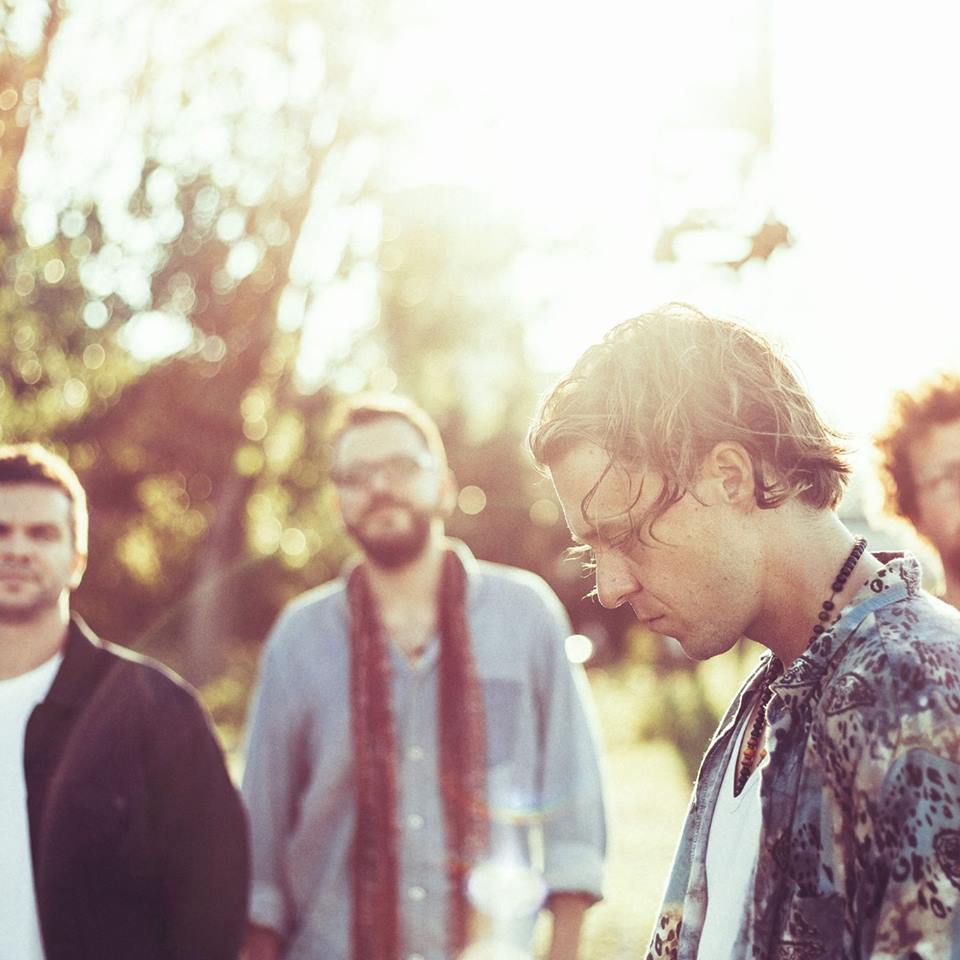 Following the release of their highly anticipated sophomore album Blue Ceilings (Indica Records), Montreal’s The Franklin Electric paid a special visit to the Mod Club in Toronto to play new and old tracks in front of a sold out crowd. Prior to the show I had the chance to speak with lead singer Jon Matte about the creation of Blue Ceilings, touring internationally, playing in front of the hometown crowds in Montreal and much more. Read the full interview below.

Congrats on the release of your new album Blue Ceilings!

Thank you very much!

It’s been positive. I haven’t heard anyone bashing it yet – which is a good thing.

What’s the writing and creation process like for you when you’re recording a new album?

I lock myself away as much as I can and just write. I’ll flush out ideas and jump around the room and pretend I can play all these instruments. I’ll put together a vision and work on the lyrics and then bring it to the band and we’ll figure out how to bring it to life. I write alone a lot and then we attack the rest of the parts together.

Was there a song you must enjoyed watching come to life in the studio?

I Know the Feeling and Walk With You. They’re interesting songs that came out of nowhere and were more last minute additions to the record. They’re songs that didn’t make the cut, that fell through the cracks a year ago, but seemed to work better this time around for some reason. I don’t know why but we redid the drums and the vocals and it came back to life. There’s a song that’s called It’s Taking You that’s been a really special song live and a special song to record. It’s a slow song that reflects what we do live really well.

Was there something you learned when you were recording the first album that you brought with you into the studio this time?

Consciously no. Subconsciously yes. We got tons of experience and I learned that attitude was a big deal so we tried to refrain from using the word no when we were in the studio. We took the word no out of our vocabulary and just tried different things. If you keep saying no you won’t end up anywhere, but if you replace it with yes then chances are you’ll end up somewhere.

Do you have a favourite memory from recording Blue Ceilings?

The record was actually recorded in between tours. There’s 4-5 songs we added last minute and we needed someone to co-produce the album, and I’m a producer but I’m shy about it. I managed to find the confidence to go and produce the songs. It was a big lesson learned. You can rely on money and record labels/producers to make something you want to reflect your art but when you step up to the plate and do it yourself it translates even better and becomes more honest and personal. It’s a lot to handle, to manage the production side of a recording, but I took on the challenge and it was extremely positive.

You mentioned the songs you loved seeing come to life, but was there one you were most excited to play live?

I’d say It’s Taking You. That song is like the swell of the ocean; it slowly pulls people in. You see the room grow silent even when it’s a talkative room. It creeps up on people. This is How I Let You Down did that too. It’s such a simple song but it pulls on you. Resistance is also a lot of fun to play live.

How would you describe your live show for someone who has never seen you play before?

It’s dynamic. I don’t know what classification of music we do. We don’t fit into a specific genre which has always been a challenge. We had to create our own world and the shows reflect that. I can’t say we’re an indie-rock or folk band but there’s a bit of a dance between those two styles. There’s very close moments. I try to be as vulnerable as possible. There’s also explosive moments where it gets loud and bites you in the face a bit more.

What’s it like to spend all that time in the studio and then to release that music and see your fans singing it back to you?

It’s great! You learn the personalities of each song and you start to understand which songs the fans will gravitate to. You can spend your time marketing a single but you’re just guessing. Then you play it live and you’re like “Oh it’s actually that song they sing along to? Cool!”. We’ve been getting a lot of reactions to Burning Flame which is a heavier, darker song and it’s one of my favourites but I didn’t expect people to identify with it the way that they are – but they did. Each song has a life of its own and lives in its own world.

You guys are no strangers to the international touring scene – is there still a place you’d love to play?

Europe is always special. We did the Western Australia countryside and it was so beautiful. The life experience that goes along with touring over there, specifically on that coast of Australia, was particularly marking and stunning. The smell of eucalyptus from the gum and lime trees and the insects and the sounds of the jungle…

You’re definitely not in Canada anymore..

Absolutely! It added to the experience. That’s one of my top places to play and also just to go and hang out.

I know we’re in Toronto right now but I’m from Montreal and I wanted to ask you what it’s like to play your hometown shows?

Oh Montreal! It’s our home and we really started our careers there. I remember when there were no gigs there and we were just playing small shows. We did our first  show at Divan Orange then moved to Casa and suddenly that was full so we moved to Sala Rossa and then that was full so we were doing two nights at the Corona and now we played a sold out Metropolis. We built a bond with the city and the fans. I believe it’s super special, all around Quebec and we get a lot of love. We’re an English band so we really appreciate that we can play English music and be embraced by the Francophone community. To speak French and cross over the boundaries of French and English and have both worlds celebrate music is very special.

Moving away from tour and album talk, I wanted to know if there’s one song you currently have one repeat that you can’t get enough of?

Yes! There’s this band out of Australia called Gang of Youths and there was a faze in the van where it was all I was listening to. One of the songs is called Diving Bell and there’s a vulnerability in his vocal performance which I love. I always try to remember not to sing too stylishly. Just learn to say the words in a way that it’s just coming out of your mouth. As you get better as a singer you can do a bunch of vocal tricks but it’s really about emotion. Just saying the words and meaning it. I find this band does that really well plus they’re just great in general!

Finally what advice would you give up and coming Canadian bands or artists?

You better be resilient and just persevere. Be ready to invest a lot of your money and time.

Thank you so much for taking the time to chat with me.