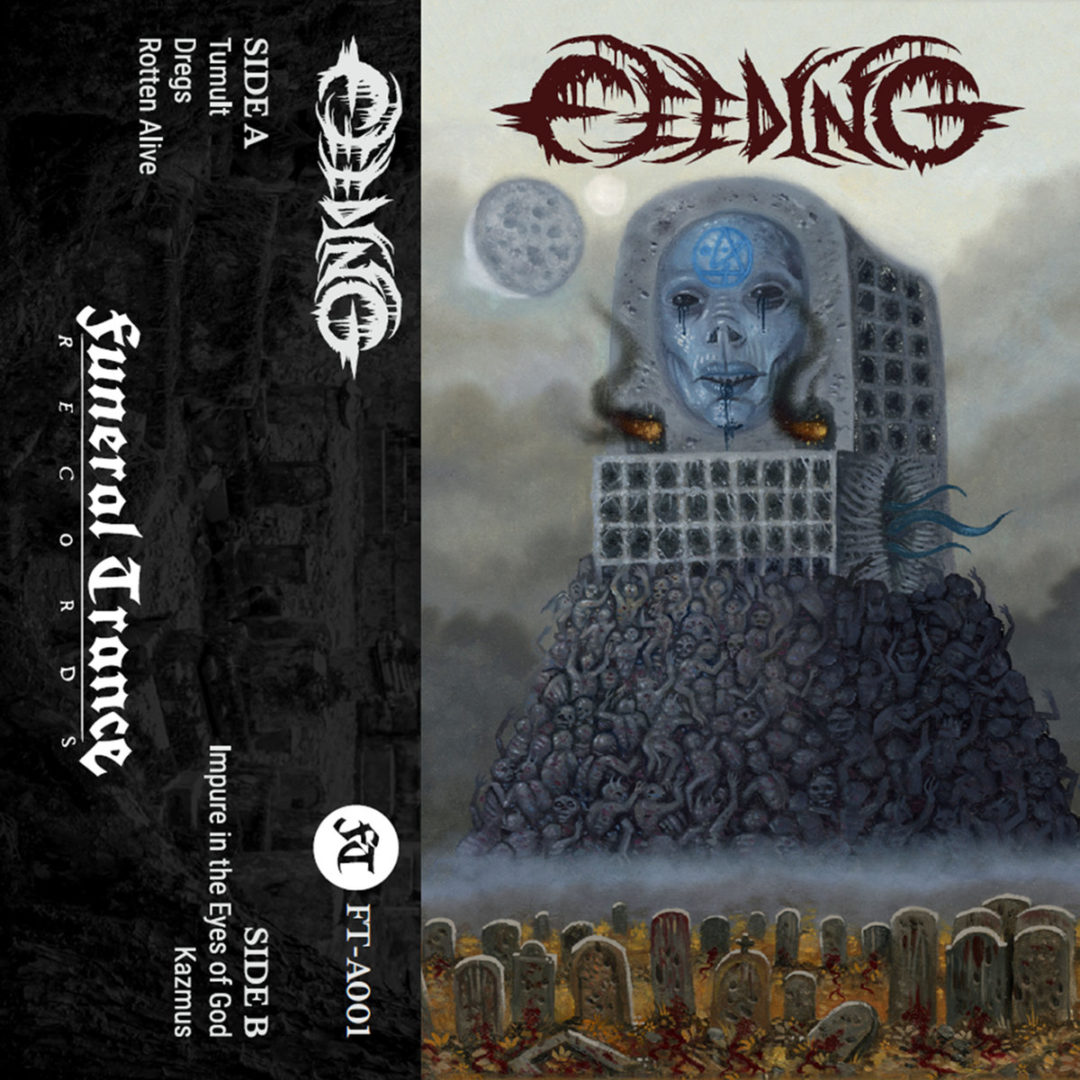 Alberta Hardcore has always held a place in my heart, with its raw emotions, catchy riffs and heavy breakdowns. Ever since Edmonton bands Cold Lungs and Low Level disbanded there was no stopping the fusion of members to create Feeding.

Feeding released their self-titled album on April 28, 2017. The release features five hardcore meets occult rock songs. As a personal fan of Cold Lungs and Low Level this album was a major treat to listen to.

“Tumult” opens the album with a hard hit to your ear buds. It feels as the song begins just as quickly as it ends. The gutturally vocals, hard drums and fast guitars welcome the album with a classic hardcore feel, taking a pause near the two-minute mark to welcome the breakdown that the boys in their previous projects were fond of.

“Rotten Alive” features nothing short of the aggressive and in your face hardcore sound that the bands have released in the past, while the video brings a hypnotic occult feel. Various images depicting; religion, riots and terror flash across the screen. Want to see for yourself check out the following video.

“Impure in the Eyes of God”, again brings in that occult feel, though you get the full on hardcore vocals. The instrumentals have slowed down giving this song a more gothic and black metal feel which was a nice step-back from the rest of the album.

Check out their social media for more information, and to get your hands on a cassette featuring Jason Barnett’s conception of Crawling Toward Death. Feeding will be touring soon and have plans for a follow up album.