Full disclosure, I am not only a massive fan of Catfish and the Bottlemen, they are hands down my favourite band around right now and also my favourite band to shoot. So much so that the day The Ride was released in May I put it on on loop and didn’t listen to anything else until November when Leonard Cohen died. To say I am biased where these lads are concerned is an understatement.

Opening up the show was Columbus, Ohio psychedelic rock trio, The Worn Flints. The threesome has played support for the Bottlemen on several previous North American legs of their tour and it’s apparent why they keep getting tapped. You would be forgiven for forgetting that they were the openers given the full on onslaught they served up to the crowd. Singer/guitarist Kenny Stiegele is a powerhouse behind the mic, but the real magic lies in the fact that you can’t take your eyes off of him as he struts his way around the stage shredding one guitar riff after another. The absolute charisma of the trio and stage presence harkens back to the rock stars of the 70s as does their sound. The Worn Flints are definitely a band that is ready to be a headliner.

Catfish and the Bottlemen are by no means reinventing the indie rock genre, but they don’t need to because they’re definitely mastering it, as was obviously by the reaction of the audience when they took the stage, myself included. When these four guys come out you know you are in for a proper rock show start to finish with no pretentious BS. This being the 5th time I have seen them live since the release of The Balcony I can say hands down that they really do get better every time, Thursday’s show at Rebel was no different. You know you’ve done something right as an artist when you walk on stage and your fans start singing your opening song to you from the word go.

Throughout their roughly hour long set, which truck a perfect balance between old and new material (I’m not going to lie, as long as the boys play “Homesick” and “7” I’m pretty much sold on the gig), front man Van McCann would continually come back to the crowd in this manner. Asking them to take over vocal duties and, without fail, each time the volume in the venue went through the roof as fans responded to his request. Between songs fans would often start chanting “Larry! Larry! Larry!” – calling for tech Larry Lau who has garnered a fan base of his own.

As is always the case with Catfish and the Bottlemen energy levels were on full throttle, with Van barely staying still for more than a moment and Bondy and Benji both wandering back and forth from their mics on either side of the stage to Bob’s drum kit. One highlight for me occurred during the “Soundcheck” when I was still in the photo pit and for the second time at one of their gigs manage to capture a fan passing Van a demo CD.  The biggest reaction from the crowd came just before the end, when the boys started playing “Cocoon” the place exploded!

Conversation was kept to a minimum in the bands typical no-nonsense approach to their show, an approach which they thankfully extend to the lack of an encore, something I utterly despise. With their catchy lyrics, driving drums and bass lines and hard hitting guitar, an hour with these boys is all you need to sing yourself raw. When the Bottlemen play Tyrants you know the show is over… until next time. And as good as these lads are, there will definitely be many more next times. 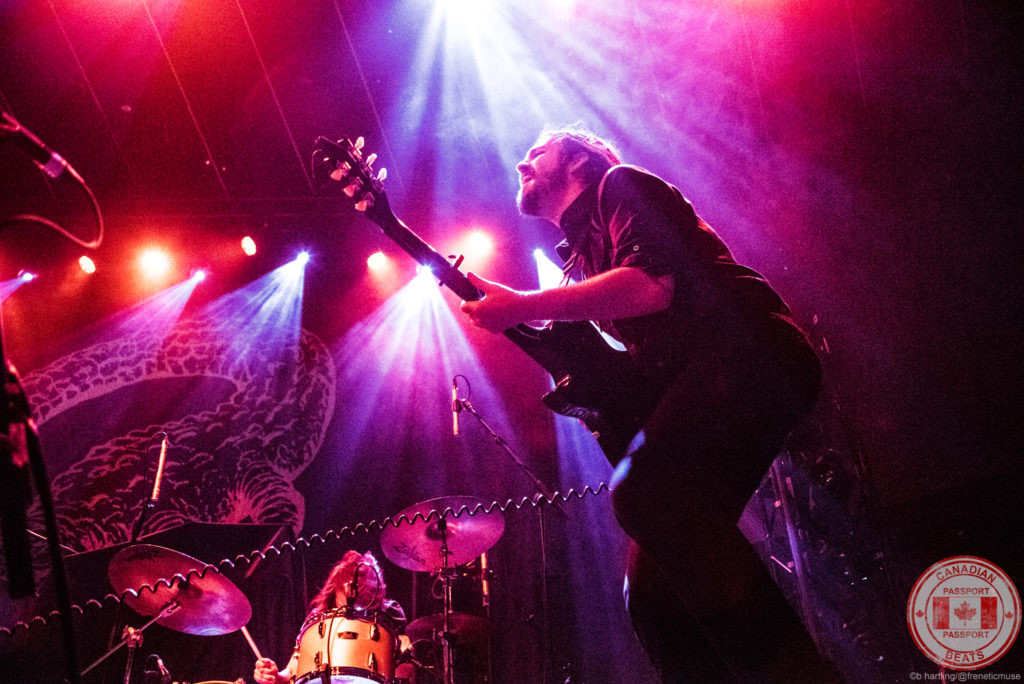 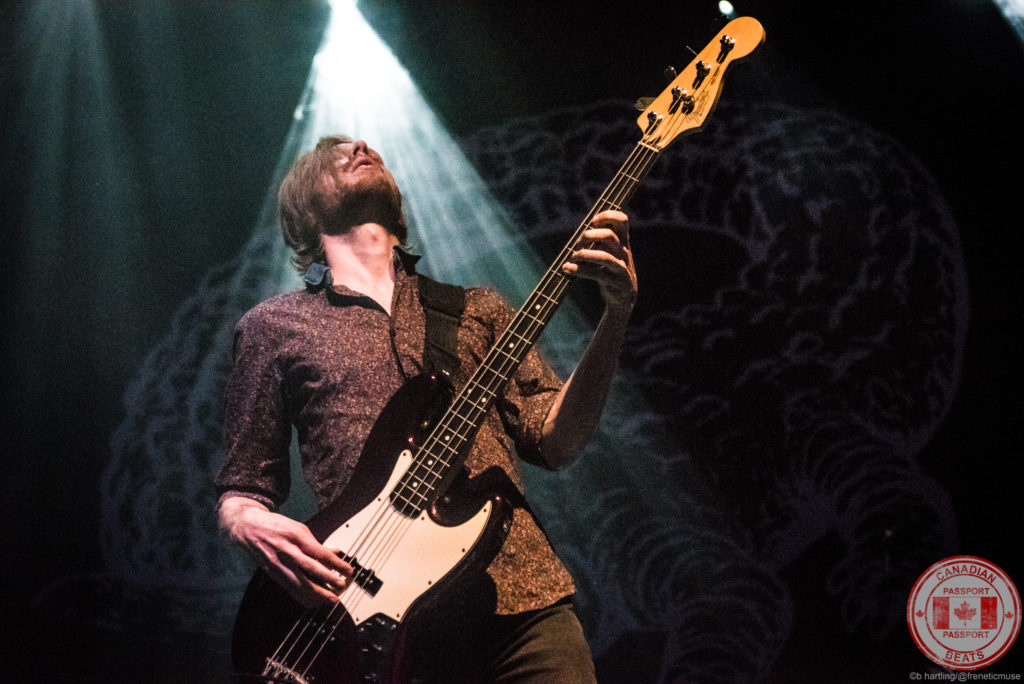 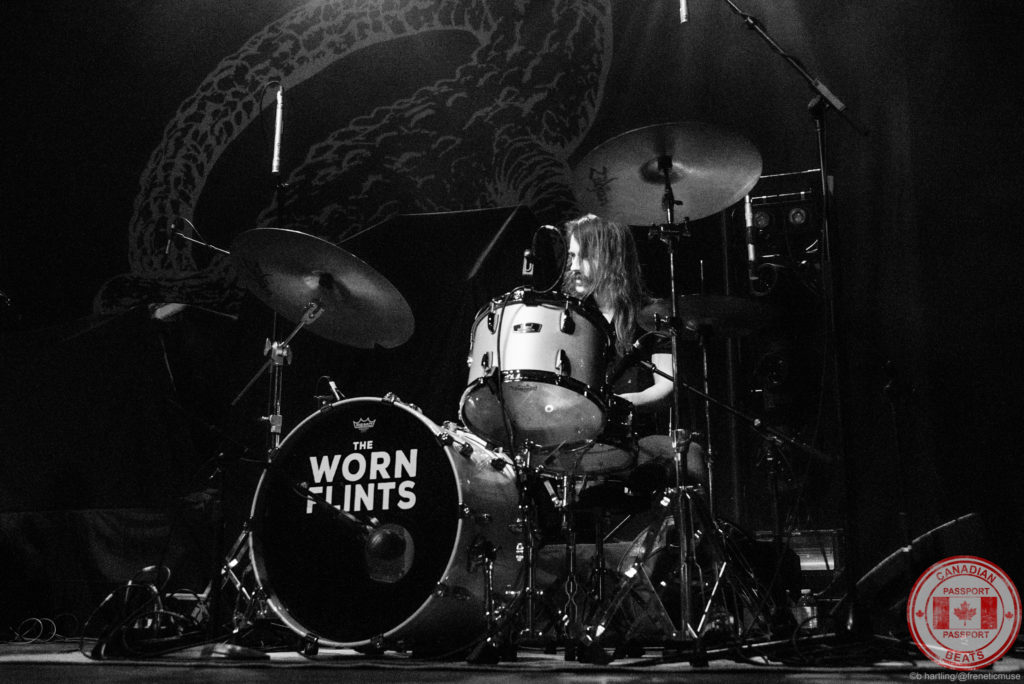 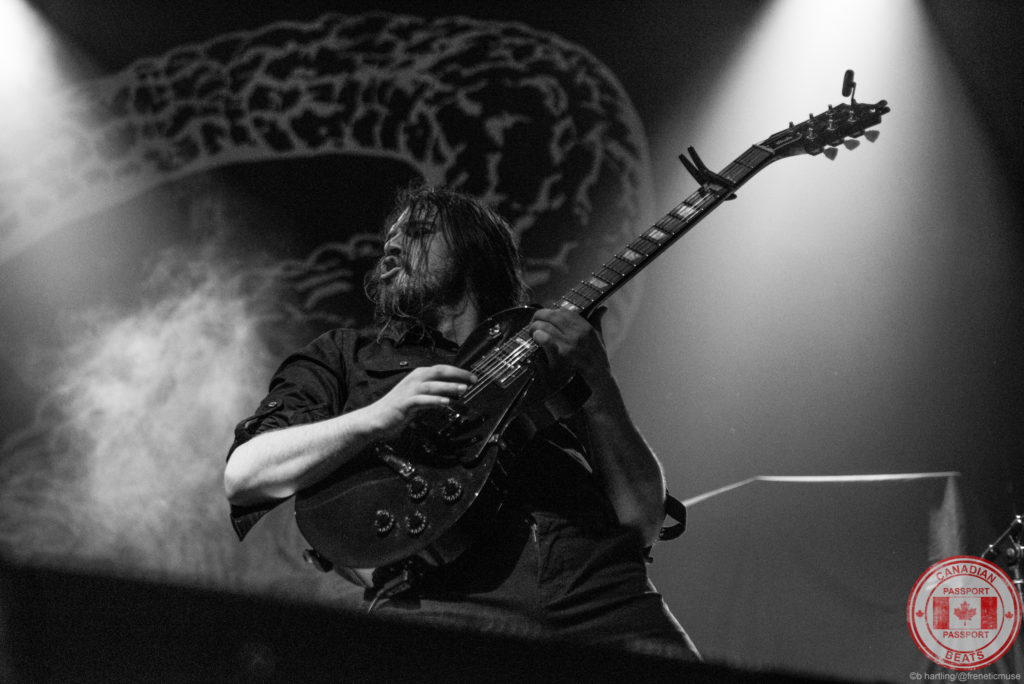 Catfish and the Bottlemen: 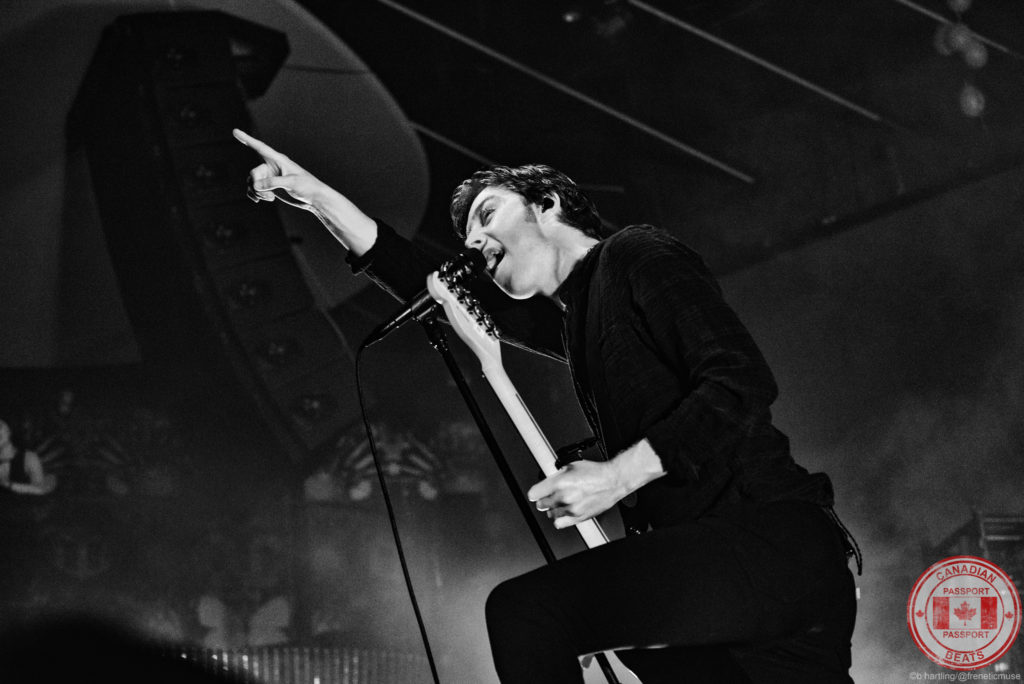 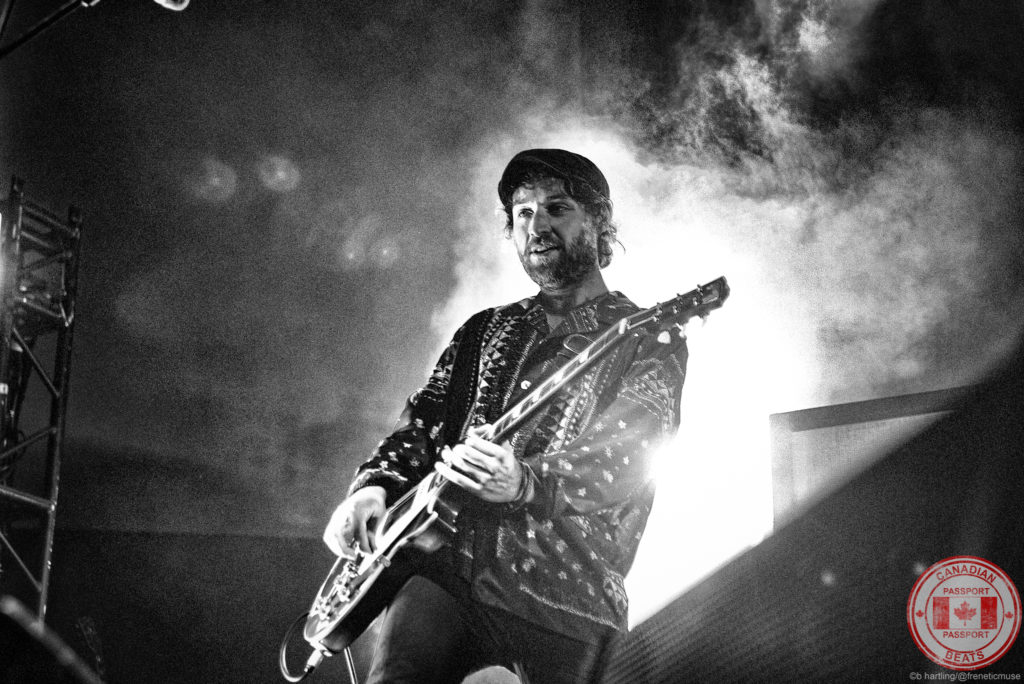 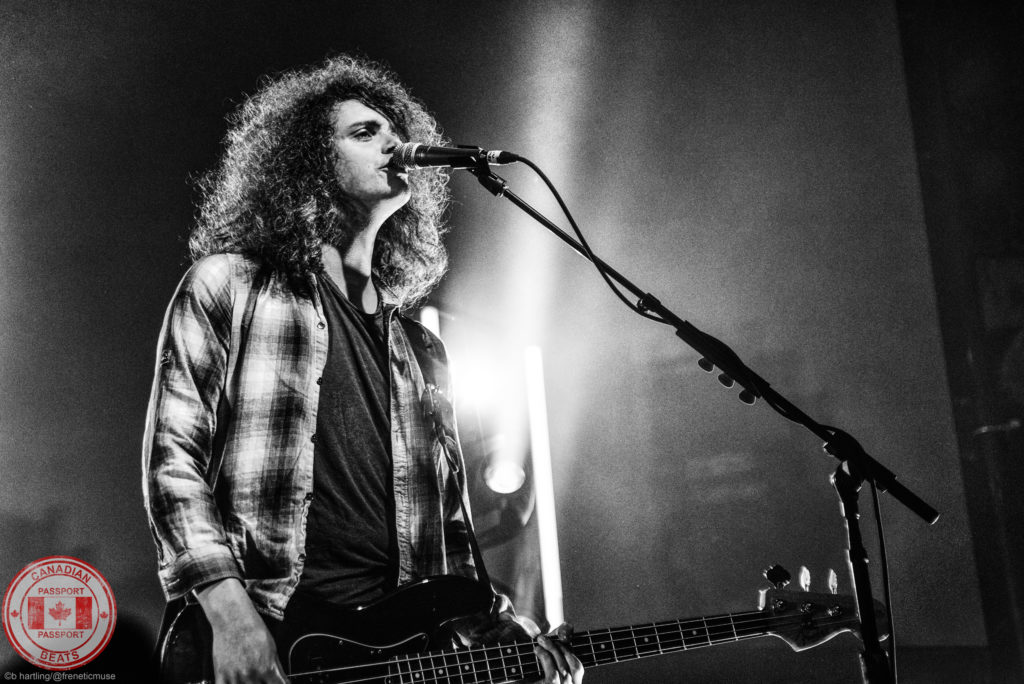 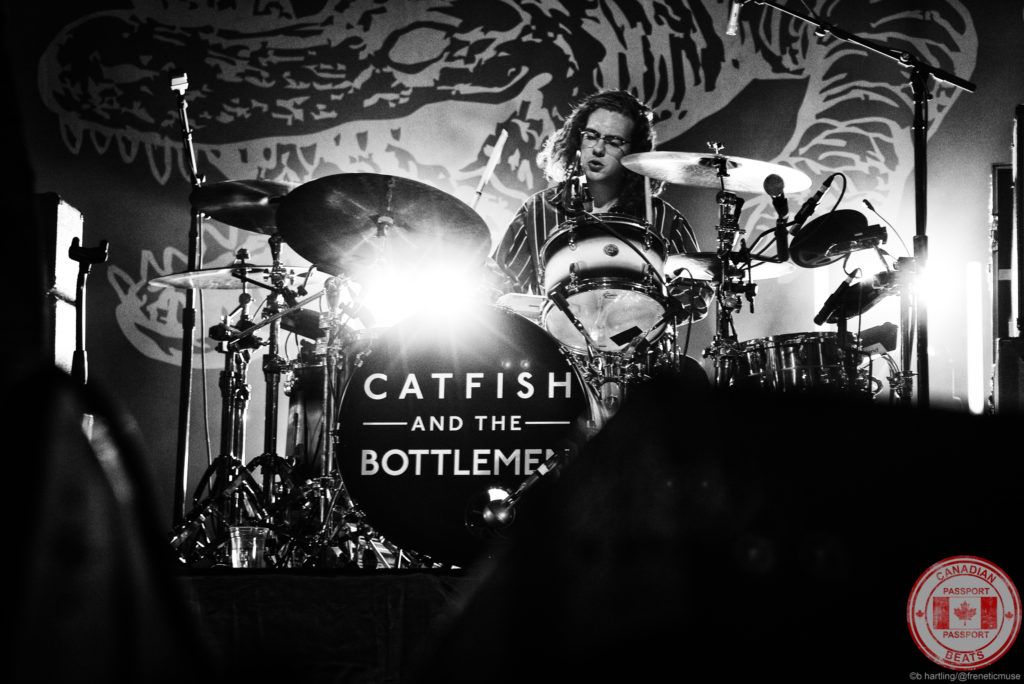 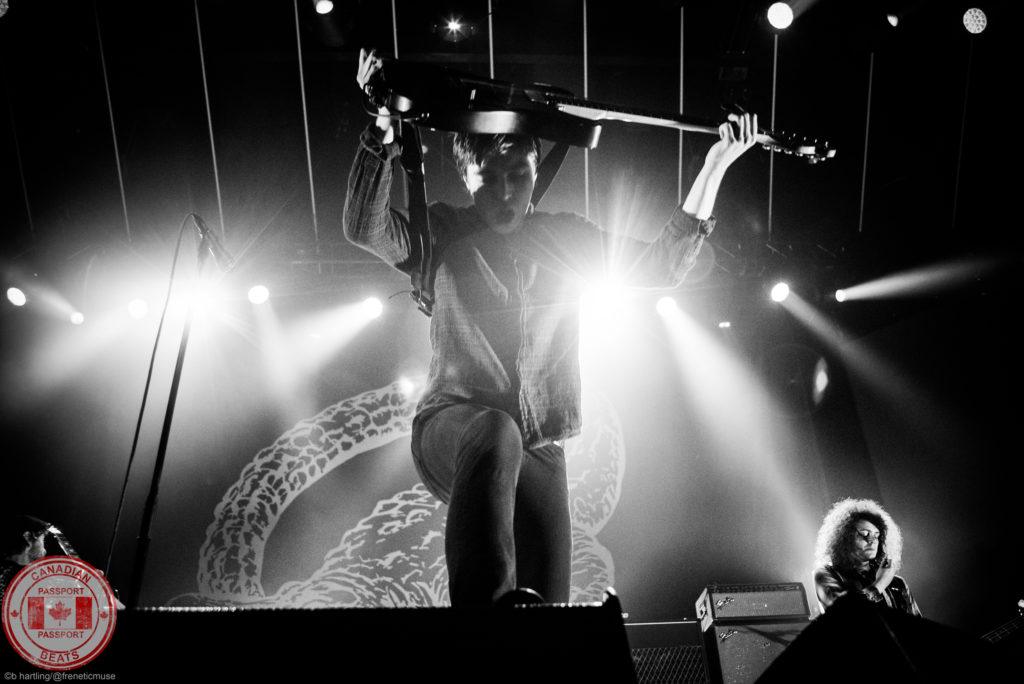 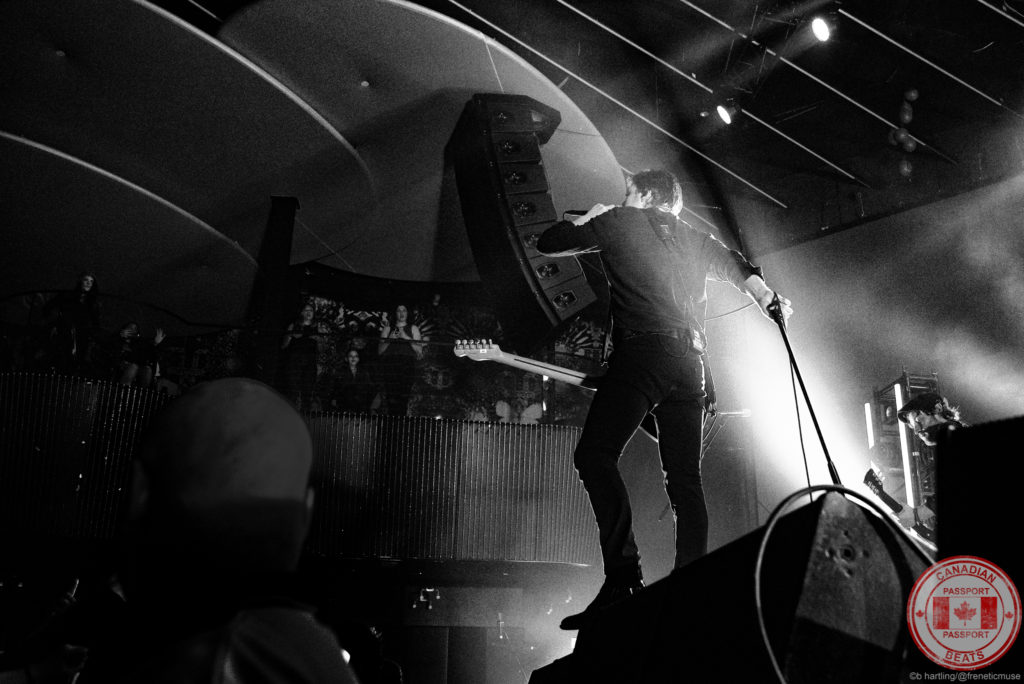