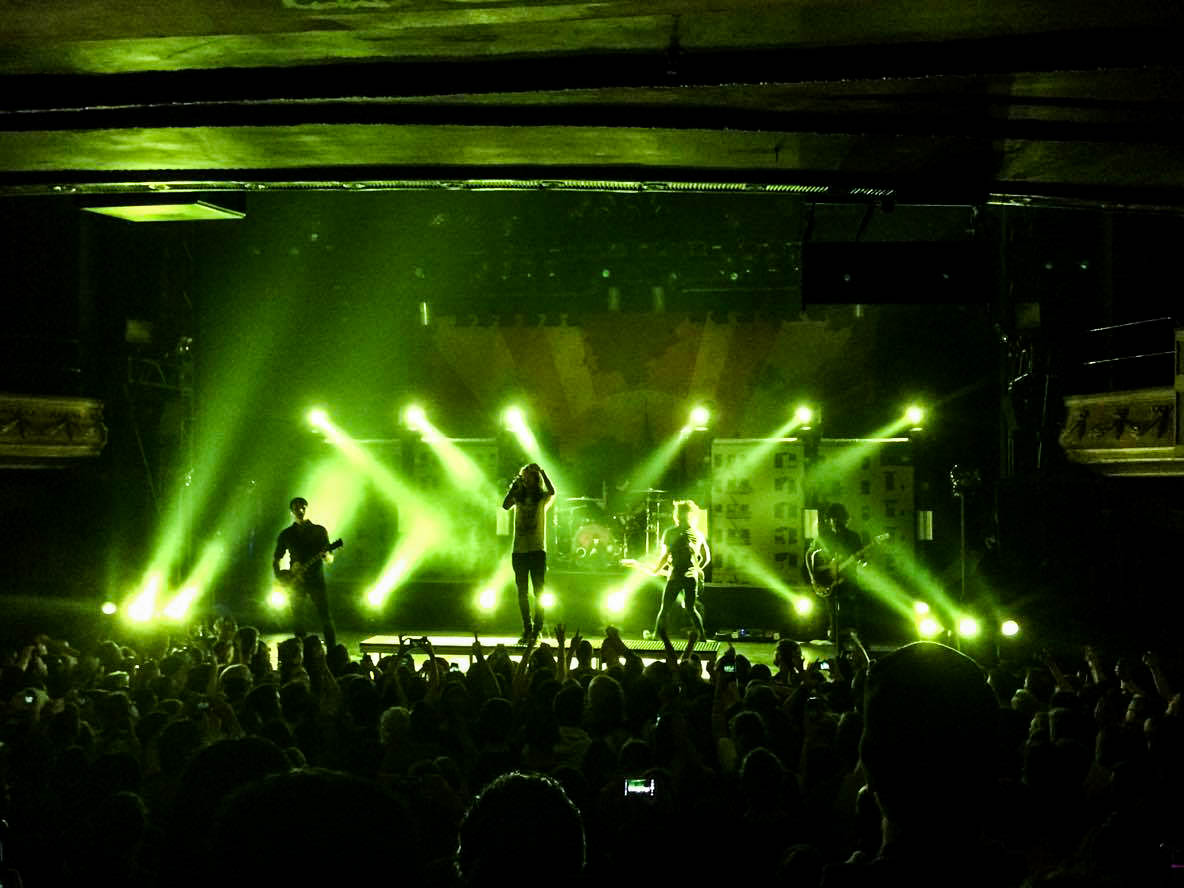 Who: Mayday Parade
When: May 4, 2017
Where: Théâtre Corona, Montreal QC

Ten years ago, Tallahassee band, Mayday Parade, released their first studio album, A Lesson In Romantics. In honor of the ten-year anniversary, the band has been touring North America playing the record in its entirety. I was thrilled to catch them at their stop in Montreal at the Corona Theatre. Opening up the show were Milestones and Knuckle Puck, two bands that perfectly complemented Mayday Parade and helped warm up the crowd for their set.

Mayday Parade took the stage at 9:30 PM in front of a giant backdrop with the album artwork from A Lesson In Romantics. The band began their set with the first track, “Jamie All Over,” performing with as much energy as the first time I saw them at the 2007 Warped Tour. Over the next hour, the crowd sang along to every word of the record from start to finish, with particular excitement over the classic “Miserable At Best,” and “I’d Hate To Be You When People Find Out What This Song Is About.” My personal highlight of the evening was getting to hear old favorites, “Walk On Water Or Drown” and “You Be The Anchor That Keeps My Feet On The Ground, I’ll Be The Wings That Keep Your Heart In The Clouds,” two songs I never expected I’d get to experience in a live setting.

Right after finishing the album, the rest of the band left front man Derek Sanders alone for an acoustic rendition of The Beatles’ “Yesterday.” He continued with “Terrible Things,” building up to a beautiful crescendo, where the band joined in as the backdrop fell to reveal more recent Mayday Parade artwork. We were treated to several other songs before the end of the night, including “Three Cheers For Five Years,” the first song they wrote together as a band, “Kids In Love,” and an encore of “Oh Well, Oh Well.”

The ten-year anniversary tour for A Lesson In Romantics was not just an incredible show, but was also a trip down memory lane for many of us in the audience. It was a reminder of all the best parts about high school, from counting down the days to the next Warped Tour, to the underground club shows that your parents almost didn’t let you attend, to sitting in your friend’s basement and alternating lines while singing “Miserable At Best.” It was a reminder of how just the right song can make you feel your best, even when you’re at your worst. As Derek said, we can only hope to all return to celebrate and relive the album for the twentieth anniversary in 2027.