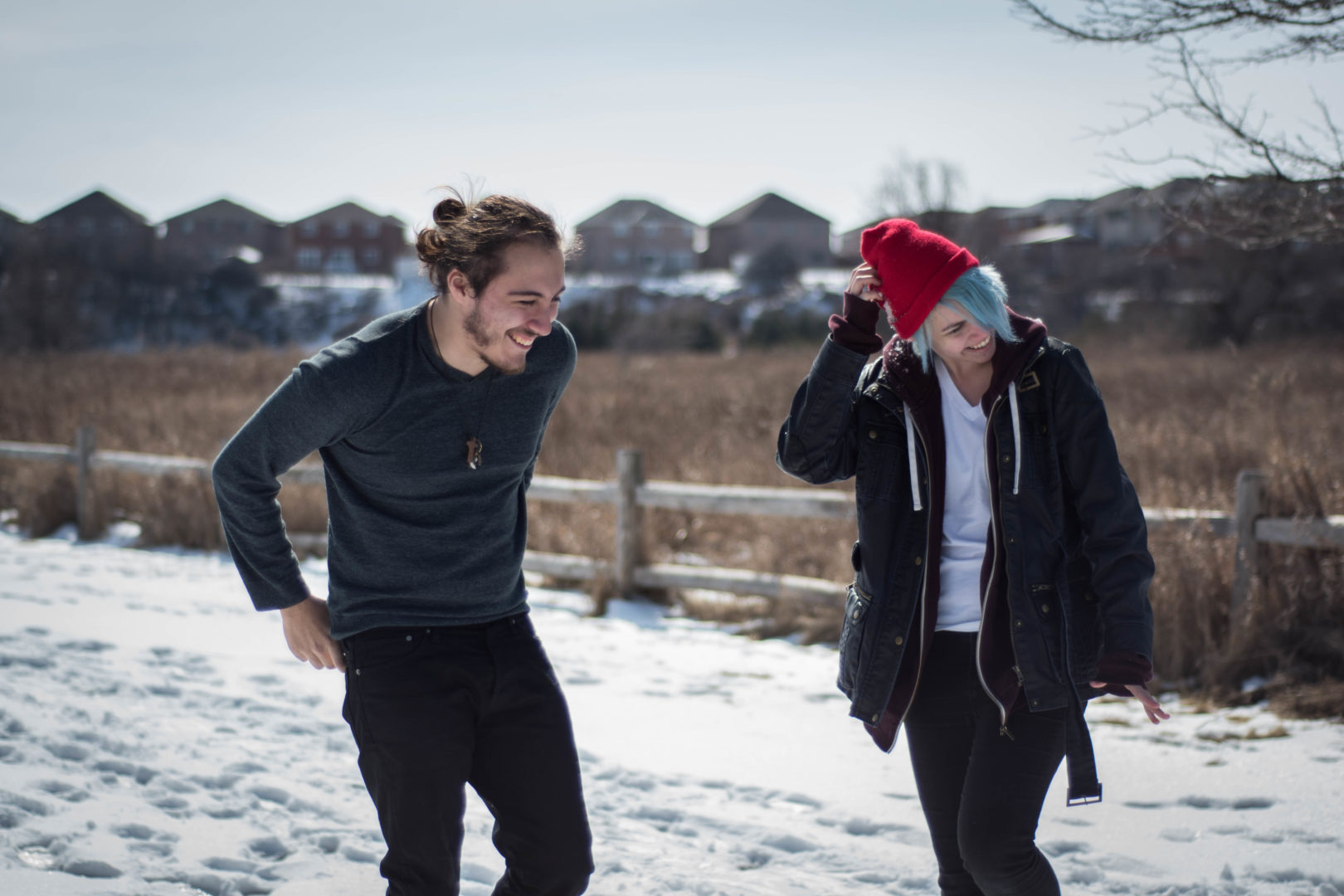 FXRRVST (pronounced “forest”) is made up of Matthew Fuentes and Holly Forrest, an Australian/ Canadian indie-duo which was formed in 2015 after Holly moved to Toronto. I had the chance to chat with them via email for our  newest segment of Five Questions With in advance of their album release party at The Drake Underground on May 26 for their release, May XXVI! Enjoy!

Hello! We’re Matt and Holly and we make up the band FXRRVST (pronounced ‘forest’), an Australian/Canadian indie-alternative, eco-friendly duo!

We write differently for every song. Sometimes we’ll sit down and write the entire thing together. Other times it’s more like a puzzle, where one of us has an idea and the other finishes it. We really have no clue what genre we really are. We tend to just write music we like and we hope everyone else likes it as well. Some people say we’re folk, others say alternative but it’s really up to whoever’s listening.

Our next show will be our debut album release at The Drake Underground on May 26th! If you come to one of our live shows, you can expect more of a personal experience. You won’t see us dancing on stage but we will get to know the crowd and we like to build a more personal relationship with our fans, along with some mostly awkward stories in-between songs.

Definitely our first single off our album: Tidal Wave.

Holly: One of my favourite of all time let alone Canadian, would definitely be Tegan and Sara. From the live banter to the metaphorical lyrics. Growing up in Indonesia, there weren’t too many Canadian artists playing but Tegan and Sara were definitely a huge part of what made me want to be a musician.

Matt: Growing up in Toronto/Mississauga, Canadian music was all around me. A few bands that really stuck with me would definitely have to be the Arkells, The Zolas, Stars and Metric