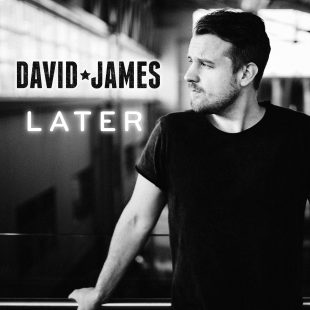 Winnipeg-based and award-winning country music artist David James released his new single “Later” to Canadian country radio on May 2 and everywhere else May 5, and his fans are just so thrilled for this one.

There’s a sweetness to “Later” and it’s so easy to listen to because of James’s smooth and beautiful voice. It makes you want to get out there and meet the girl you’ve always wanted. This song gives you the words you need to say.

When asked what drew him to this song, James responded,

“Going into this newest EP we really tried to elevate my sound to the next level. “Later” is definitely a little heavier than my previous releases, but I don’t see it as a new direction as much as it is an evolution in where my music is naturally headed. When I’m playing live I’m a very high-energy performer and I wanted more songs that really highlighted that drive. “Later” definitely does that, and I think people are going to be really excited about what they hear.”

“What are you doing later?” The answer – checking out “Later.”

It looks like David James has a busy summer lined up. If you haven’t caught one of his high-energy shows (his falsetto is crazy wicked), I urge you to catch one this summer. You won’t regret it.