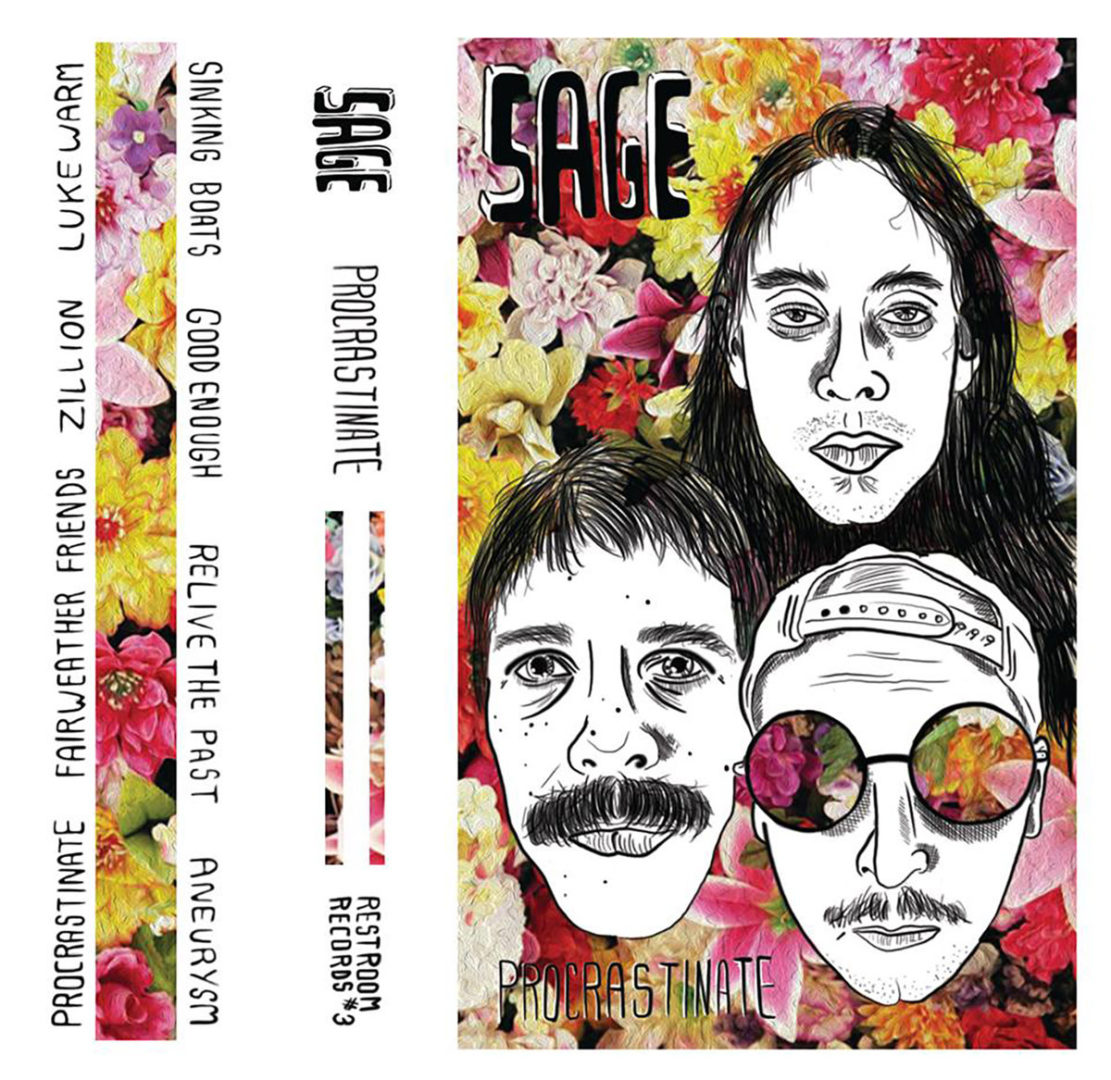 The style of grunge evokes a certain nostalgia of the 1990’s; dressed in dirty converse, torn jeans, ill-fitting sweaters, and greasy, ratty hair, grunge was the style which rejected the polished manner in which rock music was delivered throughout the previous decade and embraced a certain ethos which resonated with punks and social misfits alike.  While many would argue that grunge died shortly after Cobain in 1994, but as the existence of Sage– and their recent release, Procrastinate– would beg to differ, sitting on the idea that grunge has grown into an aesthetic that can be captured, no matter what year it is.

From the very first note of the opening track, “Sinking Boats”, the essence of grunge is perfectly encapsulated on Procrastinate.  The track is dissonant, low-fi, and sloppy.  The vocals are raspy as if the singer is dragging the words out of his vocal chords.  The instrumentation is jagged, rough, and abrupt, but damn, if this isn’t one of the rawest forms of expression and angst that I’ve heard from an up and coming band, then I don’t know what is.  As Procrastinate continues with the slow drag of “Good Enough” and the haunting echoes of “Relive The Past”, it is clear that Sage have stumbled upon a rough and messy sound that is unique to themselves.  While this is most definitely an acquired taste, Procrastinate demonstrates the same emotional expression- both vocally and instrumentally- that Nirvana and The Stooges once cranked out at outrageous decibels.

Speaking of Nirvana, Sage also included a cover of the band’s 1991 song, “Aneurysm”, a track among the best that Nirvana released.  Sage pays a fitting tribute to their obvious hero with their cover, a definite highlight among the eight tracks of Procrastinate.  The title track also stands out for the bands use of clean and fuzzy tones as the song grows from a softer verse into a dissonant chorus.  Perhaps my favorite track on the album is “Fairweather Friends” a song which feels as if it was pulled right from the Cobain songbook, and like much of the other songs across Procrastinate, Fairweather Friends” has this feeling that at any moment it could fall apart, but the band manages to control their breed of chaos.

All in all, Procrastinate is a very fun album, especially if you grew up on a healthy diet of grunge and 90’s alternative rock.  In many ways, it is the modern version of Nirvana’s debut record, Bleach, an album often overshadowed by the massive success of Nevermind, but beloved by diehard fans for its gravelly and rough textures and raw emotional response.  By no means is Procrastinate an example of strong musicianship, but that’s where its charm lies.  Artistry and expression are at the forefront of this album which perfectly transitions the values of early grunge music into 2017.