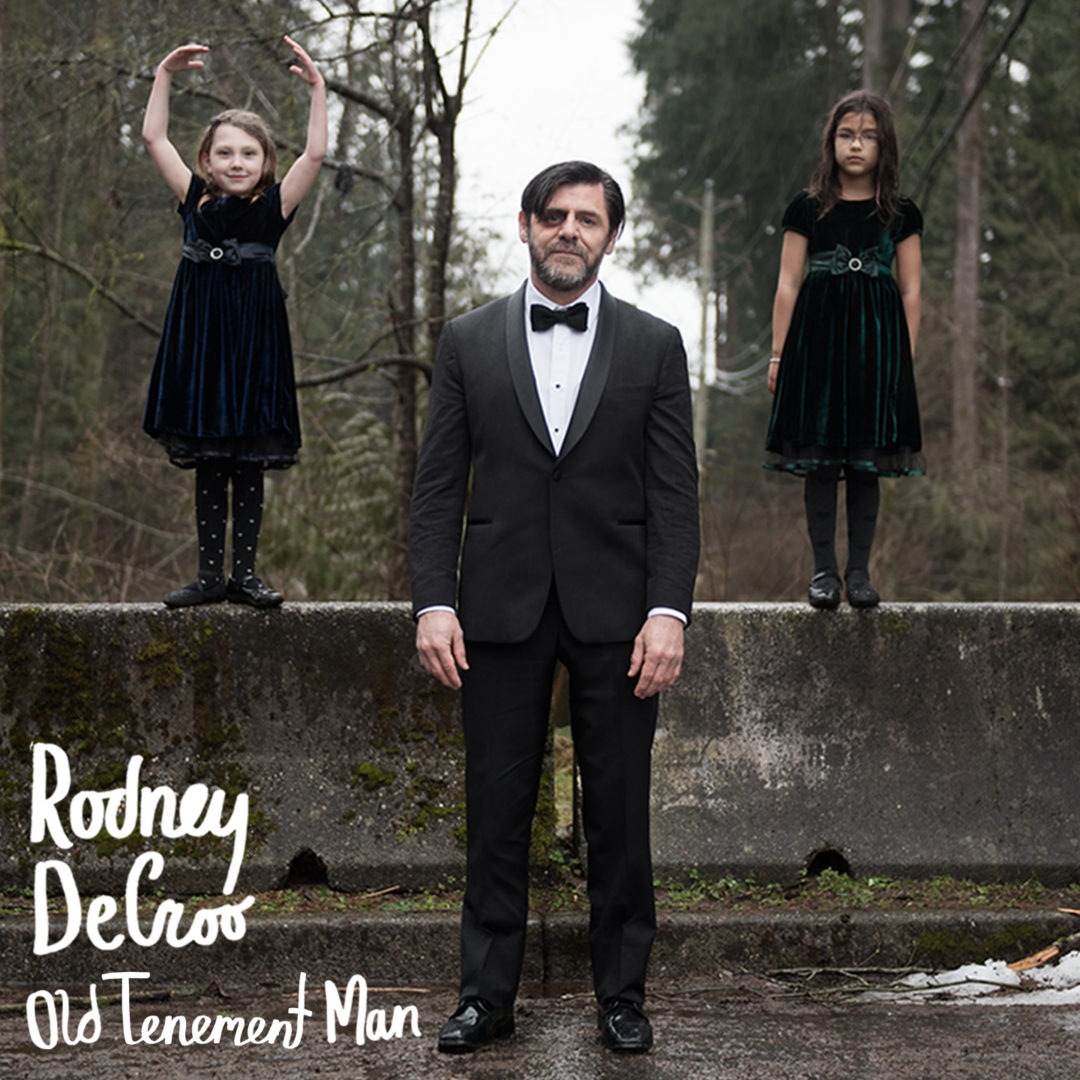 Canadian creative powerhouse Rodney DeCroo is wowing with his latest album, Old Tenement Man. Building on the foundation of his 2015 album, Campfires on the Moon, Old Tenement Man is a 13-track storytelling extravaganza that stresses DeCroo’s vocal mastery and expert lyricism.

The album kicks off with track “Jack Taylor”, a drum-heavy, downbeat-steady song with a distinctly Country twang to the vocals. With unflinching lyrics, a splash of tambourine, and a soaring guitar riff spicing up an otherwise steadfast rhythm, “Jack Taylor” concisely sets up the audience for what to expect from Old Tenement Man: a true-to-its-roots joyride that bounces between gritty rock n’ roll tracks and twang-y Roots clap-along’s.

Mid-track romp “In the Backrooms of the Romance” is the most prime example of those clap-along’s— DeCroo’s easygoing timbre and the infectious strum of the guitar in the background makes for an irresistible, distinctly summery foot-tapper with a nostalgic twinge to the lyrics that will appeal to fans of The Sheepdogs and Counting Crows.

Rodney DeCroo is touring across Canada this summer starting this May, and with a release as hot as Old Tenement Man, it’s a tour not to be missed.