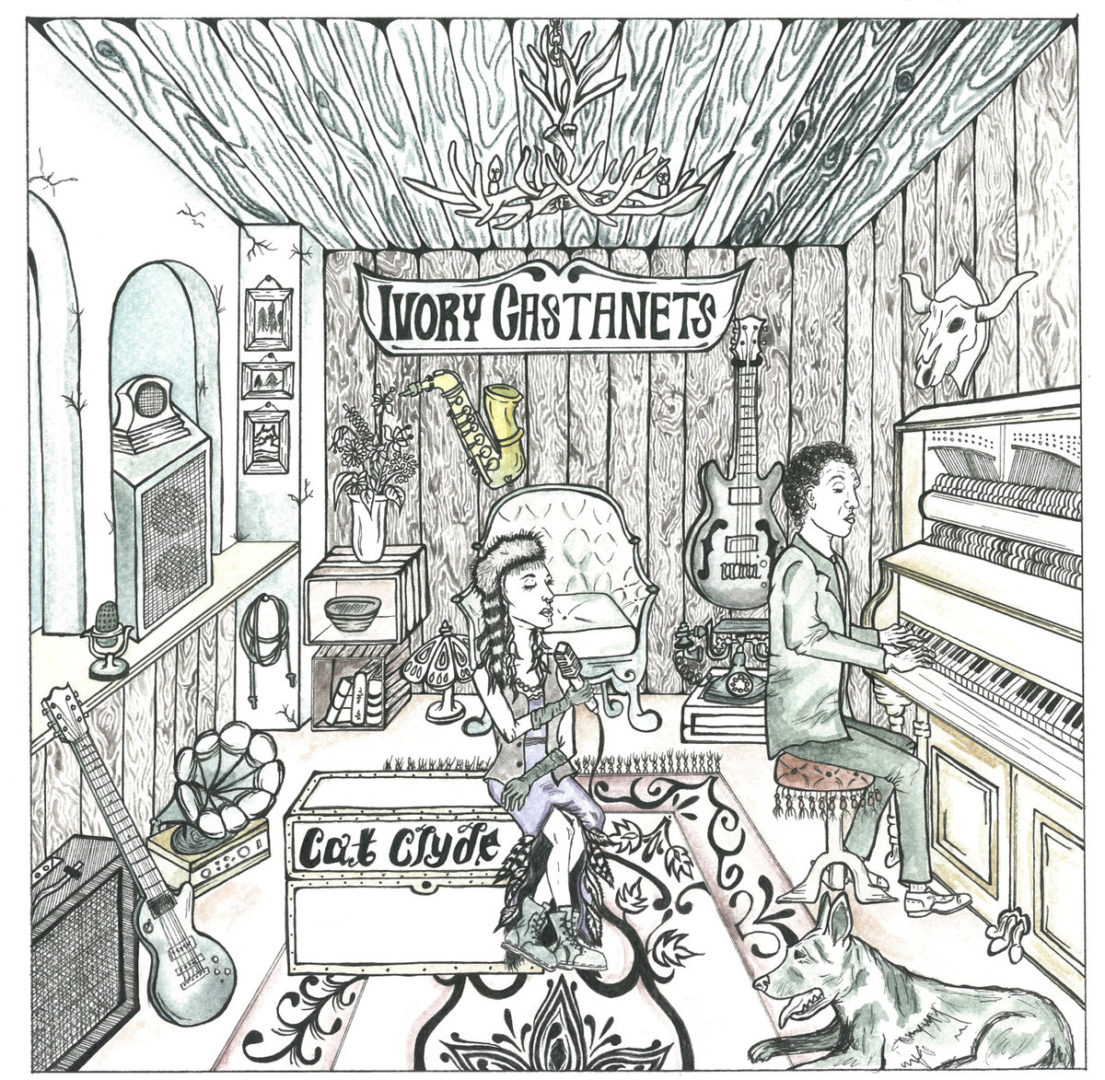 Hailing from Stratford, Ontario- a town rich with a poetic and Shakespearean flavour- comes Cat Clyde, a singer-songwriter as versatile and dynamic as you could imagine!  Her debut full length record, Ivory Castanets demonstrates just that with a unique collection of music, covering pop, jazz and the blues.

Contrary to the styles mentioned in the previous paragraph, “Sheets Of Green”, the opening track of Ivory Castanets lends itself more to country with its acoustic guitar twang and slide electric echoing behind the excellent vocal work by Clyde along with her lavish harmonies to give fill out the open space left in between the instruments. The track also features an acoustic guitar solo that oozes straight blues and ties the sporadic and improvised guitar vamping that floats from here and there throughout the song.  “Running Water” picks up on a similar vibe as Clyde sings over a classic 1940’s big band rhythmic pulse- played across guitars, drums, and a toned down horn section- with a classic blues impulse.  I can vividly imagine the smoky jazz club in which Clyde is scatting her blues away while listening to this track.

Clyde’s connection to the blues and other related styles continues to develop throughout Ivory Castanets.  Tracks like “The Man I Loved Blues” and “Move Along” capture a raw blues feel, the former taking a traditional form and different production techniques to make it sound as if it’s emitting from an antique radio, and the latter taking what feels like a more improvisatory approach through the abundant acoustic slide guitar parts as Clyde’s vocals grow to a booming rock howl.  Other tracks, like “Walking Down The Road” bring out a ragtime feel slightly reminiscent of the early 1900’s and Broadway while “Heavy Weight” feels like a blues rock track from the 1970’s.  Regardless of which ever period Clyde seems to be inspired by, she sounds like she is having fun and truly feeling her music, something which is often absent from much of today’s pop music.

Over the course of its ten tracks, Ivory Castanets introduces a unique- and in some ways, minimalist- approach to how we often think of the singer-songwriter style.  In the 1960’s, we had Janis Joplin, the 70’s brought along Stevie Nicks, and the 90’s saw Alanis Morissette take centre stage of the style only for the 2010’s to bring along a wave a singer-songwriters who over simplified the genre to the point that it lost all excitement and rests in a lurch where it is not quite folk, nor is it quite pop.  Cat Clyde stands out for what must be her intentional exclusion of such modern trends in the style as a means of returning the genre to its dynamic roots.  There is nothing indie about this album, and as far as pop goes, there is only a splash of it in Clyde’s voice.  Instead, her songs rest firmly in the inspiration of the blues, occasionally wandering into country and jazzier territory, to deliver a record which reveals a musical expression that is authentic and dare I say, soulful.  Upon listening to Ivory Castanets, I feel as if I have taken a tour of Clyde’s record collection; flipping through vintage records from the likes of Joplin, The Rolling Stones,  Chuck Berry, Muddy Waters, and Etta James.  Cat Clyde certainly wears her influences on her sleeve and the result is Ivory Castanets; the most exciting singer-songwriter album that I’ve heard in years.