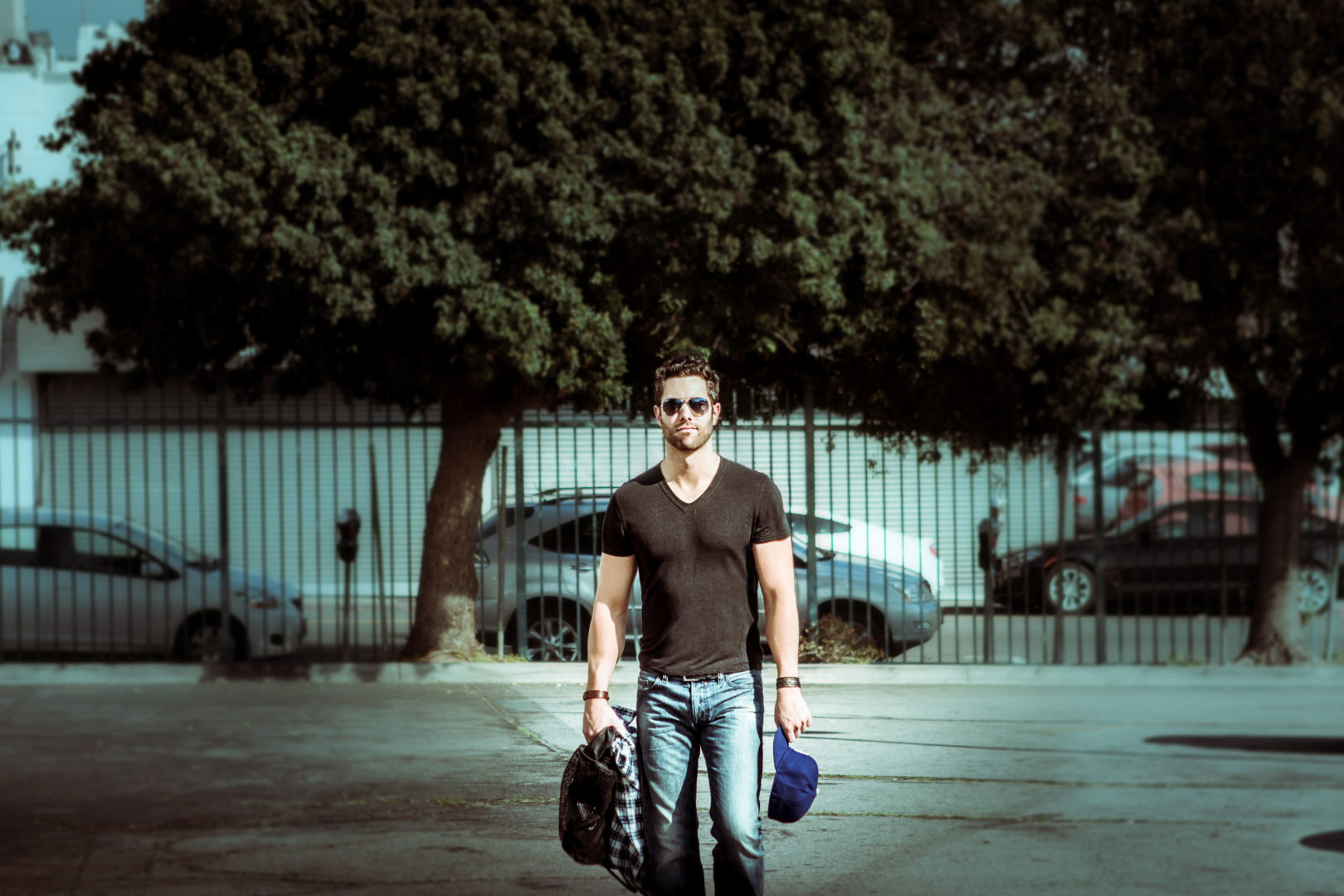 Vancouver’s own Dave Hartney will be releasing his debut single “Party Lights” on May 5th. The country music singer/song writer has already captured the hearts of many while sharing the stage with some of Canada’s greats like Dallas Smith, High Valley and many more. Canadian Beats had the chance to catch up to Hartney to discuss music, his single and what’s next in his career. Check out what he had to say below.

“Party Lights” is your debut single, tell us about the track.

I really think people will love this song! It starts with a catchy guitar riff, and kinda builds from there into a fun chorus. The lyrics are very visual and I think people will instantly have their own music videos playing in their minds. It’s definitely not a song that takes itself too seriously, it’s a fun summer song meant for backyard parties, the boat rides, the campsites at a summer festival, and all that good stuff. I pride myself on being a songwriter, but this one was written by some great Nashville writers who’ve written for some big artists that I won’t name drop (cough cough Miranda Lambert, Jake Owen, Justin Moore, sorry!). It really felt like me when I heard it, and something I wanted to have in my live set list live so I’m excited to start my career with this one.

You have shared the stage with many talented artists, what has been your most memorable experience with them?

I have been really lucky that way, despite not having a single out before. I was playing a festival and got to open for Dierks Bentley and Vince Gill on the same day a few years ago! Dierks is kind of my idol and I used to watch him at the campus bar in Saskatoon, when I was going to school there and he was touring 200 person clubs. So to actually have a beer with him back stage years later, and watch his show on the stage was cool. I watched Vince from back stage as well and as he came off stage, sweat and all, I got him to sign a guitar. He’s a legendary player and I wanted him to sign a guitar. It was a pretty non expensive one but looked very beat up and vintage. He didn’t want to sign it at first because he though it was too valuable to sign, but I reassured him it was just a regular old tele, and Vince signed it in the wood and its hanging up in my music room!

Canadian country music is blowing up the scene right now, what do you think sets you apart from other artists out there right now?

Well the music has to speak for itself and only people in the industry and ultimately the fans will decide that, so I’m not going to hype that myself. Hopefully the songs I release will be ones that people decide they want (or better can’t help but want) to hear and that’s what sets you apart more than anything else.  Other than that, I think because I’ve been playing live for a long time and slugging it out in the clubs and bars, I think my live show will be the difference, and my ability to connect with people from the stage. I am a guitar player as well as a singer/songwriter, and have got asked to play from some great local artists like Damian Marshall, Jojo Mason, Chris Buck, Karen Lee Batten etc, and in my own band it’s fun to have some very accomplished guitar players from other well known bands fill in with me, and then trade solos and try to keep up with them. I think people appreciate an artist’s musicality.

What can we expect next from Dave Hartney, tour? Full length?

Right now I’m really focusing on the radio tour to give this song the best chance at success. I’m going across all the western provinces the second week of May, and then across the Maritimes and Ontario at the end of May. I have a couple cool festival shows lined up this summer including a big one-day festival called Gone Country, that also raises a huge amount of money to fight cancer (Tim Hicks and JoJo Mason are headlining that), and then I’ll be at Sunfest which is BC’s big country festival (Toby Keith and Little Big Town are headlining). And then it will be working on the next single!

What do you think is the key to “making it” in the music business?

I think you first have to put out music that people want to listen to, it really comes down to that. From what I have seen, supporting that takes real persistence because it’s so difficult to get traction and attention in todays world with so much noise. People have to like you and want to help you, so personal relationships/freindships are huge and building those. For me I love playing music so I’m going to give it my best shot, but I’m not doing it for my ego or to get famous, I hope people will get to hear my song(s) and that the audience grows, but I’ll be playing music for a long time regardless of the outcome because I love it.

If you could pin it down to one moment that made you decide music was your calling, what would it be?

It’s so hard to pick, because for me it was a series of things: when I was a kid watching Marty McFly (Michael J Fox) rocking out in Back to the Future made me want to learn guitar, a camp fire jam with a buddy in university made me want to start a band, seeing Aaron Pritchett rocking a bar (that I now play) before he was releasing music made me want to play clubs and entertain, but if I had to choose one thing maybe it would be seeing Keith Urban live, just watching someone take a crowd on a ride/experience with his talents and songs just made me want to chase this thing for myself and deliver that kind of experience to music lovers! I’m all about getting to the biggest live stage that I can get to in my career. That’s what drives me.

Here at Canadian Beats we like to include a just for fun portion to help your listeners get to know you better, ready!?

If you could put together the most amazing Canadian country music tour, who would you invite?

Ok this is hard because I’m friends with a ton of Canadian artist and I know I’m going to leave someone out. But in no particular order, I would have to start with Aaron Pritchett who really inspired me and I think is still maybe the best Canadian entertainer out there – I would want to give music fans that experience. I would definitely bring my buddy Chris Buck along, and he’s obviously killing it. I’ve never met them but I’m really digging what James Barker Band is doing and I actually cover Lawn Chair Lazy sometimes (Beer Beer Beer) so I’d bring them just to hear that song each night. And then you need some ladies of course so if they were willing to come along on my little tour maybe BC girl Madeline Merlo, but I’d also see what Jess Moskaluke, Meghan Patrick, and I’m sure a bunch more haha! Let’s make it a full three-day festival.

I would probably be a cop or something, I always wanted to do that, so probably rolling around trying to do my best at that and give back to the community. Maybe get back into shape and try to walk on to a hockey club or something!

Collective Soul! And I still love those guys. I love a lot of 90’s rock bands and I used to do a banjo cover of their song December.

What artist on your own playlist can you not get enough of right now?

I’m really digging the Brett Young album right now. I heard a live thing he did on satellite radio, and him telling the stories behind the songs got me really into an album. He’s a great sales guy and obviously a talented songwriter because he was involved in writing I think every song on the record. I also like a newer country artist named Russell Dickerson, who you should check out – esp the acoustic version of his song “Yours.”

What are three things, non music related, that you can’t live without?

My family & friends, my Jeep, and a stiff rye and ginger! I’m no good at these types of questions haha.

Thank you! Most of my fans have been people who have followed me after seeing me at a bar or festival. I’m amazed when people travel a long way to catch a show (I met a retired couple from Craven, Sk that have planned trips to BC around my shows!) and just constantly supported stuff I post or come out to shows. Music is all about word of mouth and your immediately friend/fan base and word of mouth is where it all happens, even for more established artists, but especially when starting out. So I just hope they will love this first song!

Thanks so much for having me Canadian Beats!!