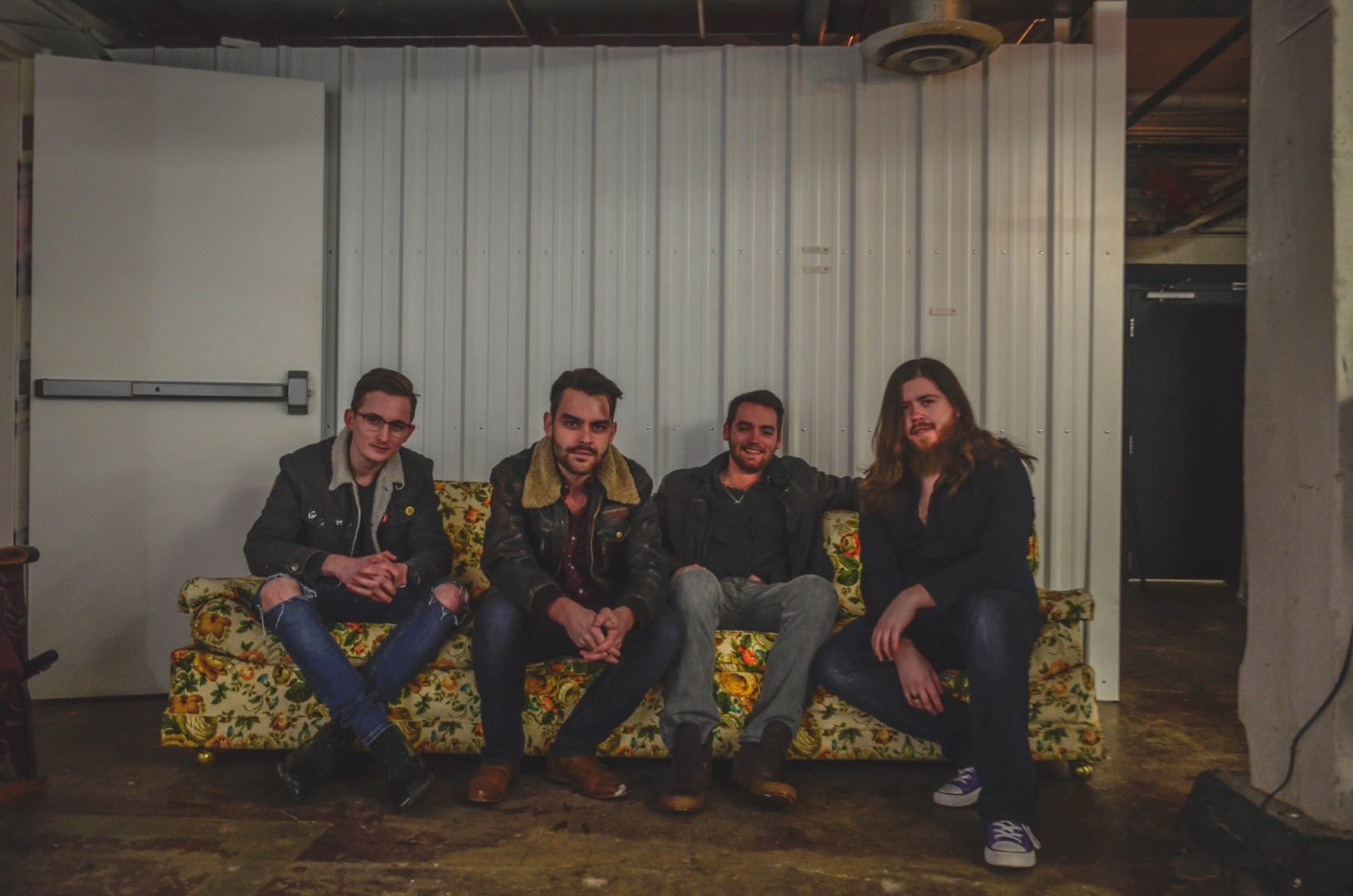 We recently had the chance to chat with four-piece Edmonton rock band, FKB. The band has just released their new single, “Bright Lights” and is about to embark on a Canada/ Northern US tour, so what better time for everyone to find out more about them in our Five Questions With segment! Enjoy!

Hey, we are FKB, a four-piece rock band from Edmonton, Alberta consisting of Drew Shalka, Derek Chalut, Travis Topylki, and Alex Fedorouk. We have been performing for 8 years now and started the band when we were in high school.

We were influenced early on by The Beatles and The Beach Boys so when we started writing songs we were trying to develop big vocal harmonies and songs that would have the feeling of those sixties bands. As we developed our live show we had a goal of writing songs that would really connect with the audience and reach different emotions throughout the show. We really end up gravitating towards the happy and fun songs for the most part.

We have a tour of Canada and the Northern US coming up with shows throughout the summer. Our shows in May are East Coulee Springfest on May 6th near Drumheller AB, The Sewing Machine Factory in Edmonton AB on May 18th, Northern Bar and Stage in Fernie BC on May 19th, The Arlington in Trail BC on May 20th, Mama Sita’s in Winlaw BC on May 21st, and The Roxy in Vancouver BC on May 27th. More dates are listed throughout the summer at http://fkbmusic.ca/tour Our live performance is very energetic. We like to move around a lot during our shows. We try to make the show about everybody who is there and make each night special. In two words I would say the show is “audience oriented”.

Our newest release “Bright Lights” is probably the best one I would suggest people listen to.

Our current favorite artists are: The Arkells, Down With Webster, and The Weeknd.