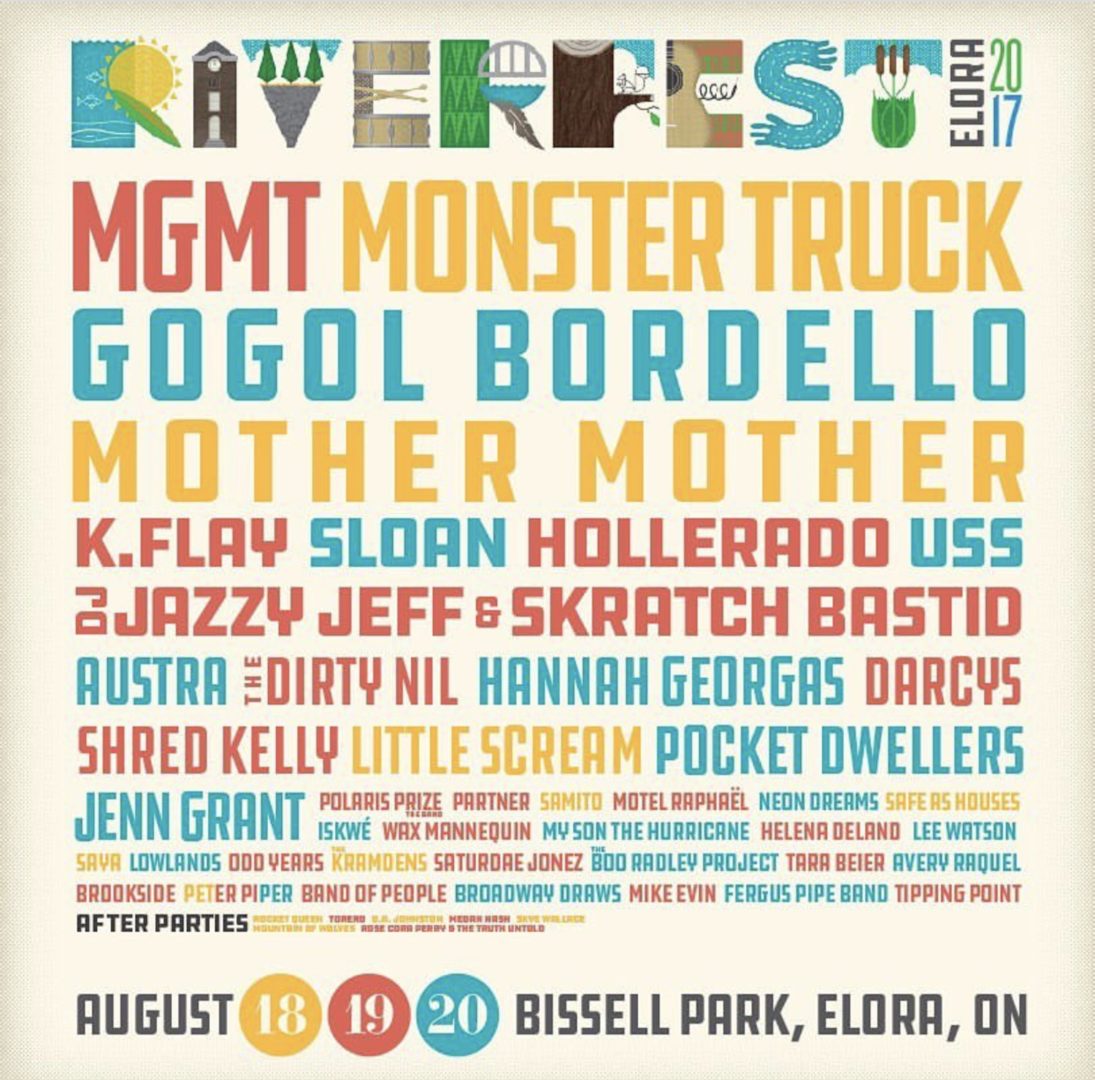 Riverfest Elora has announced its 2017 lineup. Set to take place from August 18-20 in Elora, ON, Riverfest Elora has come a long way since its humble beginnings just nine years ago. Riverfest, which started as a backyard festival in 2009 with an attendance of around 700 people, has grown exponentially in recent years and saw crowds of over 5,000 a day during the last few instalments.

2017 will also mark the third year of Riverfest Elora’s continued partnership with Dine Alone Records, who will be presenting the Dine Alone Records’ Wax On Wheels Stage. The stage will showcase some of the region’s most exciting emerging talent, as well as host meet and greet sessions by some of the larger acts at the festival. Dine Alone’s Wax On Wheels pop up record shop was built from the shell of a simple 16 ft. trailer and transformed into a fully functioning record store with an awning-covered patio.

Due to continued demand for camping during the Riverfest weekend, organizers have arranged for an overflow camping area. This tent city will allow festival goers to have a place to rest their heads after days of basking in the glory that is Riverfest Elora.