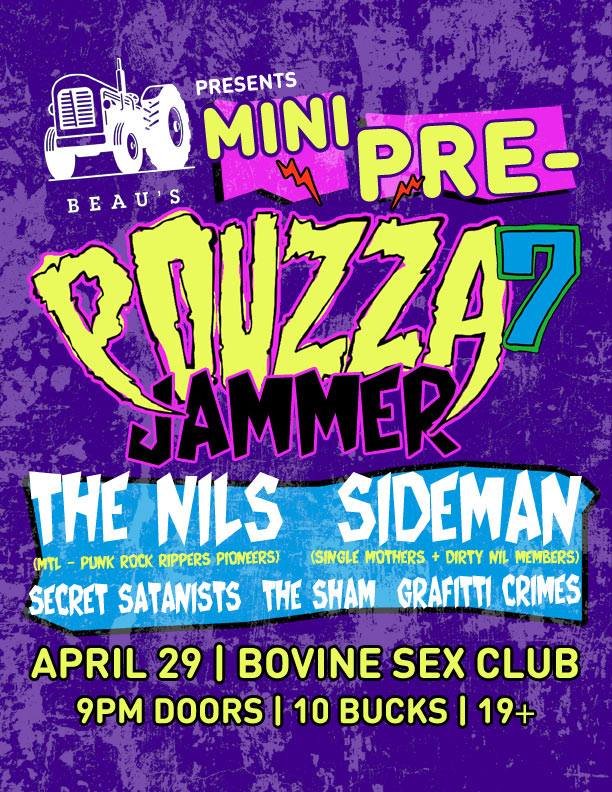 Artists: The Graffiti Crimes, The SHAM, Secret Satanists, The Nils, SIDEMAN
When: April 29, 2017
Venue: The Bovine Sex Club
Where: Toronto, ON

The Bovine Sex Club hosted a Mini Pre-Pouzza Fest, to get fans ready for the upcoming festival in Montreal. Bands including The Graffiti Crimes, The SHAM, Secret Satanists, The Nils and SIDEMAN tore up the stage – making it a rocking beginning to a stellar festival.

Kick starting the night was The Graffiti Crimes, this quirky band filled the junk yard-esque venue with a soft punk rock sound – giving off Joan Jett and the Blackheart vibes, from the spunky vocals to the tight sounds, everything about The Graffiti Crimes screamed “rock and roll”. Starting off their set with “Favourite Loser” was an homage to their rock roots while also pulling on punk sounds – making it a song sure to get struck in your head, thanks to it’s catchy lyrics, and toe-tapping beat. All set long, the spray-can rock band kept the audience in a trance – and left many dancing and humming along to their catchy tunes. 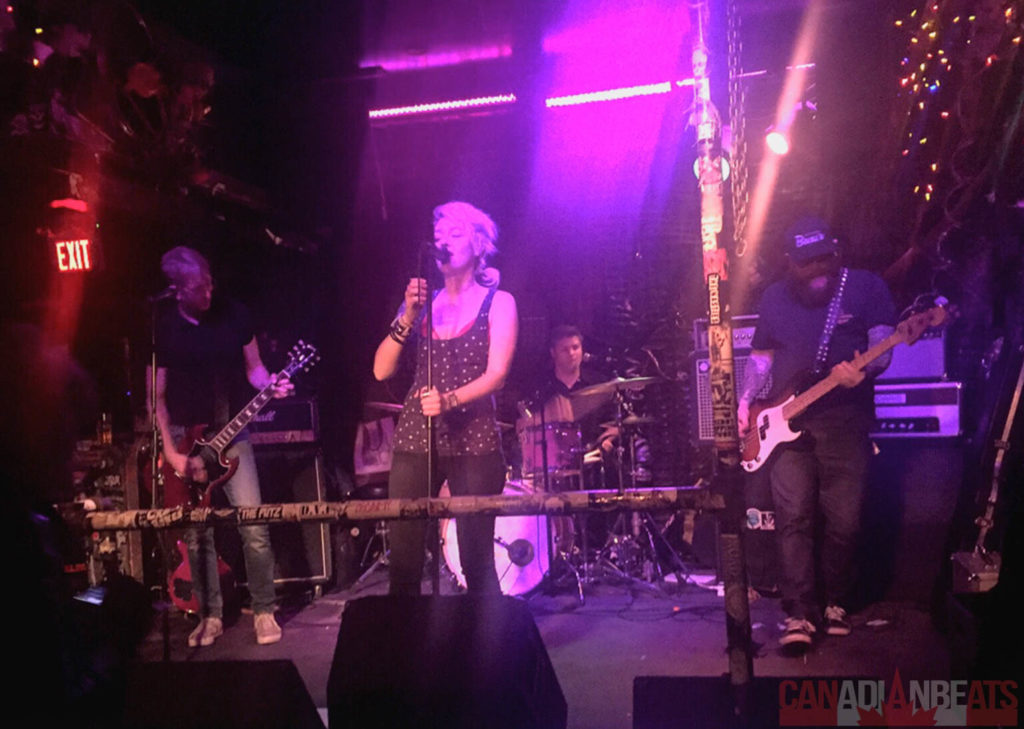 Next up, was The SHAM, a punk band with a cause – one of the most memorable things about them was the stories behind their songs (not to mention their unique punk meets poetry vibes). Songs such as “Drag the Red”, “Oxygen” and “Desensitized” spoke about issues in Aboriginal communities; such as the murdered and missing Aboriginal women, all while having catchy tunes and a killer stage presences. Lead vocals left nothing to be desired – filling the Bovine with sounds of a mellowed rage, leaving the audience with a thought and a good tune. This jam-packed set of eleven songs gave the audience a chance to get the full SHAM experience; one of which does not lack passion, nor fun. 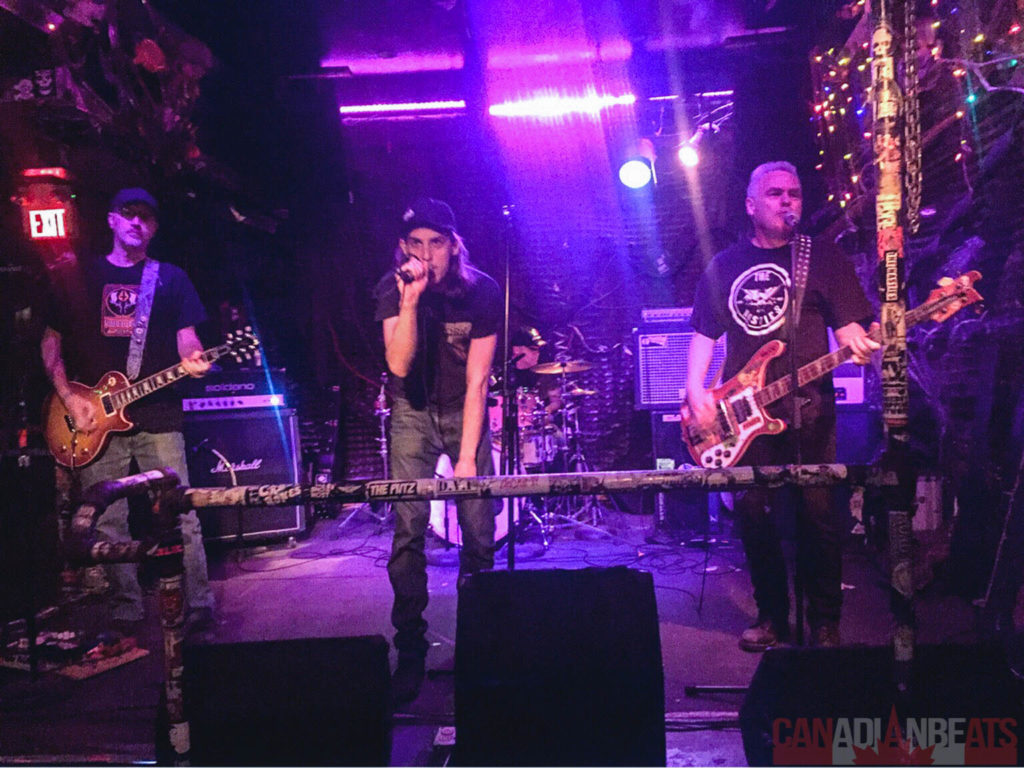 Secret Satanists, a melodic (satanic) pop punk trio, took the stage next – and left audiences in awe with their punk take on a Sloan-esque sound. Having released their newest record A Very Sharp Decline: Greatest Hits 2016-2016 only the day before – this band is eager to take on the punk scene with their poetic, melodic take on the traditional sounds. They filled the Bovine (physically) calling everyone from their seats, up to the very front; entrancing the audience with their haunting sounds, and comical chemistry. They are not what you would expect from a satanic punk group – but surely do not leave anyone disappointed. 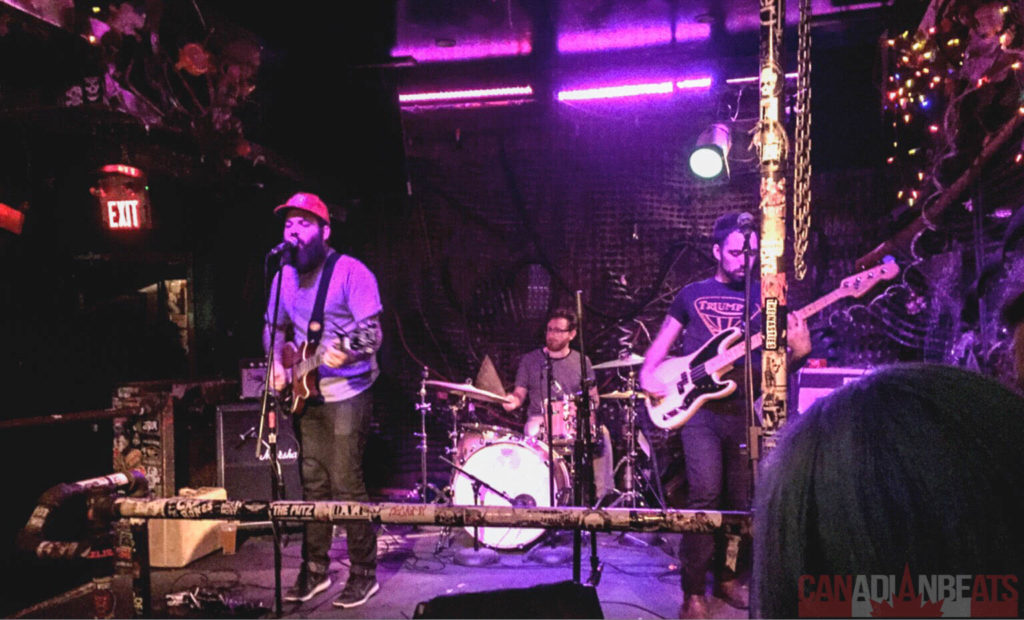 The Nils, a punk rock group hailing from Montreal since 1978… maybe the most humble and thankful group of gentlemen to ever tear up the stage, the Nils gave everyone at the Bovine exactly what they needed. Their purely punk vibes had everyone on their feet, jamming along. The relationship they created with the audience was one of humor and fun – taking a moment to bash our Toronto sports teams, the Nils gave a stellar performance – from their tight playing, catchy melodies and lyric to their stage presence. A true pleasure to experience. 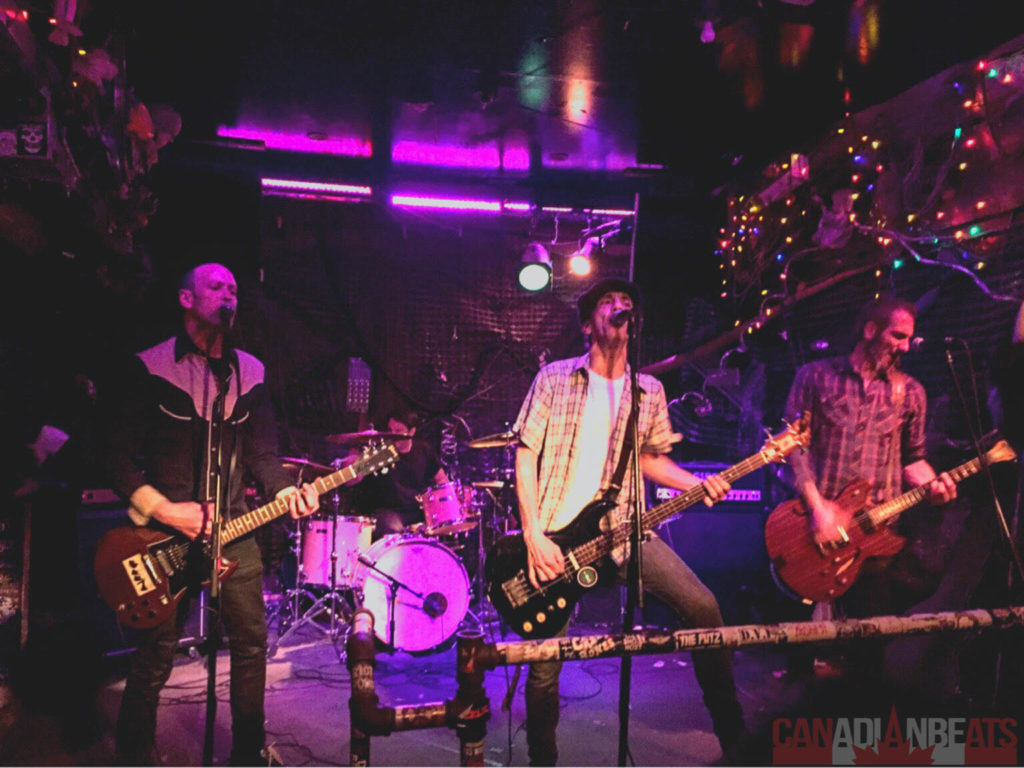 Taking the night in a complete 180, was SIDEMAN – a mashup duo… well half of them. Due to a previous commitment, the other half SIDEMAN, BIG NIL couldn’t make the show; so in to save the performance came LELE (JMAN’s soon-to-be wife). This duo’s performance was nothing less than entertaining! In a night full of punk rockers came this unusual mash-up of pop meets EDM meets jazz meets rock. Starting off their set with “Genre Punk Rock” – a jazzy tune mimicking the likes of Linkin Park, but at the same time, the Chainsmokers. Putting on a show full of humour – SIDEMAN created a personal relationship with the audience, making their directional change of the night welcomed with open arms. SIDEMAN is one you have to see to believe.
A successful night for music lover and Pouzza Fest alike. The Bovine Sex Club was full of sweet tunes and laughter – a great start to an even better festival. Pouzza Fest hits Montreal May 19-21. For more details, visit https://pouzzafest.com/en/ 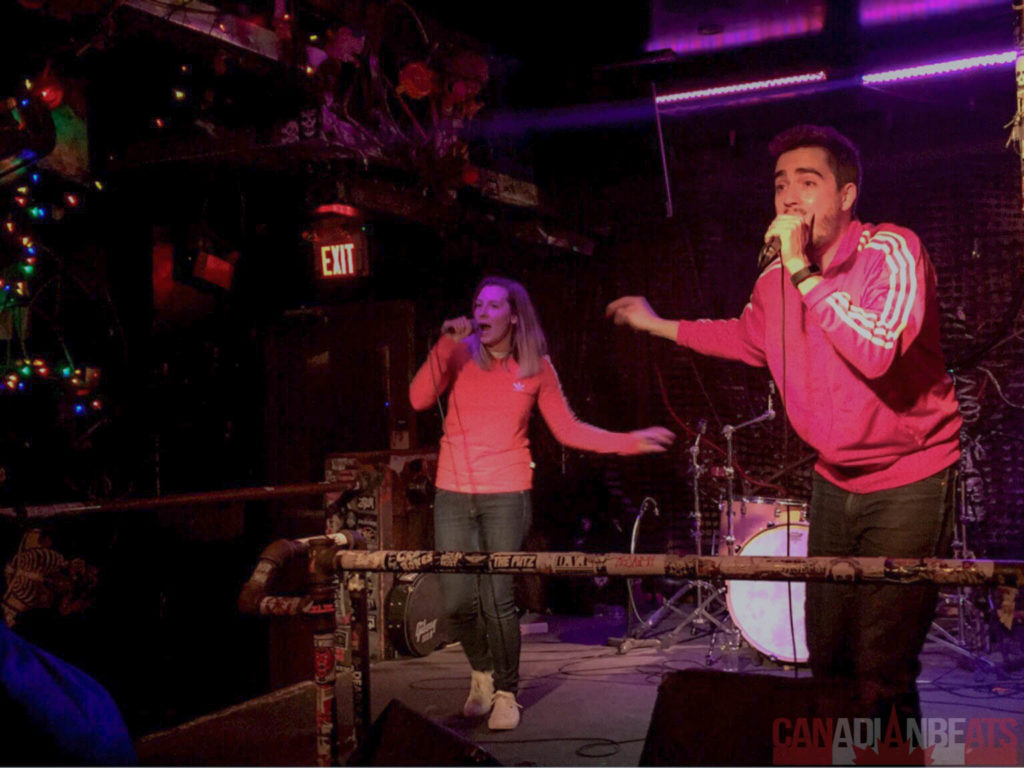 To connect with the bands and see what their up to next, check the links below: