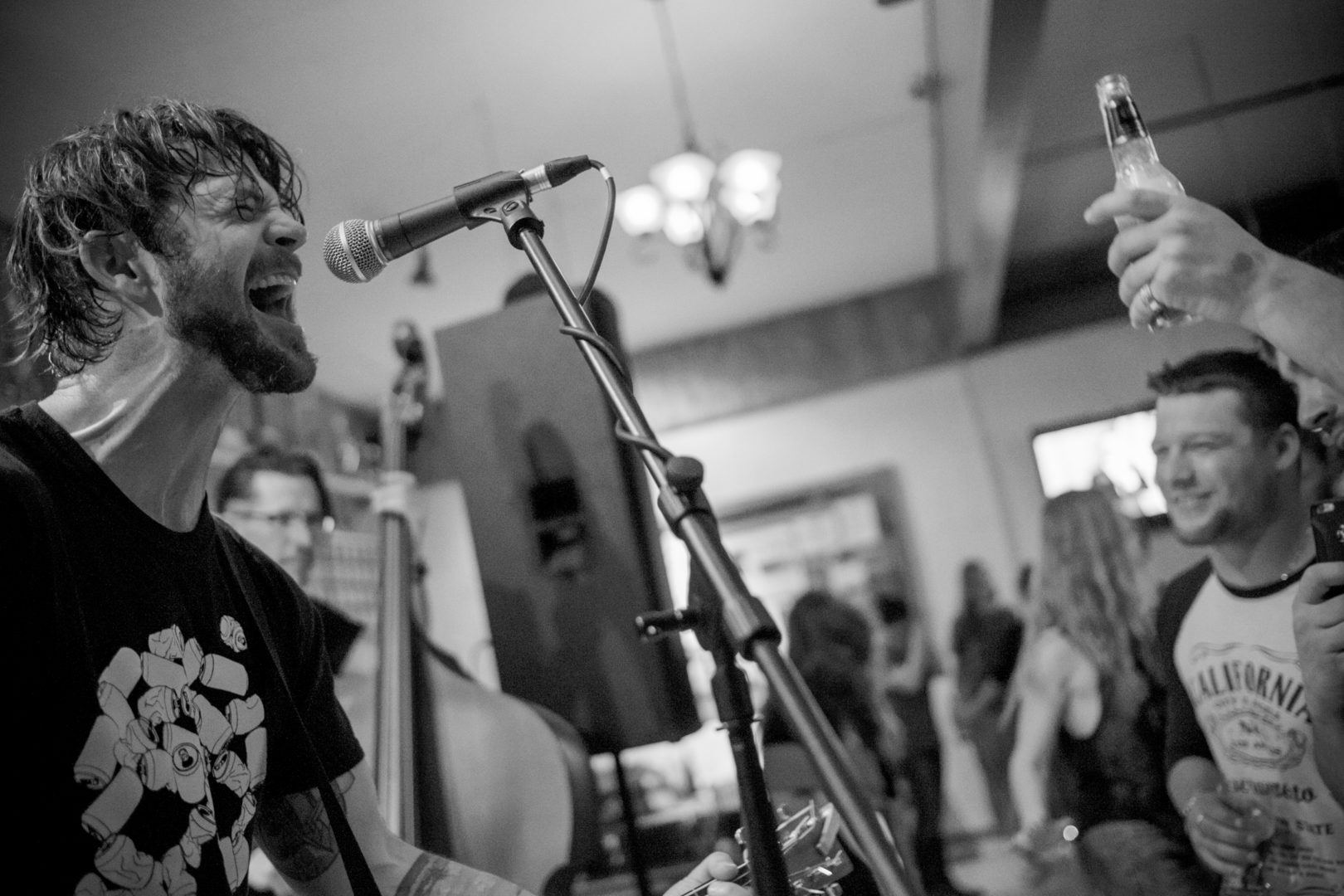 Here at Canadian Beats, we are busy getting ready for festival season! Montreal’s Pouzza Fest takes place this month from May 19-21, and we’re happy to count down to this festival with you. We will be chatting with a number of the Canadian lineup to get everyone ready for the big event! First off, we have Alberta based Seth Anderson.

My name is Seth Anderson. I am a songwriter/performer/ folk-artist living in Canmore, Alberta. Originally from Hartland, New Brunswick. I recently joined Joey Cape’s label called One Week Records, and also am teaming up with Little Rocket Records for this album to be released on vinyl.

I just get in as much practice partying as possible. If you sow up for festival season and you are not ready to have the time of your life, you are gonna have a lot of disappointed people.

This will be my third time playing Pouzza. It is my favourite weekend of the year, so many friends, great bands, and to top it off you are in Montreal. It is really hard to pick one memory, but there are a few performances that really stand out. Chris Cresswell of the Flatliners solo set my first year was great. Belvedere last year was really awesome too.

The lineup is really amazing this year. There will be a lot of very difficult decisions to be made in seeing some shows and missing others. I’ve been really into Iron Chic the last couple of years and have yet to see them play, so I’m excited for their set.

This is the only festival that I have booked this summer unfortunately. I will be performing at Fest in Gainesville, Florida in October.

Try to have as much fun as possible. This is also a reminder I give myself sometimes. If things are getting stressful, or too much…. Just have fun.

My One Week Record coming out on vinyl this month on Little Rocket Records along with the release of an official video for the song “24” shot by Beau Evans In Canmore, Alberta.  I’ll be on tour supporting this from Alberta to Halifax around the release and Pouzza fest throughout May and June . Also, I am working on getting to the USA and Europe for some shows this year. A new record is also written and waiting to be recorded, so I have been working out a plan to get in the studio and get some new music into people’s ears! Other than that, just lots lots of training for festivals.”