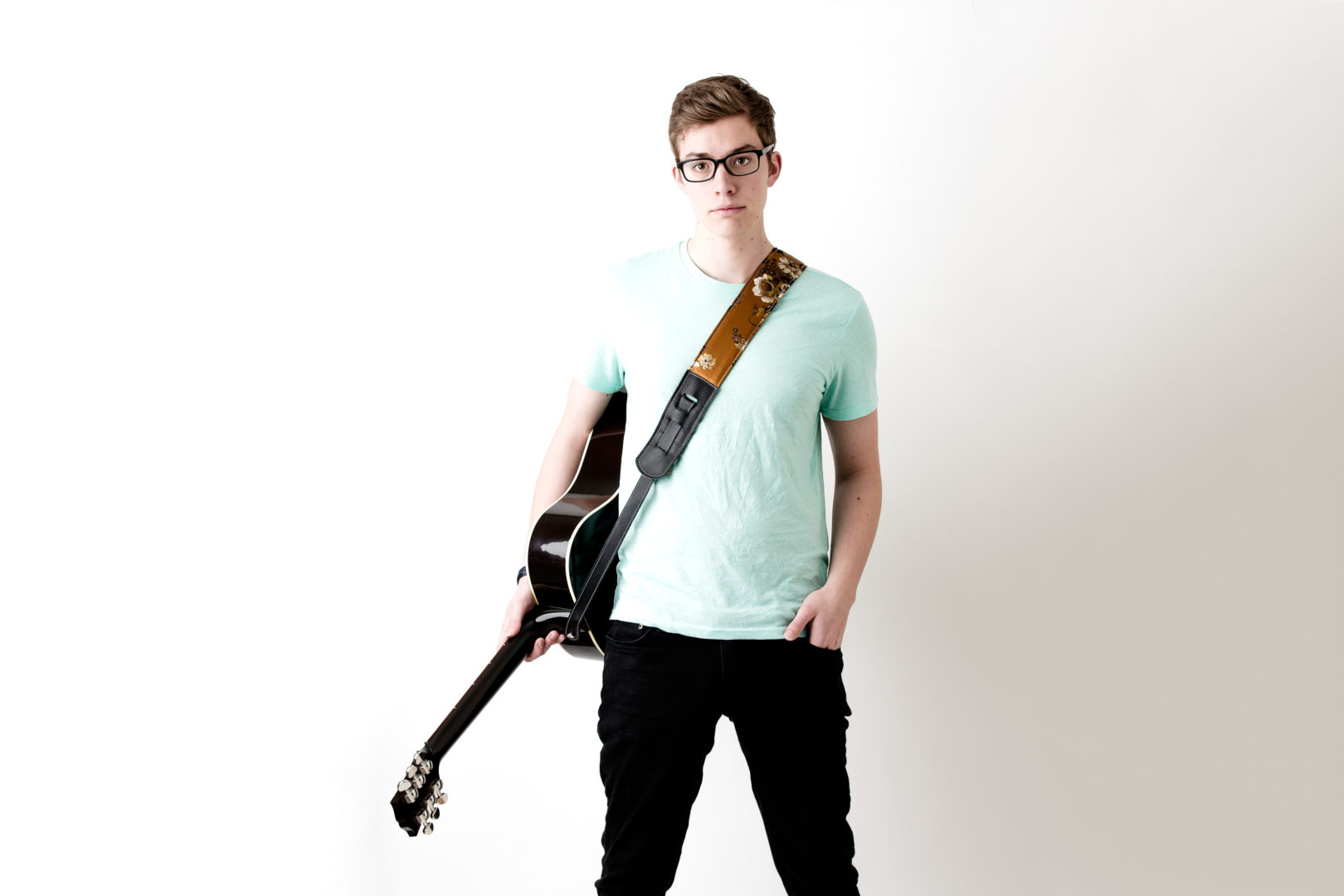 Ontario born-and-raised Nolan Hubbard is bursting onto the music scene with his vivacious debut album, Luminosity, which is released tomorrow. Recorded in Nashville alongside Canadian veteran producer Doug Romanow, Hubbard establishes himself as an imaginative and talented vocalist, guitarist, and composer. The ten tracks on the album authenticate the sincerity of his creative vision, his drive, and his mastery of lyricism in one fell swoop. Check out his newest single, “Today”:

First of all, congratulations on the completion and release of Luminosity. As your debut album, what came as a surprise to you during the recording process? How did what you envisioned compare to the actual process of recording and releasing your first album?

Thank you! I came into this project not really knowing to expect, just hoping to learn as much as I could from the experience. I knew I was going to enjoy it just out of love for playing and creating music, but being in the studio gave me a whole new appreciation for the process. A part that surprised me was how smoothly the recording/mixing went. I was amazed at the level of efficiency that Doug and the players on the record had while still exploring my ideas in a creative way. It was also a pleasure being treated as an equal by these veterans of the industry, even though I was in awe of them pretty well the entire time.

Where did the title for Luminosity come from?

The title actually came after the whole album was finished. The songs I wrote during the whole process subconsciously kept coming back to the theme of finding one’s inner “light”. I decided to look through an old science textbook from back in high school and the word “Luminosity” jumped out at me. In astrology it describes the brightness of a star, which fit really well with what I was trying to say with the project, especially the final song on the record.

In your bio you said that your song “The Other Side” is about a young couple leaning on the emotional solidarity of one another to make it through the rough patches in life. Is this a song inspired by real-life experiences of yours, and do your other songs follow suit in that regard?

Yes, “The Other Side” is a song that I put myself into, down to the old apartment and everything. The record as a whole was written based around experiences and feelings from my past and my present.

As a songwriter, what do you hope people take away from Luminosity?

Writing the songs for the album helped me get away to a place where I could feel a kind of hope, and I’m hoping that people can grab on to that with me. I’ve seen myself and the people close to me go through a lot over the past few years. I know that times get tough, so I wrote “Luminosity” as a reminder that you can make it through, you just gotta find your light.

Because of the obvious pride you take in your work, is there one track on the album that stands out to you as the one you are most proud of?

I’m pretty proud of Sandbanks. I love how the band interpreted the song when I brought it to them, and the lyrics came together very honestly so it brings me back to that place every time I sing it. It feels great to see people who have been to or know of Picton light up and tell me their stories when they hear the song too!

What would you say was the most difficult track on the album to write, and why?

“Firefly” was a tough one for me to finish. It was one of the very first songs I had written, and it was a song I would play at every show so people started to remember it. I ended up rewriting quite a few of the lyrics when we were working on the album and it was hard to keep the spirit of the original while making the song flow better.

Now, as one of the younger Canadian musicians breaking into the scene, what challenges do you face? What would you say has been your most difficult challenge of 2016, music-wise?

One thing is it’s tough getting around in Canada as a successful touring act. When I toured Western Canada this summer it was a lot of long driving days between shows. Then this winter a few shows proved pretty rough to get to in the snow. Often times I’ve also found it hard to get people out to live events, you have to be fairly creative to find new audiences and promote shows in the beginning.

On that same note, what has been the most rewarding hurdle that you’ve jumped in your music career?

I think it was taking the plunge to make this debut album. I’m a big critic of myself so I spent a lot of time doubting my songs and my abilities. It took me a while but eventually I realized that this is what I wanted to do. I’m glad that I made that choice. It’s been a really rewarding experience and I look forward to continuing down this path.

Your tour—going through Thunder Bay, Winnipeg, Regina, and Vancouver—was self-booked and self-promoted. What prompted you to go the route of self-promotion?

It was actually a pretty last minute thing. My dad and I were driving out to Penticton, BC at the start of summer to visit my grandparents with a few stops to see some family along the way in Thunder Bay and Regina, so I thought why not try to put some dates together along the trip. I enjoyed the hustle of being my own manager, and I had just started doing music full time so I had quite a bit of free time during the day to book and promote shows. It made sense for the circumstances at the time.

And finally, because we’re all itching to know—what do you have lined up for 2017?

Well for now I’ll say I’m looking forward to starting my spring tour very soon which has dates all over Ontario, some solo acoustic, some as a duo and some with the full band. I also have a full band tour in the works for this August alongside my good friends in the band FXRRVST. Plenty of content to come with the release of Luminosity, too!