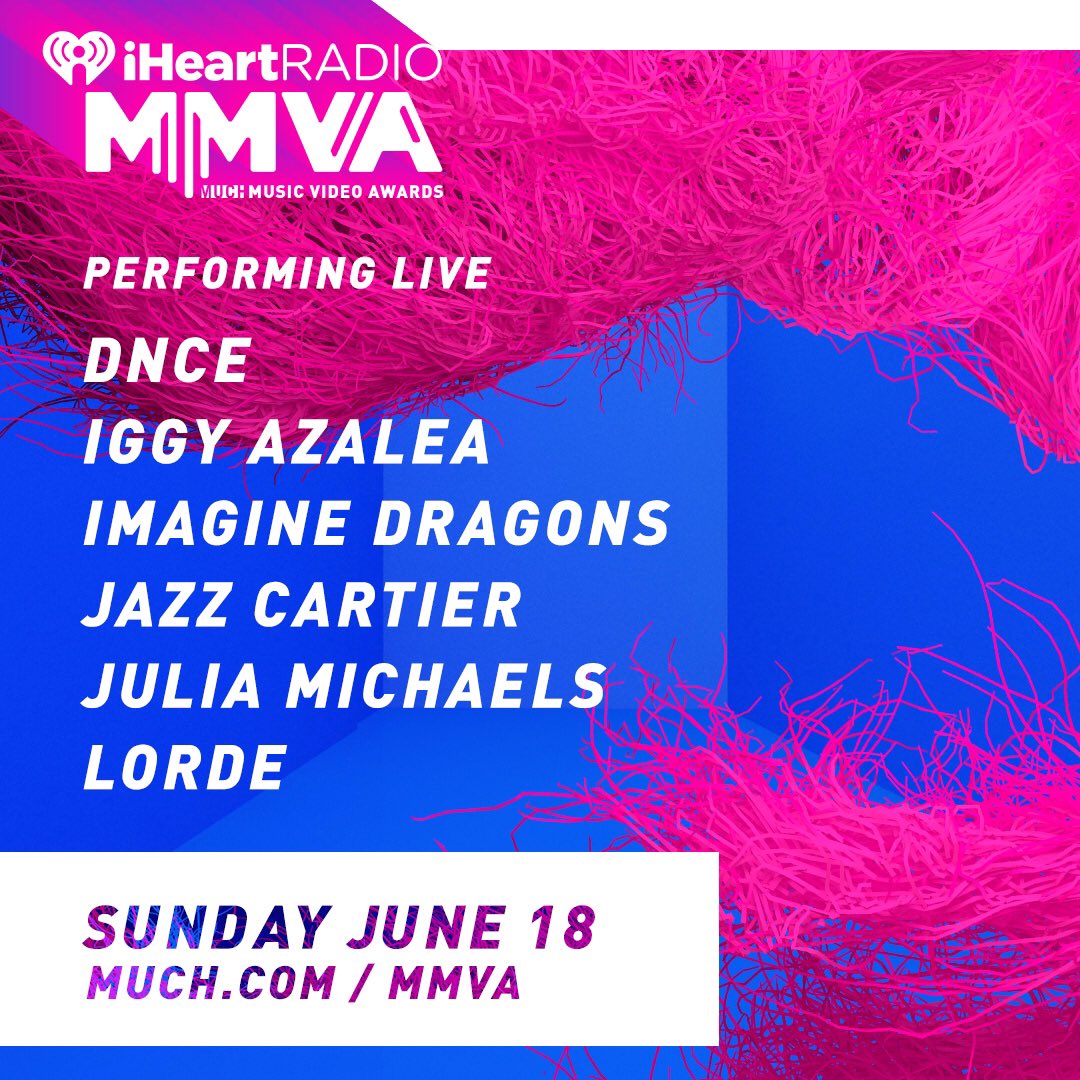 With less than two months left before the June 18th awards take over Toronto’s Queen St W, the first wave of performers that will be hitting the iHeartRadio MMVA stage was announced Tuesday. Featuring a selection of returning favourites as well as some much anticipated first timers, the lineup is definitely going to get the hype for the event kicked off.

Music fans can look forward to performances from Lorde (who’s eagerly awaited second album drops only 2 days before the awards), Iggy Azalea and songwriter turned performer Julia Michaels. In addition the Joe Jonas led dance-rock act DNCE will be taking to the stage as will second time performers Imagine Dragons. Rounding out the first wave is the recent Juno winning, self-styled Prince of the City, Jazz Cartier.