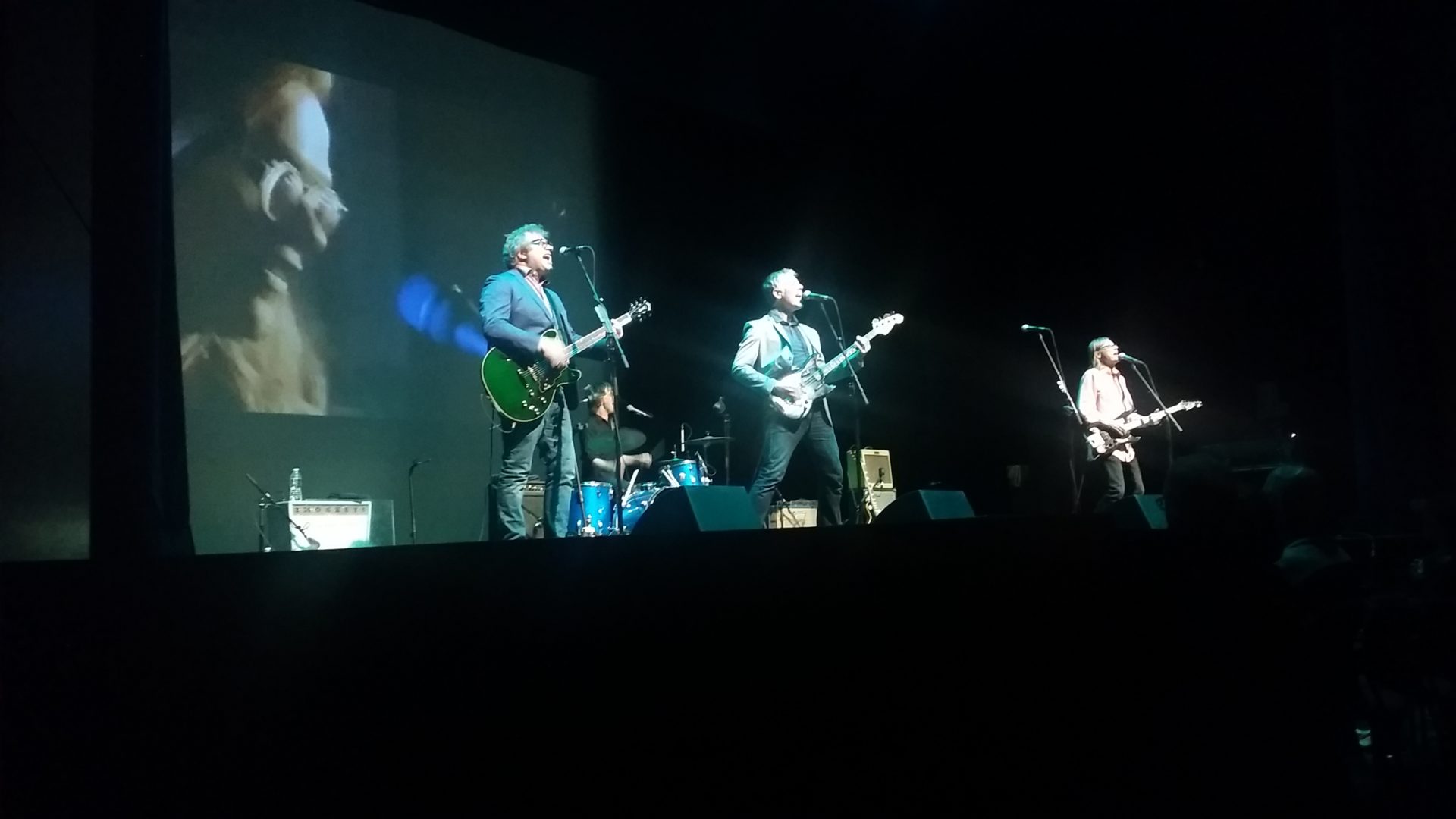 Who: The Trans-Canada Highwaymen
When: April 22, 2017
Where: Grand Theatre, Kingston ON

In their third ever live performance, the Trans-Canada Highwaymen, featuring Moe Berg (the Pursuit of Happiness), Chris Murphy (Sloan), Craig Northey (Odds) and Steven Page (formerly of Barenaked Ladies), presented a night of music from each other’s respected bands for an audience of all age ranges at Kingston’s Grand Theatre.  Regardless of anyone’s familiarity with the band’s in question, the audience of all-ages was ready to rock, and enjoy the stories these four men had to share about the Canadian rockstar lifestyle of the mid-90’s (however un-rockstar it probably was).

For me, it was a chance to relive a very weird and wonderful set of memories. Back in 2009, I set sail aboard Ships & Dip, the Barenaked Ladies (BNL) Fan cruise. I was attracted to the weeklong event, which sailed out of Miami to Cozumel and Key West, primarily for the fact that the cruise was basically a floating Canadian concert festival hosted one of my favourite groups of all time. My ticket was booked the moment I found out Sloan, another favourite band, was added to the lineup; but the roaster didn’t stop there.  It was also Great Big Sea, Sarah McLachlan, members of the Kids in the Hall, comedian Sean Cullan, the Weakerthans, Luke Doucet and Melissa McClelland (before they became known as Whitehorse)…and a newly reunited Odds.  I had at least one friend I met on the cruise who was super excited to see the Odds, and as a result of her properly introducing me to the band, and I became a fan of the group myself.  I promptly bought up all their CD’s from the Sarnia pawn shop as soon as I got home from the cruise.

So going into the show this weekend, I was pretty ready to rock and to sing my heart out – except I must confess that I only knew the Pursuit of Happiness (POH) by name.  They are mentioned in Have Not Been the Same; a book I re-read on occasion for the fact they have an entire chapter on Sloan.  But beyond the awkwardness of shaking hands with Moe Berg after the show ,with nothing more than a Spotify education in the back catalogue of POH, the Trans-Canada Highwaymen provided a playlist worthy of anyone’s attention; especially for those with superfan history with most of the group.

As Murphy kept mentioning during the show, the set list had a bit of a narrative quality to it. Starting with Odds’ biggest hit “Someone Who’s Cool”, and ending with “I’m an Adult Now” by POH (Get it? They all started as young hot rock stars who, by the end, grew up and became adults), songs like Sloan’s “Coax Me” (released on the legendary but troubled Twice Removed) and BNL’s “Jane” were complimented by video interviews in which the band members offered their stories of what the hardest parts were about being in a band.

All in all, it was a good night, with good music, good friends, and good memories.