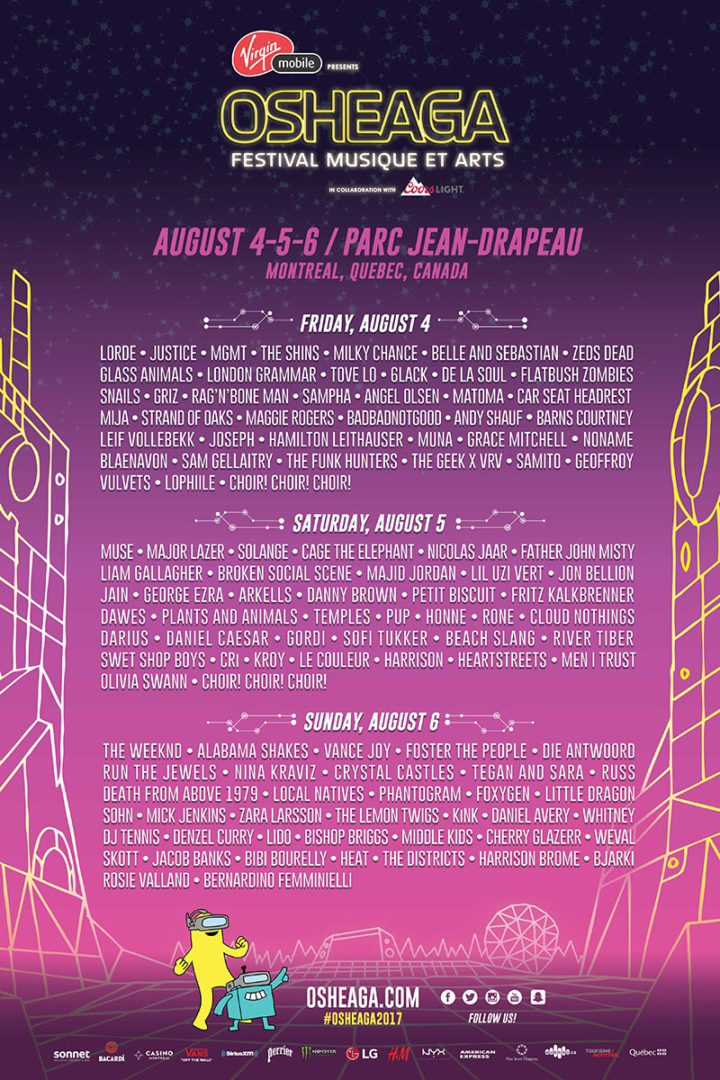 Just a few short weeks after releasing their lineup for the 201 edition of the festival Osheaga is back at it with the release of the daily schedule. Friday highlights include MGMT, Joseph and Belle and Sebastian along with headliner Lorde while Saturday offers the likes of PUP, Arkells, Broken Social Scene, Father John Misty and finishes the night off with Muse. Sunday see things rapping up with Vance Joy, Die Antwoord, Run the Jewels and of course headliner The Weeknd. Until the final daily schedule is released it is hard to really start to formulate a detailed plan, but from the looks of things so far Osheaga 2017 is going to be one of the best fests of the year.

Along with the daily breakdown came the news that single day passes will go on sale Thursday so fans who won’t be attending the full weekend will have a few days to decide which days they want to attend.  Passes can be purchased at www.osheaga.ca.