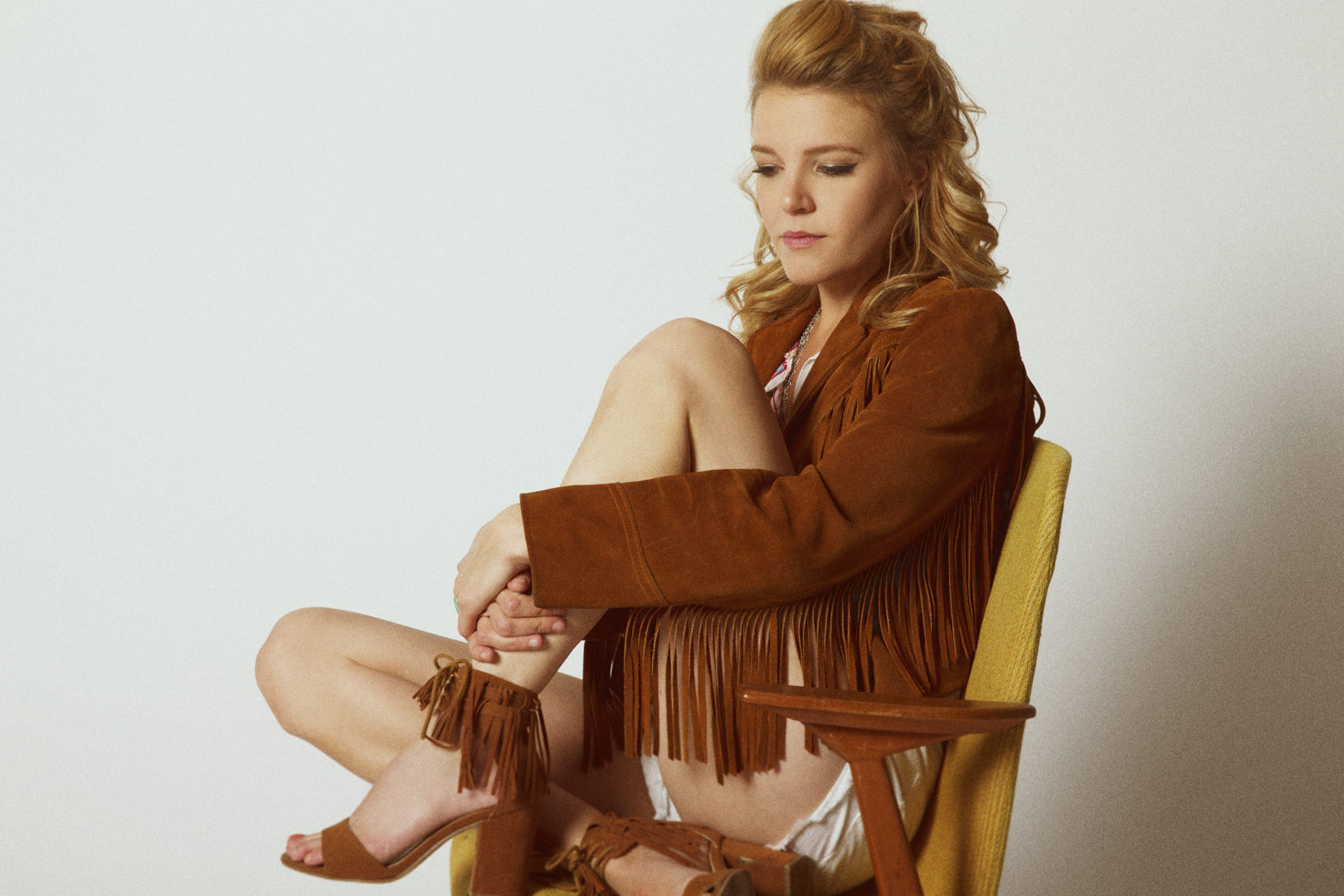 Ontario-born singer-songwriter Kayla Howran is tugging on heartstrings this Spring with the release of her second album, Spare Parts. Raised on country music icons such as Dolly Parton and Emmylou Harris, Howran’s 10-track album shines a spotlight on honesty, authenticity, and a strong emphasis on lyricism.

First of all, congrats on the completion and release of Spare Parts. Did new challenges crop up during the making of this album that didn’t crop up in your debut album, Pistol? Or was there overlap in terms of the hurdles you had to face for both?

When I recorded my first album I had never been in the studio before, apart from singing accompaniment on other artist’s albums, so I had a lot to learn.  I believe I took a lot of what I learned through that experience and applied it to the making of my second album.   With Pistol, I felt rushed.  There was very little time between deciding to make an album and jumping into the studio to record it, and so I didn’t have a whole lot of time to focus on the songs and writing them.  I took my time with Spare Parts and every song on the album.

Something I found difficult about recording Spare Parts was singing in the morning.   Because our time in the studio was limited, the days started fairly early (or early for me) and I found it hard to have my vocals warmed up at that time of day.   I worked with amazingly talented folks on both albums, though so I had the best to help me through any hurdle that did crop up.

Where did the name for Spare Parts come from? What’s the story behind it?

A great songwriter and friend of mine, Jack Marks, once looked at a dog and exclaimed that he looked like he was put together with spare parts given his short legs, long body, big head and small snout.  I found it wildly funny at the time and it stuck with me.  The song Spare Parts has nothing to do with a dog, rather I applied similar sentiment in describing a person who’s a little run down or barely getting by.

In your bio you touched on the fact that a number of the songs on the album were inspired by real-life relationship hardships. How long after the real life event do you wait to write a song that’s based on it? Do the lyrics come immediately once it’s over, or do you have to take a few months and let the dust settle?

I don’t let the dust settle.  Actually, I think if I did, I’d with it lose the passion, and hurt or anger behind the song.  A lot of the lyrics I’ve written over the course of two albums come from the heat of the moment.  I’ve sometimes anticipated regret from lines I’ve written – worrying they may come across as offensive to some, or too literal, but I tend to leave them as they’re true to the moment and the song.  That being said I’ve also written songs about events that happened a very long time ago – those being the ones that perhaps affected me so deeply at the time, that it took years to face my own emotions in regards to them.

It was noted in your bio that one of your music icons growing up had been Dolly Parton. What about Parton stood out to you more so than other country artists?

I feel like this question could be answered just by posting a YouTube link of Dolly performing ‘Coat Of Many Colors’.   She’s simply the best.  From the timbre of her voice and her control, to her heart wrenching emotion behind every word she sings, and simply every word she sings – There is no one else like her.  Her voice is so distinctive, so her own.  She owns country music.

Because of your strong emotional ties to your songs, is there one that stands out to you as the one you’re the most proud of?

I’m not particularly proud of any one song.  I think Spare Parts took the most work, and the longest to write – and so in a sense, the tougher a job, the more satisfying the result.

What was the most difficult song on the album to write, and why?

I suppose that depends on what kind of difficult we’re talking about.  The chord structure and the arrangement of Flowers On Our Grave at times seemed impossible for me to put together on my own – thankfully I had my producer, Colin Cripps who helped me tape the pieces of that song together to make it what it is.  But other songs, such as Lorelai, were difficult on an emotional level.  Sometimes writing to me is like therapy.  And who leaves a therapy session without crying?

What do you want your listeners to take away from Spare Parts?

Even though the lyrics to every song on this album are very personal, I hope that at the same time they’re relatable.  Also the band – I was so lucky to work with them and I hope that even if the genre or songwriting isn’t to one persons taste, they can still appreciate the musicianship.

Now, it’s widely known that your onstage presence—namely the energy you bring to the stage—enamors your audiences. Which of these tracks are you most looking forward to playing live?

I always get most excited to perform Thanks For The Good Times.  The end of that song is always vocally challenging for me, in a good way, and I love a challenge.

What would you say was your most memorable show of 2016?

In November I opened for Bob Schneider at The Horseshoe Tavern. I love playing that venue but this time, for the first time, I played solo.  I’m usually too nervous or too unsure of my solo set to play one, but this show helped me realize I don’t always need a band to perform my songs  – and I’ll remember that forever.

The album comes out April 28th with a release party in Peterborough at Catalina’s and one to follow the next evening at The Dakota Tavern in Toronto.  From there a western Canada release tour taking me to B.C. and back for the month of May, a busy summer filled with shows in Ontario and an east coast tour come early fall.