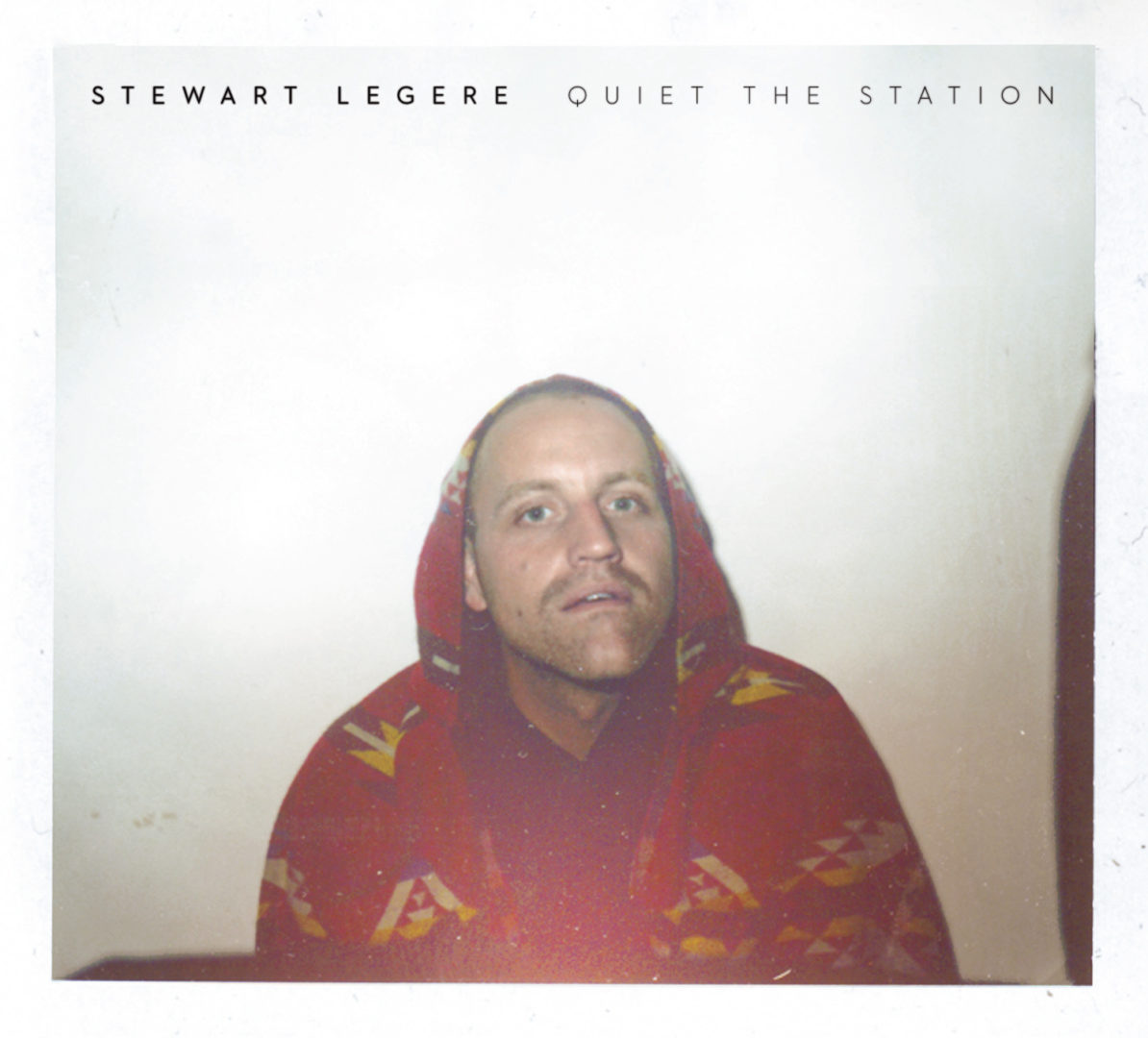 ”Wishes In Wells”, the albums opening track, starts with a slightly funky acoustic sway as Legere serenades the listener with a soft and smooth voice.  Perhaps the most unique element across the album is Legere’s voice and how it pairs with the abundant harmonies.  Legere is aided by a sweet female voice who provides dual and sometimes three or four part harmonies.  This has a number of positive effects.  Firstly, this greatly fills out the sound, considering the instrumental parts are tastefully minimal and at times feel as if they are turned down in the final mix.  Furthermore, she occasionally embellishes the original rhythm that Legere sings in, rather than singing in rhythmic unison.  Whenever this is done, it becomes the most exciting rhythmic element across the entire album.

The use of harmonies is abundant throughout all of Quiet The Station’s fourteen tracks; however only on two songs is a female vocalist actually recognized as a featuring artist.  The first being Rose Cousins’ contributions on “Dig Into The Dirt” where she lays down a gentle and minimalist approach to backing Legere; whereas the second- “If You Have The Time”- showcases Jenn Grant with a breathy head voice over the jazz inspired, melancholic ballad, and the best track on the record.

Sadly, vocal harmonies aside, Quiet The Station is a fairly slow record that fails to move past typical singer-songwriter idioms.  Rather than being the trend setting debut which Legere hoped for, Quiet The Station is incredibly safe and ends up following very common forms such as the inclusion of folk and country elements- as heard through the heavy reliance on acoustic guitars and use of banjos on some tracks.  It is when Legere goes out of the box- praticularlly when he plays piano- on such songs like the previously discussed “If You Have The Time”, as well as the dissonant and rhythmic playing on “Rise And Fall”, and the contagious pulse of the closing track, “Moving In Blue”, that he truly shines as a unique artist.  Quiet The Station will most certainly be a popular pick among fans of the current indie style as it is certainly not a bad record, but it will not stand out as something unique and experimental as Legere may have hoped.  Personally, I believe that the full length album would have been better suited as an EP of the four or five best tracks that made it onto the fourteen that Quiet The Station  has to offer.