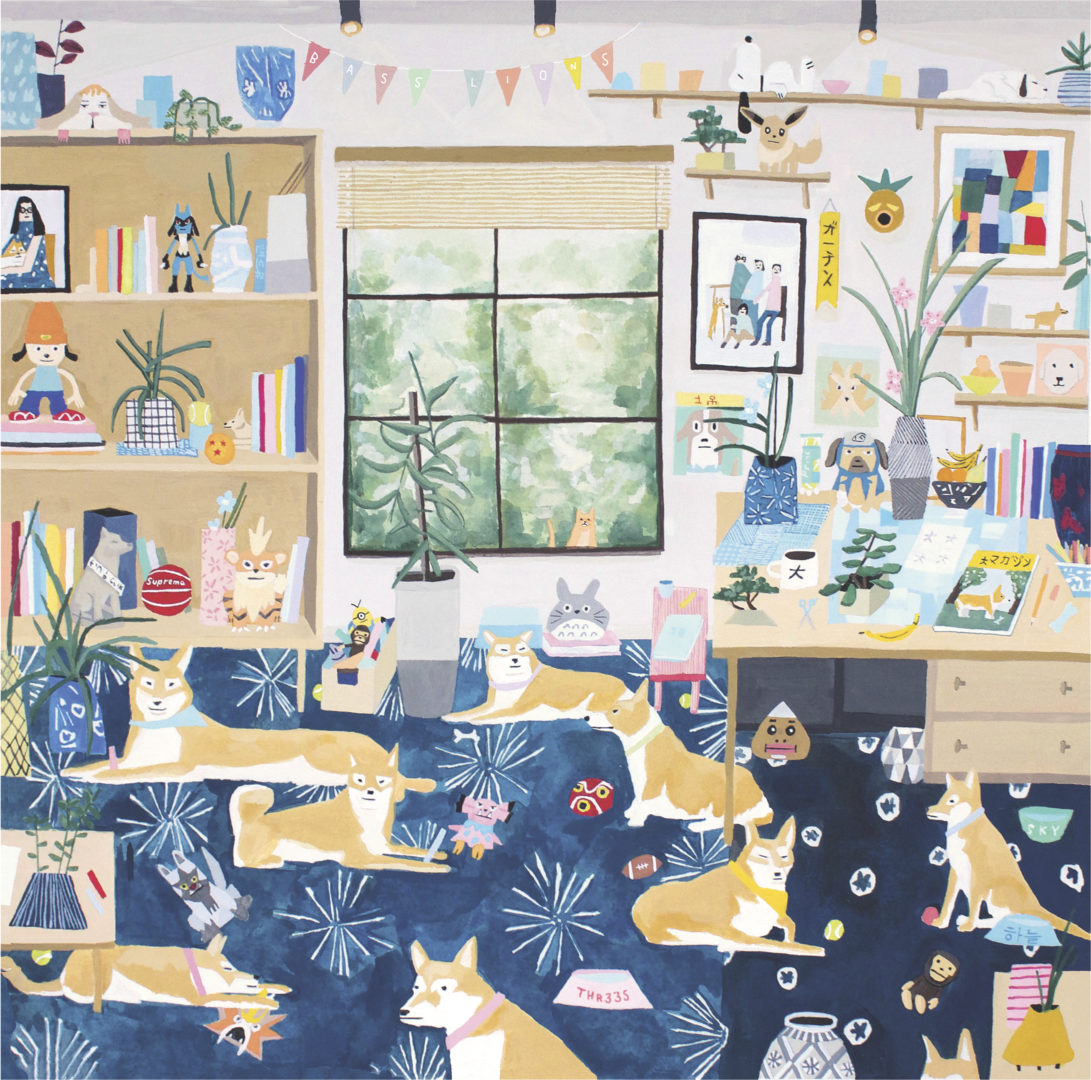 Full Review:  Conceptually, the idea is not a new one.  In an attempt to break new grounds, reach new audiences, and seem “deeper” and, perhaps, more “intellectual” than their fans gave them credit for, rock bands have performed with symphony orchestras.  The 90s seemed to be a trend for them, like unplugged albums, but with a budget.  Remember Metallica’s S&M (Symphony & Metallica) album, anyone?

Rock bands have used orchestral instruments long before Metallica in many ways, from the Beatles’ famous horn and string lines, to the Who using John Entwistle playing lone French horn lines on Tommy and Quadrophenia.

So, the seemingly unneeded question to be asked is, “Is there another way it can be done?  Can rock and classical be melded in new and creative ways?”

Ask for a copy of Bass Lions’ new EP Threes for the answer.

Bass Lions’ Threes will make music fans rejoice and other bands jealous.  It is a record not to be taken likely.  From start to finish, Threes is innovating, refreshing, clever, and thoughtful,

Threes is a collaborative arrangement between Bass Lions and members, and associates, of the Kitchener-Waterloo Symphony Orchestra including an original tune and two covers (yes, covers) of Bach and Holst.  This is not the artistic equivalent of Louise Tucker putting lyrics to Pachelbel’s “Canon in D”, to be referenced later in this review, on a keyboard and calling it an “original” tune; these are modern, cross-genre re-imaginings, sophisticated and imaginative.

“Jupiter” starts with a driving beat and layered polyrhythmic effects.  Holst’s original introductory violin riff – which can be called a riff on a rock album – is replicated by a synth sound and driving drum beat, opening in to a great Frank Zappa sounding guitar/synth textural moment.

Imagine Holy F*** creating a bonus song for Frank Zappa’s The Grand Wazoo complete with keyboard influenced guitar sounds.  (Keep in mind, I do not throw out the FZ Grand Wazoo reference lightly.  In my opinion, one of the greatest FZ albums recorded and one that deserves respect in any genre.)

With three distinct sections, and a fourth being a repetition of the first, the listener is presented with an A-B-C-A influenced form.   Interestingly, Holst’s “Jupiter” was organized in an 11-part rondo form: A-B-A-C-A-D-A-B-A-C-A, so the over-arching influence of usable form and melody is impressive in this modern recreation, in the sense of retaining an aspect of the original form into a modern-pop formula.

(Yes, I had to look up Jupiter’s form.  You think I have the format for an 11-part rondo form in my head?  Actually, I would have simplified to four over-arching distinct sections, A-B-C-D-A, but the A is the recurrence of the melody throughout different sections of the orchestra, thus the repetitive occurrence.)

The C section has a Stravinsky meets Boards of Canada with a dash of John Zorn, contemporary mixed with syncopation mixed with trashiness.

What makes the track so dynamic, as well as the following two tracks, is the naturally melding of orchestration with “indie-rock” band.   This isn’t an example of a rock group playing their usual arrangements with a full symphony behind them as an over-puffed backup band.  Instead, these arrangements are artistically pure, a melding of genres for a dynamically creative outlet and naturally aware sense of sound.

“Prelude 1 (Be Your Man)” is Hey Rosetta! meets God Speed You Black Emperor with long, ambient chords.  Nice bass riffs and moving lines push the song forward, working around the steady, single note guitar riff and otherworldly tones.  The Bass Lions’ version of “Prelude” establishes the tonal foundation with the long held guitar notes, unlike the arpeggiated piano introduction of the Bach version which is, instead, introduced with a later string entrance establishing the melodic tone of the piece.

The string parts fill out the sound naturally, bringing a wonderful organic sound to electric based instruments, open and pure, a true part of the arrangement and not a cover afterthought.

The arpeggiated string part, at one point, creates a Pachelbel’s “Canon in D” feel in an endearing way, touching upon beloved classical repertoire while moving the tune forward. Yes, it is Bach and not Pachelbel, but hearing Bach’s “Prelude 1” with the extra arranging creates a “Canon in D” mood, especially since “Canon in D” is such an easily referenced and noteworthy melody.

There are moments here that other bands will sample and reuse, where here it is true and real, honest and endearing.

Bach’s The Well-Tempered Clavier, where “Prelude 1 in C major” was originally published, was dated 1722, whereas Holt’s “Jupiter” was written in 1914.  Through a separation of almost two hundred years, and many musical and cultural transitions, these two tracks sound contemporary, musical siblings, part of an immediate family and not a far descendent.  It is a brave choice to start the EP with the contemporary song followed by a baroque song creating a seamless, timeless musical transition.

“Dynamite Quartz” is the only vocal track on the record, which has a harpsichord, medieval dance track feel.  The chorus opens to thick vocals and syncopated harpsichord with long held bass notes.  Production is amazing here with vocal sounds and overall placement.

Bass Lions’ single for Threes, “Dynamic Quartz”, is available now on Soundcloud.  Threes will be released on April 21st.  Bass Lions can be followed on Facebook, Instagram, Youtube, Soundcloud, and Bandcamp.