Five Questions With The Wardens 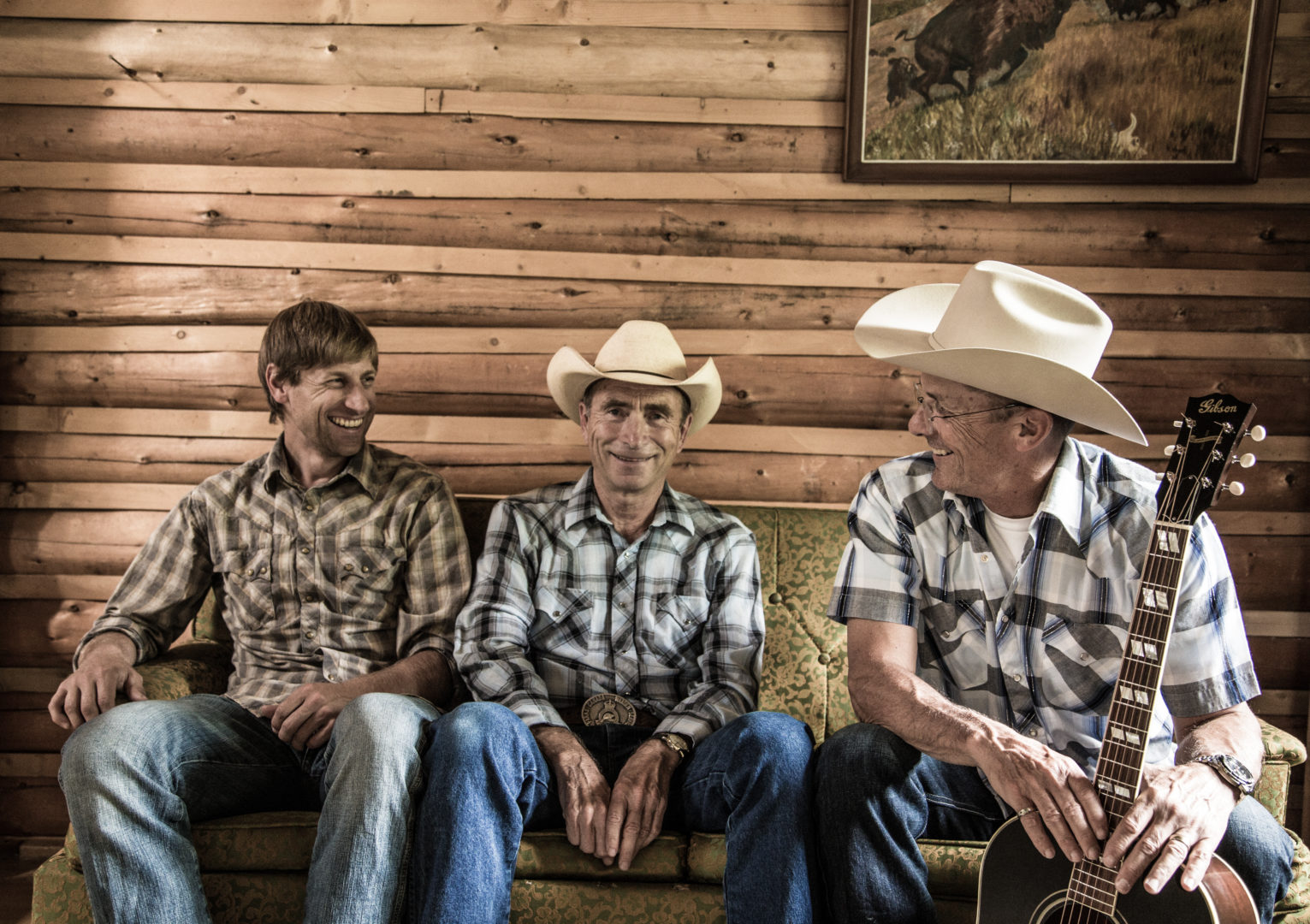 Banff based trio, The Wardens are about to release their new album, Sleeping Buffalo on April 28, 2017. The trio blends folk, roots and western music with a rich storytelling aspect. The neat thing about these guys is that two of the members used to be park wardens in Banff, so when they are writing these songs about working in the park, it’s the real deal. The album’s title track ties in with this year’s return of wild buffalo to Banff National Park for the first time since it was created. I’m pleased that we had the chance to conduct a Five Questions With segment with this extremely talented group of musicians. Enjoy!

Hi, we’re The Wardens, a folk/roots band based in Canmore, Alberta in the Canadian Rockies. Our band consists of three singer/songwriters, Scott Ward (guitar), Bradley Bischoff (guitar) and Ray Schmidt (upright bass, mandolin). Bradley and Scott worked as National Park Wardens and have decades of experience working in the wilds of Canada. It’s those experiences that form the base of our music, but ultimately our music is inspired by western landscapes and people. Ray, who plays upright bass is still working in Banff National Park.

We have three recordings and our latest is entitled Sleeping Buffalo, recorded at the Rebeltone Ranch Studio in Lethbridge with our producer Leeroy Stagger.  We are very proud of this album of twelve original songs reflecting our life experiences working in remote areas of the Rockies with horses for months at a time, handling grizzly bears to keep bears and people safe and we also feature the legends and characters we’ve met along the way.
We have toured extensively in Western Canada and are currently wading through the quagmire of paperwork so that we can start touring in the western US and Alaska.

A lot of people see us wearing cowboy hats and automatically assume we’re a country band (Ray goes hatless to keep everyone guessing!). Our sound is different though – it comes from the backcountry, far beyond any rural acreages or broken down pickup trucks. Although we love country, and it influences us for sure, we like to call our music Rocky Mountain Roots and is acoustic music that comes from the hills – a blend of folk, roots, and western styles. Like the meeting of a few rivers from several valleys our musical influences include bluegrass, old time country, folk and artists such as Ian Tyson, Tom Russell, Gordon Lightfoot, John Prine and Corb Lund.

At our live shows you can expect gripping stories leading up to our all-original songs – songs for the most part that we’ve really lived. The warden service started with cowboys where storytelling around a campfire was just what you did. And that’s part of the fabric of being a warden to this day, so the stories really set the songs up and help take audiences on some pretty wild rides. Our shows sort of feel like we’re around a campfire at midnight after big day of adventure, darkness all around and we’re letting you in on some things that you’ve never heard before – like the Warden sharpshooter who shot two men in Banff in 1914 after a nationwide manhunt (they had murdered 4 RCMP members across the west) or the harrowing story of Bradley almost getting killed crossing a swift mountain river with horse bridles around his neck after his horses got away.

When our songs start, audiences are with us all the way, our tight three-part harmonies are a big feature of our sound and we project images onscreen behind us that just enhance the whole experience. We love it when people come to our shows not knowing what to expect and when it’s all done it’s just been the wildest ride for them. You just can’t make this stuff up that we sing about!

We will be touring this album this spring with our big 3 CD release concerts kicking off on our home turf: the Banff Centre May 4, Woodcliff United Church in Calgary May 5 and artsPlace in Canmore May 6. Details for these and other shows can be found at www.banffwardens.com.

This year we were nominated as best touring artists for the province of British Columbia by the B.C. Touring Alliance.

The title track of our album Sleeping Buffalo really sets the tone for the ‘here and now’ of who we are. For over 100 years, wardens in Banff have been protecting a landscape that has been missing the buffalo. They once roamed across North America in the millions but by the time Canada’s national parks were formed, the buffalo were gone. But now they’re coming back to Banff’s meadows and valleys! The song is a chilling  journey into one of the wildest tragedies of the human conquest of wildlife and indigenous people. Thankfully we had a sliver of foresight to protect some of the land – land that still exists as it did when the buffalo lived here 150 years ago. The vocal harmonies and the introduction really roots this song in its place in a grassy meadows of the remote Panther river valley dotted with grazing buffalo….and it’s kind of an earworm too!

Our favorite Canadian artists are the many talented folks we’ve shared the stage with or met on the road or at music conference like Folk Alliance International: Tim Hus, Blake Berglund, Belle Plain, Leeroy Stagger and Jesse Roper. We even have a song on our album that pays tribute to the many great artists in Alberta – it’s called “I Can Hear Alberta”…they’re all in there!