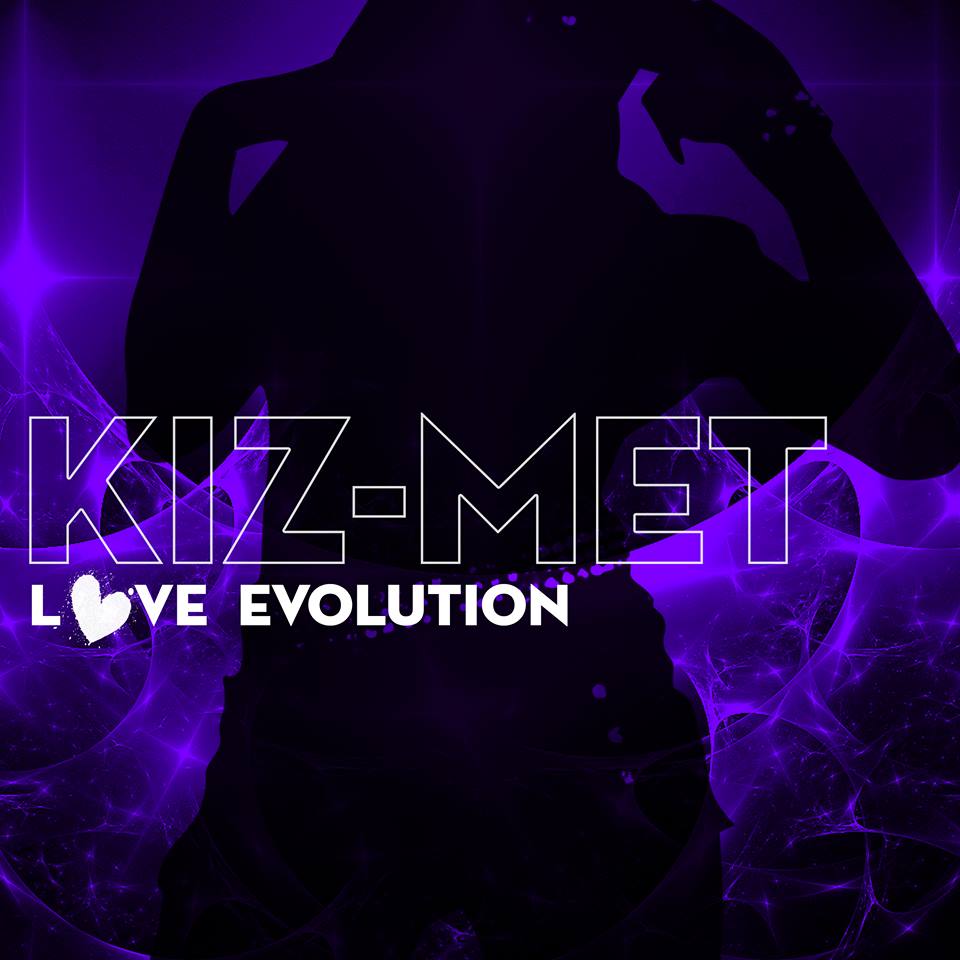 One Line Review:  Toronto based KIZ-MET’s new release Love Evolution is a strongly played, well arranged, perfectly performed R&B album for the casual flirt, first date connoisseur, and anniversary auditor, in all of us.

Full Review:   There are times when one hears a band and says to themselves, or anyone who is around them, “Man, that’s a great band.”  Then, looking around to anyone who may be listening, “Have you heard the band on this track?  Man!” and so forth until there is acknowledgement, or agreeance, or until it gets overtly awkward.   KIZ-MET’s new release Love Evolution will have random strangers saying “Man, that’s a great band” to anyone who is in ear shot and has Apple Music.

As a group, KIZ-MET is a combination of modern R & B and contemporary rock with the musical sense of Anjie Stone, Yolanda Adams, Jill Scott, with a Mary J. Blige edge,  performed by a young group of musicians who sound like they were all McGill dorm mates who decided to record an album.  The songs are riffy and catchy with strong flowing melodic lines, beautiful background vocals, and more licks than a compilation of Kiss song titles.

The album opens with “Make You Say” a big, round, funky groove with creative keyboard and bass choices.  Excellent vocal performance and musicianship.  Great bass playing from the jump.  Bass lines often go unnoticed, but here the bass is creating melodic interest while holding down the harmonic foundation.  This is R&B with a touch of music geekdom including a Theremin. Yes, a Theremin.  Or at least a crazy Theremin keyboard sound.  Well played, KIZ-MET, well played…

From the onset listeners are treated to creative production choices including dynamic bass drops and unexpected, but toughly cool, sound choices.

“Missing You” is slow-groove R & B with a prominent bass line lead, cool ambient keyboard parts, clear piano, in the pocket guitar and tasteful drumming.   Background vocals sound great and properly placed.  Lead vocals sound flat taking away from their natural power.  Super cool background sound effect, as though someone is playing the outside of a steel drum and running the sound through a distorted phaser / flang effect.  Effecting a rhythmic line to the point of creating a counter-background melodic line is a creatively impressive production choice.

Solid Stevie Wonder Talking Book solo for the keys.  Strong mid-tempo jam with amazing musicianship.  KIZ-MET’s band is tighter than a speed-swimmer’s speedo.  Snare and piano placed well.   Great open jam to close off the track.  Super strong band ready to play and prove their chops in the spaces they are given.

I have never met Stacey Shopsowitz (bass), but I will hire him for any album I ever need. (I don’t usually research musicians, but he has a pic with Lee Sklar.  Seriously people.  Recognize!)

“Let Go”, despite being dangerously closely titled to a Disney song, is, fortunately, not a Disney song at all, rather a big R & B ballad circa Donna Summers and Dionne Warwick.  Melodically dynamic with cool, jammy keyboard, syncopated bass, and strong performing on a solid, slow tempo jam.   Beautiful well-placed low range closing vocal note.

The track here needs to fade away, instead of the abrupt cut, but that could have been due to posting on Bandcamp, perhaps, but a nice long fade out with the room noise fading out when have been a dramatic ending to an emotional tune. (I will check on Apple Music and see if it happens there, as well…..yes, longer fade would work well…)

KIZ-MET has an impressive voice, sophisticated songs, and band that can play until Doomsday.

Throughout the EP levels could be adjusted, or mastered differently, to expand the album’s tonal palette.  At times there are amazing musicianship parts, and background vocals, being lost to odd balance levels.  Overall the mix needs to be opened to give the track breathing room, to allow all parts soar and be heard when needed.

“Something About the Way” has the closest to a well balanced mix. A great hooky, pop tune with deep, funky roots, feeding a bigger, funkier tree.  The music snob in me hates to say this, but the mix of KIZ-MET’s song “Something About the Way” on Youtube works better than the album mix.  Again, amazing musicianship and lyrical lines, but the levelled out video mix serves the tune better.  Wonderful album all around that needs a little mix, or mastering, tweaking.

KIZ-MET’s new album Love Evolution is a professionally, passionately played, modern soul, R&B album.  Go for a night drive, or invite your favourite date over, and put it on.  Satisfaction guaranteed.