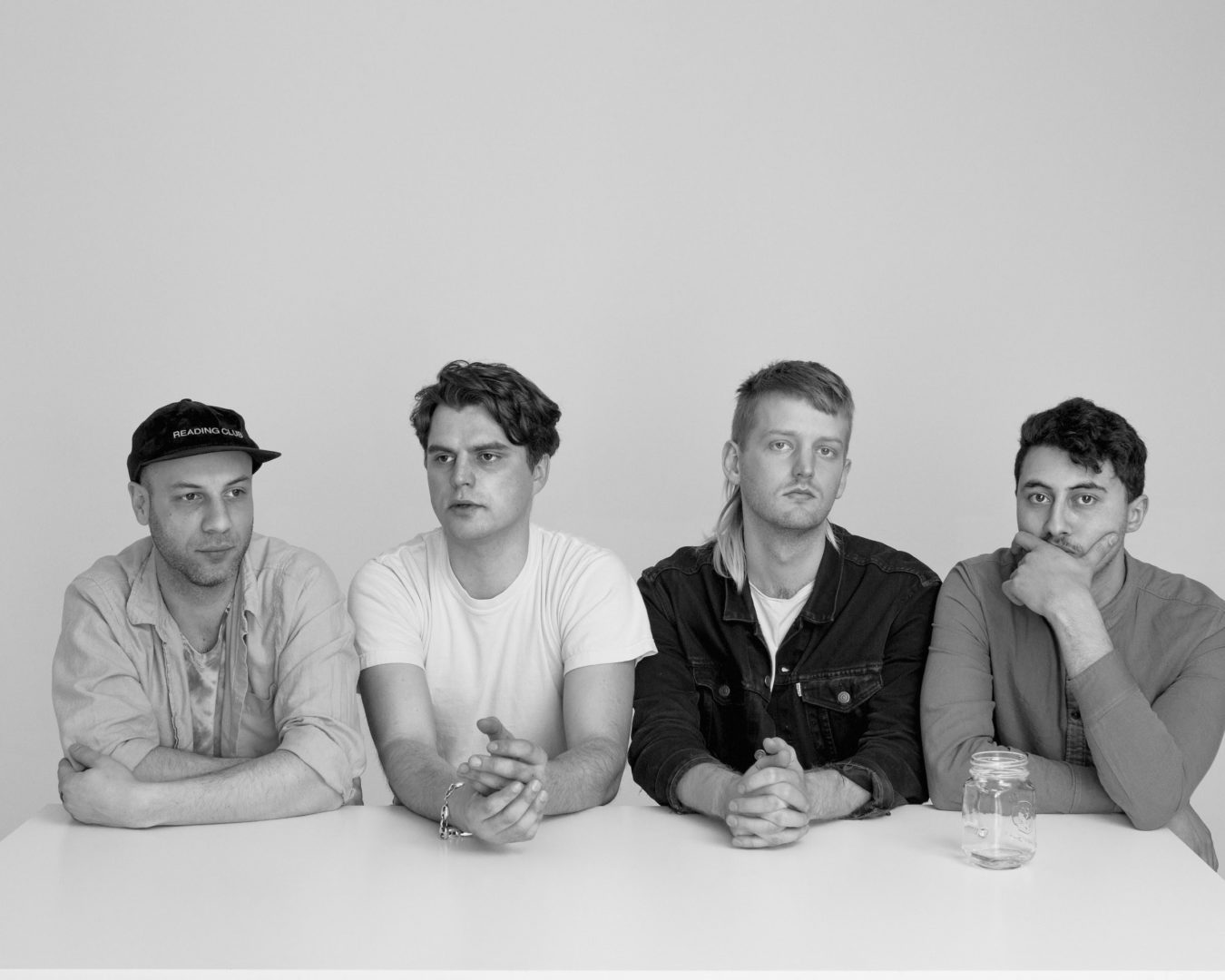 Montreal’s HOAN have just released a video for their song, “Inside Touch”. This marks the second video from their debut release, Modern Phase which is due out on April 28 via Fantome Records. The video is directed by Alexander Maxim Seltzer, and captures the band performing in a Montreal Warehouse space, and alternates between high def images and super 8 footage.

“‘Inside Touch’ is the oldest song on Modern Phase, and it has gone through many different arrangements,” says singer Alex Nicol. “We did not have a set idea for the song going into recording, and in the studio we we worked the guitar and synth tones so they sometimes blend in a way you can’t differentiate. Both synth and guitar play the same arpeggiated riff with different effects (tremolo and overdrive on the guitar) although a similar tone. The guitar starts as a hard pan to the left that transfers slowly to a 10’o clock pan (where the synth is panned), and once it reaches the synth the guitar stays at10 o’clock and the synth slowly transfers to a center pan. This technique reminds the listener of the motion of a wave. For the video we wanted to capture the intimacy of the song in visual form by presenting ourselves with minimal distraction. The song is about overcoming self-consciousness and opening up to someone new.”