Home / Festivals & Events / Shredmonton is back from it’s second year

Shredmonton is back from it’s second year 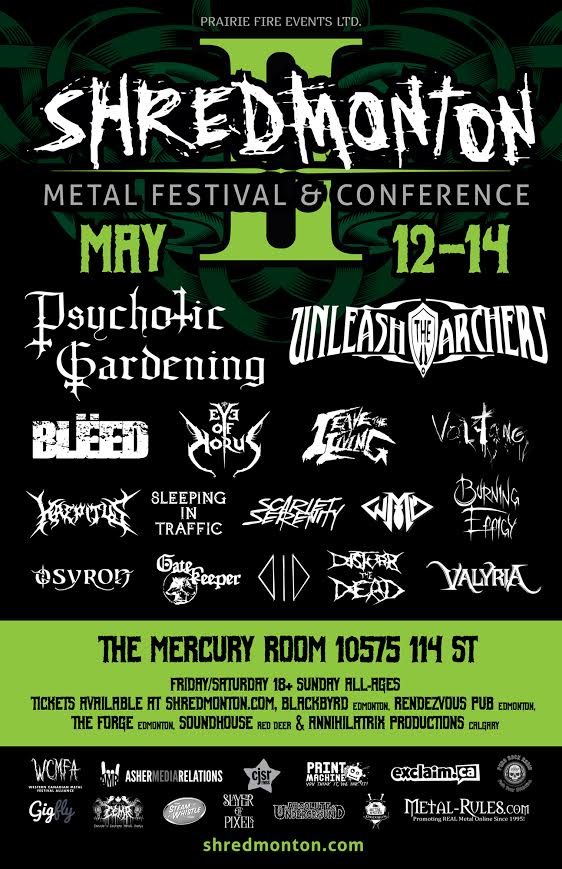 Shredmonton is back for it’s second year and its bigger and heavier then ever. For three days, Edmonton hosts some of the heaviest acts from across Canada. From May 12-May 14 Unleash The Archers (Vancouver), Psychotic Gardening (Winnipeg), and Bleed (Edmonton) will headline the Mercury Room alongside other acts such as; Days I Die (Calgary), Valyria (Edmonton), Voltang (Hamilton) and more .

Organizer Tyson Travnik comments “We’re very proud to be able to focus this year’s festival on showcasing bands that we feel have supported past Canadian festivals plus helped their local scenes flourish. Focusing on keeping this year’s experience intimate, yet retaining top-shelf quality is something that I think will set 2017 apart from events we’ve done in the past. ”

Under age? Don’t Worry ! This year’s festival will include an All Ages event on the Sunday date. As well as a return of an all-ages conference and clinc day. This years will include publicity/promotion, vocal and guitar clinics as well as a recording and live sound clinic.

Tickets and the rest of the line up available on www.shredmonton.com. See you in the pit!