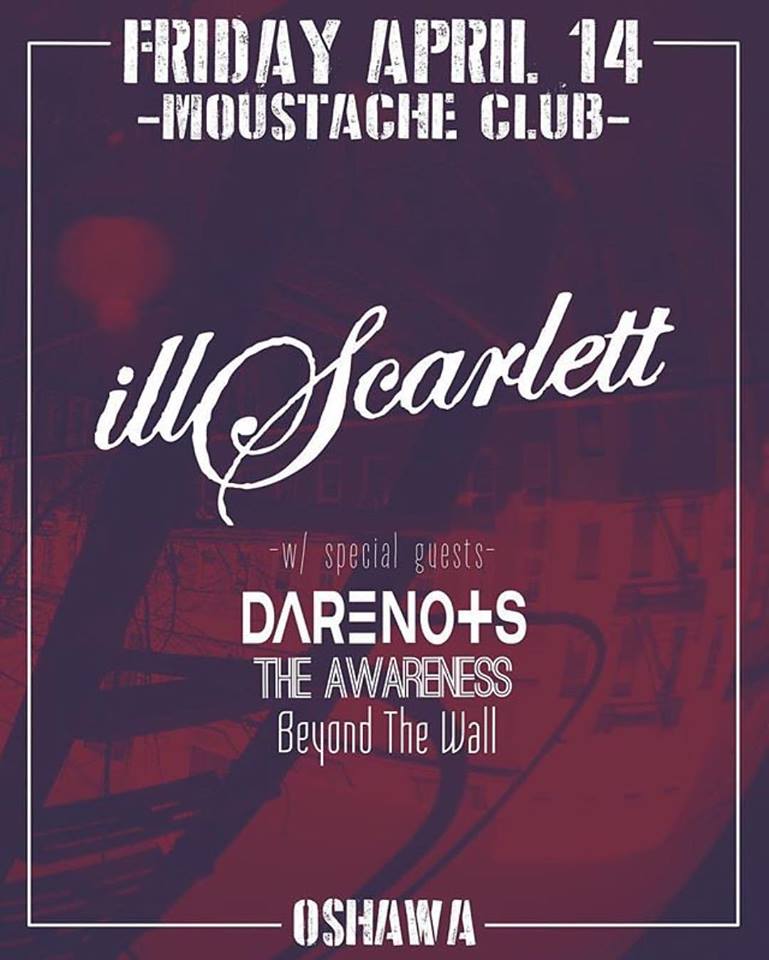 Artists: illScarlett, Beyond the Wall, The Awareness, The Darenots
When: April 14, 2017
Venue: the Moustache Club
Where: Oshawa, ON

illScarlett took on the Moustache Club last Friday night, playing a sold out show with some of Toronto’s finest.

Kicking off the night were “Ajax’s second best punk band” Beyond the Wall. Starting off 2017 with a release of a short film “Death of Me” – BTW is the punk rock that never sleeps. They’re loud and proud, with catchy tunes and lyrics that will have you jamming out all night long. Kicking off their set with “The End” – a tune which is a lot less pop, and a lot more punk, got the night off to a killer start. Followed by “Waste Your Time”, a pop punk anthem you didn’t know you needed – shows just what Beyond the Wall is made of. Next up, they channeled their Green Day-esque vibes for a cover of “2000 Light Years Way” – and had everyone in the audience star struck. Finishing up with “The Rose”, a softer tune – was the perfect way to end a well- rounded, fun filled set. 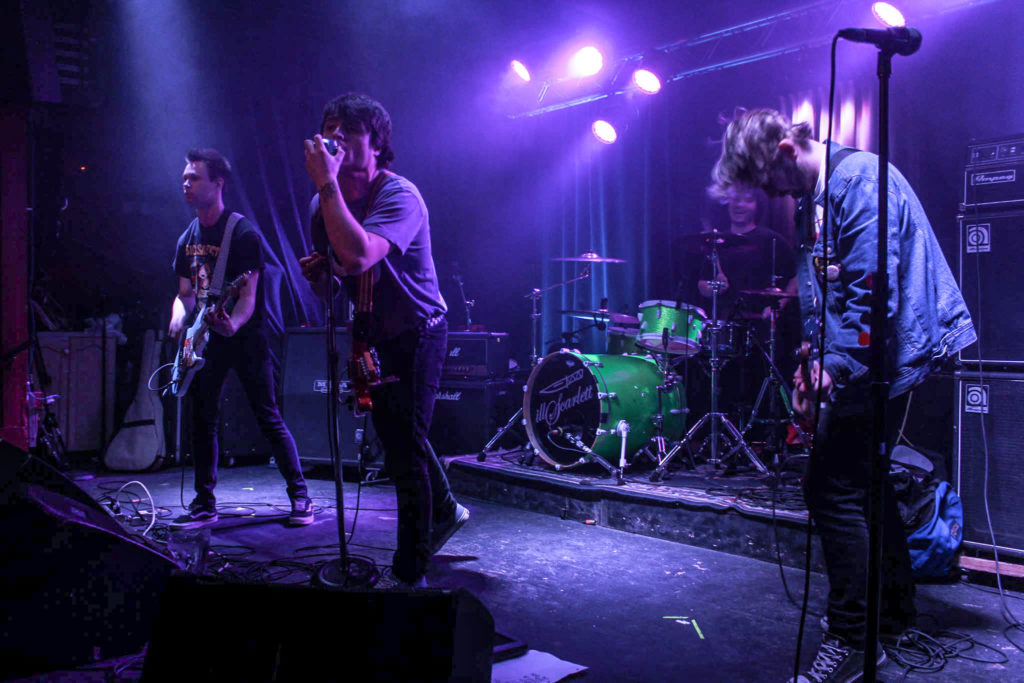 Next up, The Awareness – hard rock hailing from Oshawa. These four had the audience in a trance their whole set – really filling the Moustache Club with all the rock vibes it could handle. Warming up with “Always a Question” – The Awareness kicked it into high gear from the beginning. Followed by “This is the Last Time” and “Misery” – let the audience know they had no intention of slowing down. Strong vocals, steady beats and tight guitar tones made this jam-packed set fly by – leaving everyone wanting more. A must see for rock lovers alike. 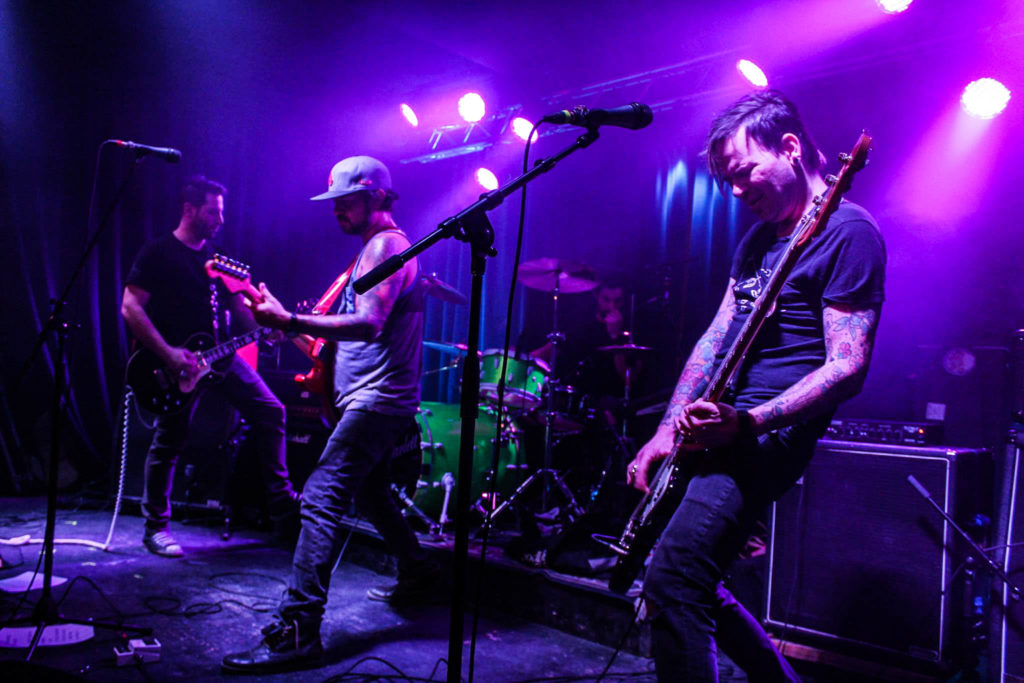 Third on the dock were Darenots – who define themselves as a mashup, and if you ever have the pleasure of seeing this high energy performance, you’ll know why. From their reggae inspired hip hop to the jazzy-blues undertones and the electrifying trap balance of it all – Darenots are a mash-up not to be missed. This band performs their very own party anthems – leaving everyone singing and dancing. Their interaction with the audience, and with each other brought a chemistry you’d never think possible. Creatively adding to their already electric set was their cover of Blur’s “Song 2” – only to add a little twist, the audience was recorded saying “woohoo”, and put into the song. A truly mind-blowing set, from truly talented artists. 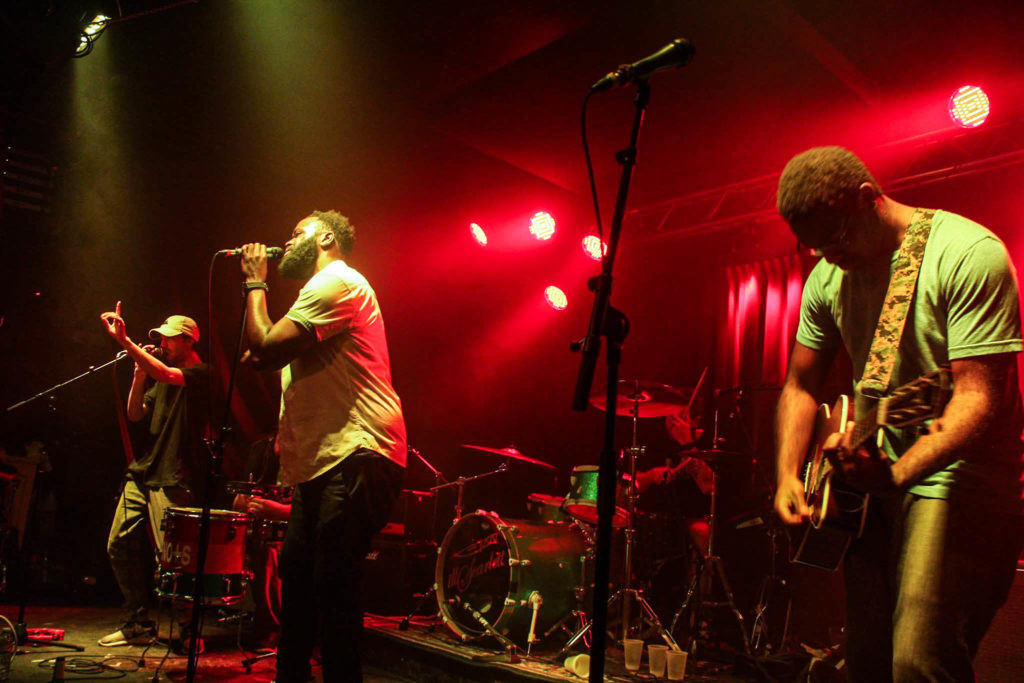 Last, but certainly not least, the main attraction – illScarlett. From the moment this reggae inspired pop band hit the stage, everyone in the audience was belting out lyrics, dancing and even crowd-surfing. Featuring only a trio of their usual foursome, they still brought all the power, which in this case was a chill vibe and smooth tunes. Playing from their studio albums, All Day with It, 1UP and illScarlett as well as EPdemic fans of any stage got what they were looking for. Kicking it off with “My Money” – this raw reggae tune get everyone on their feet, grabbing everyone’s attention with its impressive vocals and cool beats. Followed by “Rally”, which once again got everyone up and dancing, started a mosh pit, and crowd surfing, loosening everyone up for the big finale. As an encore, the song that was requested all night “Mary Jane” – the Moustache Club erupted with this stellar tune and all of the dancing, swaying and singing the audience could give. illScarlett is a band of the ages – leaving everyone who listens feeling a little less stressed and a lot more fun-loving. 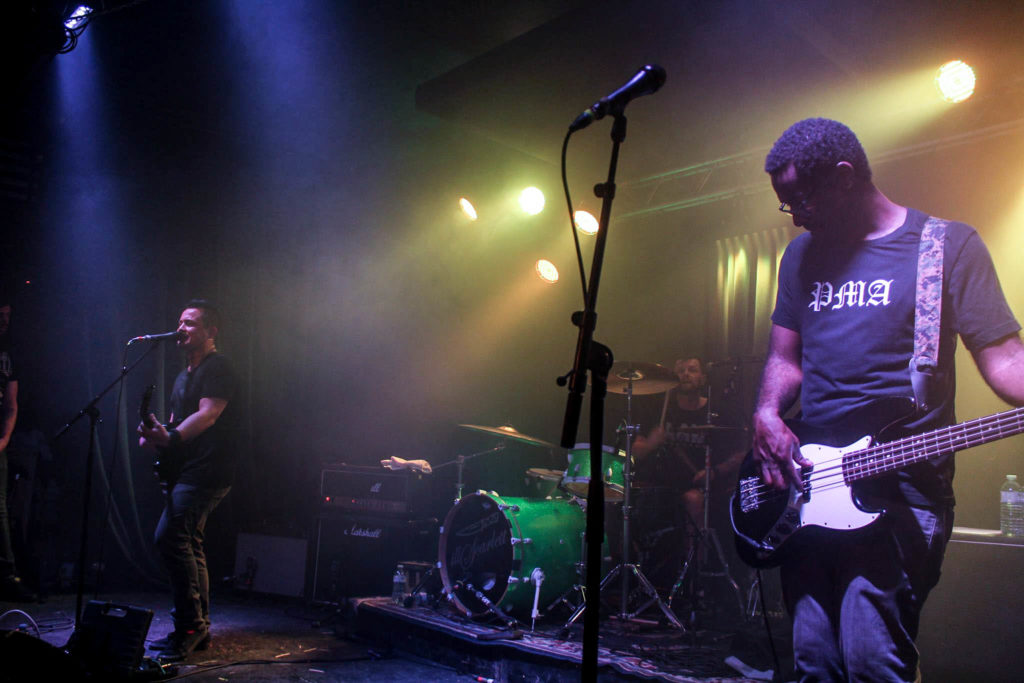 Overall, a killer night at the Moustache Club; if you’re interested in seeing illScarlett (which you should be) here are some upcoming show dates!
Saturday April 15 – Mavericks, Ottawa
Saturday April 29 – Cherry Cola’s, Toronto