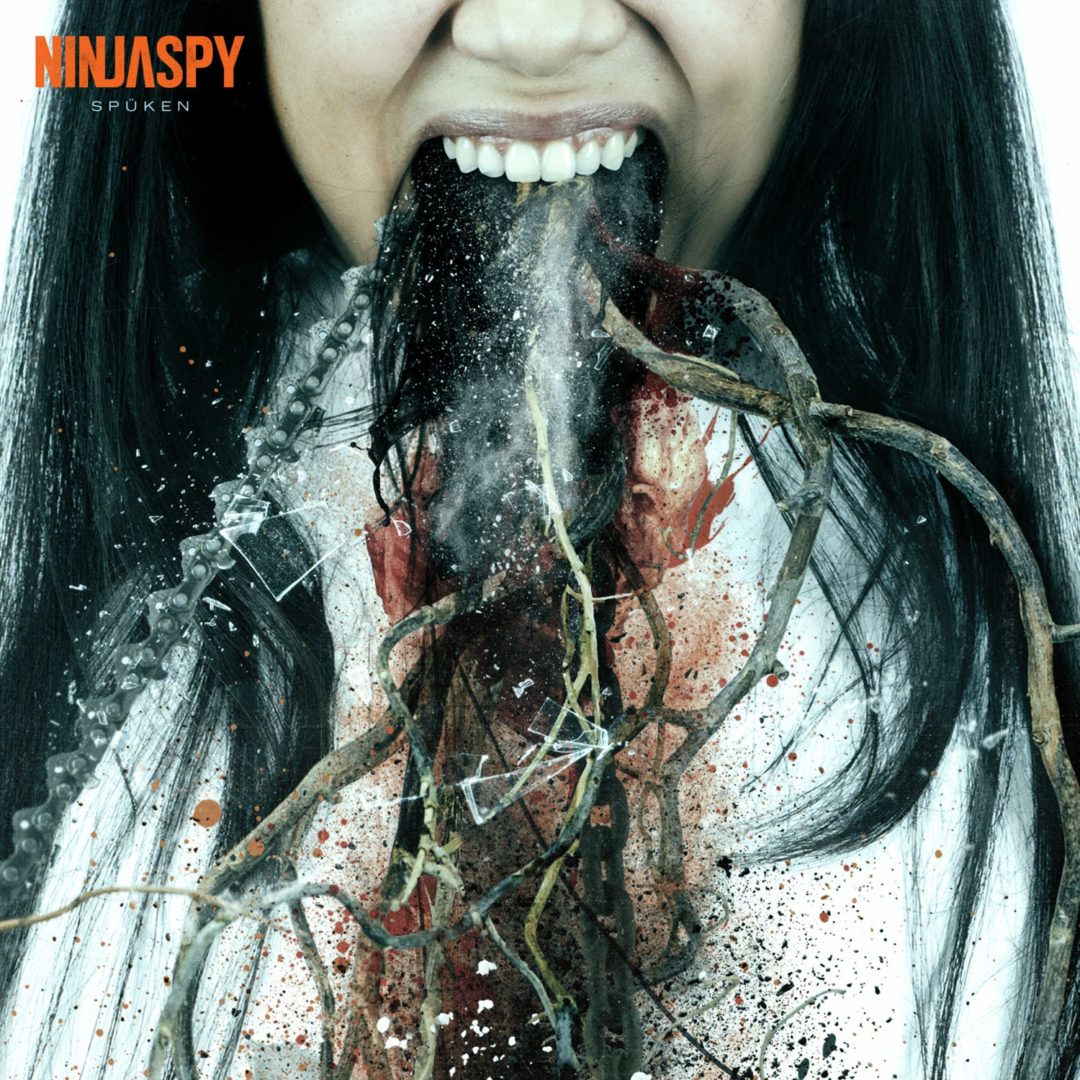 One Line Review:  Vancouver based hardcore, multi-influenced, multi-arrangement phenomenon Ninjaspy reaffirm how the band one currently plays in, is as well as most of the bands that one likes, are lame.

It is one thing to pay homage to the band’s one loves by creating music in a similar style or sound.  Quite often, an entire genre of music sounds like itself, “new” bands copying chord by chord and riff by riff their main influences creating a self-perpetuating scene of slightly blurry copies of the originals.

It is a talent to draw on your influences and create original music, songs that have one’s individual personality and style while using respectful sonic nods and clever lyrical ties.  Music that is knowledgeable and intentional and certainly not intentionally copied.

It is a rare savant that can draw influence from every piece of music one has ever heard, write a series of multi-genre, multi-arranged songs, that change directions a dozen times in one four minute track, then turn that style into an entire record that is fresh and original layering genres of music that, in all honesty, should not work together, but now do, with glorious results.

Vancouver-based Ninjaspy bandmates Joel Parent (Vocals, Guitar), Tim Parent (Bass), and Adam Parent (Drums) are three blood brothers who have created a behemoth of an album with their newest release Spüken, the kind of album that will be spoke in low uttered tones of future animal-skin wearing galactic-Vikings, of a sonic force so powerful they dare not utter its full name in fear it is the soundtrack to the Ragnarok.

Produced by GGGarth Richardson (Kittie, Mudvayne, The Melvins, Rage Against the Machine, Red Hot Chili Peppers) and Ben Kaplan (Biffy Clyro, Atreyu, Haste the Day) Spüken is an innovative blend of styles and sounds that are complete and complicated without ever competing for space.  The album is clear and catchy, defined and technical, impressive and epic.

“These 10 songs span a decade, so there are a lot of different feels happening from song to song that represent what we got into over the years,” as vocalist and guitarist Joel Parent describes the writing and recording process.  “It’s like we spent 10 years swallowing everything life threw at us, then we threw it all back up again, and are now able to listen to the blended, half-digested version of it.”   After playing with the half-digested regurgitation for a while first, of course.

The album opens with “Speak” the track Audioslave should have recorded when they had their “groundbreaking” first release.  Leave it up to three Canadians to create the music the Seattle grunge masters should have evolved and naturally nurtured.

Ninjaspy’s immense strength is their fearless arranging and incorporation of various, seemingly non-related, musical styles.  They easily transition from hardcore to metal to instrumental virtuosity to a straight up ska beat with a one bar detective spy movie riff interjected for good measure.

The ability to multi-arrange per song is heightened by the control and honesty the parts and riffs are included.  Ninjaspy’s songs are not ironic nods or tongue-in-cheek clever tributes for music snobs and intellectual wannabes; these songs are a true blend of styles and sounds, with enough of each style for any music fan to find something to sonically connect.

Ninjaspy is a great gateway for music fans attempting to enter the foray of heavy music with enough hooks for pop fans, enough angst for the punk crowd, enough art for the alternative kids, and enough heavy drive for the metal fan.  The perfect gift for the music connoisseur!

“Dead Duck Dock” has a Lenny Breau, “Looking out for Number One” BTO vibe before becoming Faith No More’s Angel Dust with Cannibal Corpse vocals.  “What!!” is Ninjaspy teaching Stone Temple Pilots how to write a hard core, straight ahead rock tune with a seemingly non-sequitur, but catchy as all get-out, back ground vocal line with a dash of classic Van Halen Michael Anthony sound.   Extra points for including punctuation in their song titles.

“Jump Ya Bones” is a song title only Fishbone can really pull off, but luckily for Ninjaspy their funky, hard based, riff jam fits the bill, complete with a natural ska feel and horn lines.  Fishbone and Ninjaspy would be a killer double bill!  Isn’t Fishbone touring right now with original members for the first time in 25 years?  Why has someone not booked this yet?

Ninjaspy’s new album Spüken drops April 14th, with the video for their first single “Speak” available on YouTube.  For information on news and extensive tour dates, head to http://www.ninjaspy.net/.  Ninjaspy can be purchased on iTunes, Cd Baby and Bandcamp.