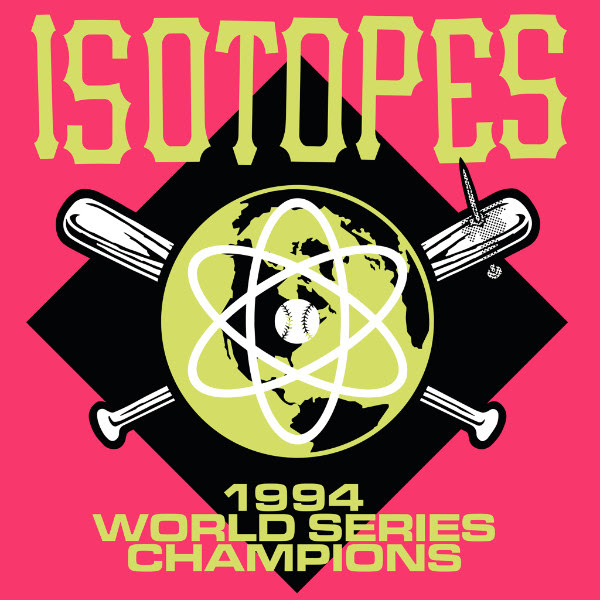 B.C’s baseball-punk rockers, Isotopes Punk Rock Baseball Club a.k.a ISOTOPES are set to release their full-length album 1994 World Series Champions on April 14. The 10 track album brings a twist to the punk rock scene… the songs are written about baseball. With consistent tones and catchy lyrics, ISOTOPES are a new spin on a classic sound.

“Indian Summer”, the fourth song off of the album reminded me of Blink-182’s Dude Ranch album, only a lot bolder. This song has similar tones to the album, while being all that much more creative with its lyrics – speaking all about the baseball season. Cool guitar tones complimented perfectly by vocals makes this song a winner.

Next up, “Morganna”, is different for ISOTOPES, without straying far from their sound. Lyrically, this song speaks about the baseball “Kissing Bandit”, Morganna Robert, in a love song tribute to this baseball wild child. The sweet, but edgy lyrics had me singing along, making  “Morganna” very easy to remember, and hard to forget.

Wrapping up 1994 World Series Champions is “Sandlot Party” – which speaks for itself, this song is a party. This feel-good tune is a perfect group sing along – with easy lyrics and an upbeat tempo, you can’t help but join in. The happy vibes of this song put listeners in a great mood.

ISOTOPES hit the ball out of the park with 1994 World Series Champions – giving listeners a new spin on the classic punk scene. Creative lyrics, upbeat tunes and good vibes make this album a perfect fit on any summer playlist.