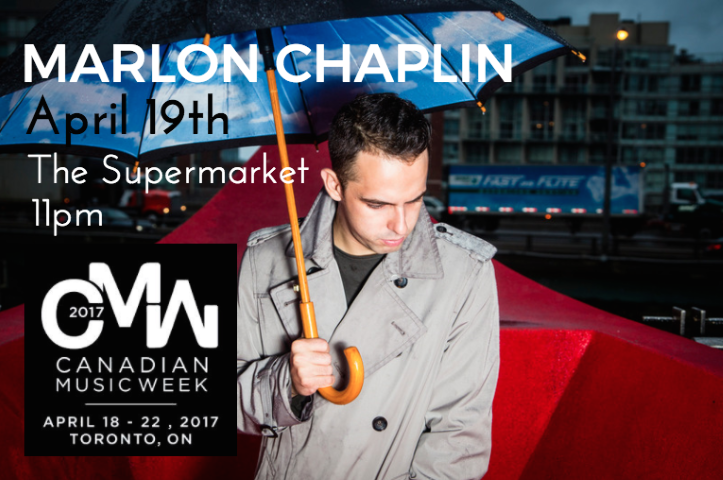 Marlon Chaplin has just released a live video of his performance of “Fossils” at The Drake Underground in Toronto. He has also announced that he will have a second performance date during Canadian Music Week, which will take place on Friday, April 21st at The Hideout at 11:00pm. You can also catch him at his previously announced show which is on April 20, 2017 at 11pm at The Supermarket in Toronto. Try your best to catch him at one of these shows, you won’t regret it.