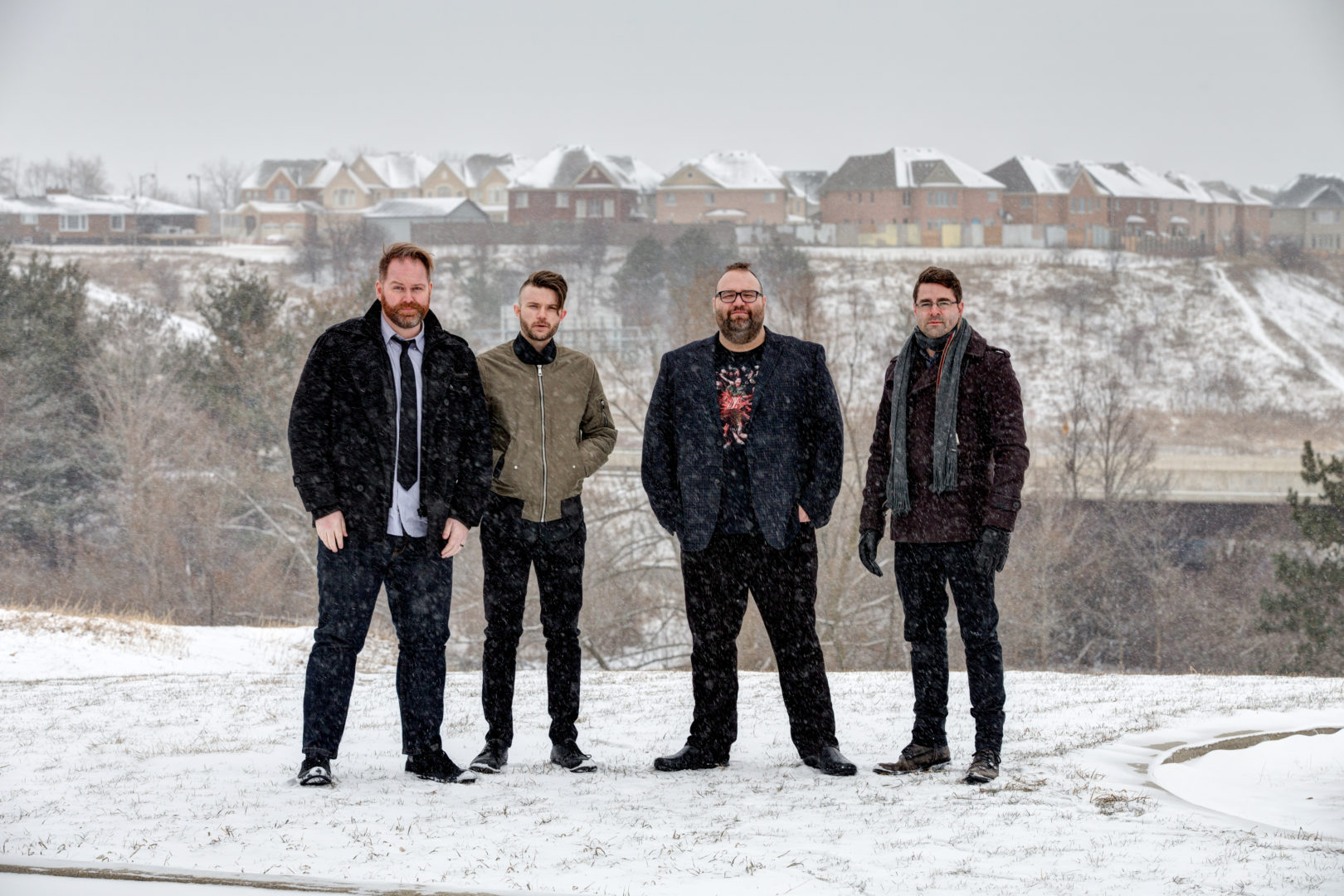 Brampton rockers, The Sole Pursuit have recently released Flower City After Dusk, their follow-up album to Infinite Regress.  2017 is shaping up to be a busy year for them!  We recently had the chance to reconnect with Kyle Dawe (lead singer) to chat about their newest album and what fans can expect from them this year.  You can also read our review of Flower City After Dusk, here.

It has been two years since we last caught up with your band for an interview in Barrie, ON as you performed at ROCK-A-PALOOZA 2 at The Roxy Sideroom.  Since then you have recorded another album – Flower City After Dusk, which was released on March 31.  You have described this album as ‘the most impactful and compelling musical statement of your life’.  Share your insights on this statement.

Thanks for catching up with us! This is Kyle Dawe, the lead singer/guitarist and primary songwriter in the band.

Our first full length – Infinite Regress – was essentially an album recorded very hastily and without much flourish in terms of production. With Flower City After Dusk, the idea was to really make something we could be exceptionally proud of, to leave it all on the field as they say, and out of that particular desire came a particular work ethic. We demoed new songs extensively and did equally extensive pre-production with the band.

In terms of production, we had meetings with our producer before even committing to the project, just to discuss the feel of what we were trying to achieve. I couldn’t be happier with how things turned out. Love it or leave it, you have no control over how people respond to your art, but this is a piece of work I can stand behind.

What was the inspiration behind the creation of this album?

Musically, we just wanted to make a great rock album. There were specific things we wanted to do with this batch of songs that excited us on a basic technical level. On a thematic level, the record is about moving beyond the despair of searching for the fabled ‘redemptive life-arc’ that had characterized much of my life, toward embracing the proverbial now. It’s been a beautiful thing.

Who did you work with to help put this album together?

Mike Langford produced and mixed the album, and I am so appreciative of the work he did on this, particularly with the mix. We had a mix done by a top level guy for a chunk of change and we ended up going with Mike’s mixes because they were just perfect, there’s no other word I can use.

Your band has seen some changes in its members since we last met up.  Introduce your current members to our readers.

AJ Perry remains my primary creative partner, but we welcomed bassist Dylan Burrett into the group almost two years ago now. He’s almost a decade younger than us and at 23 he’s such an accomplished player, he’s incredible.

Similarly, we welcomed Tony Nesbitt-Larking to the drum-stool about a year ago. Sine then I’ve found myself in the enviable position of having your favourite drummer in in your band. This guy is a beast, and his talent goes beyond the drums, he’s released some great solo records that I think everyone should check out.

In listening to your music, one of the things that stand out is the meaningful and thought-provoking lyrics that seem to effortlessly incorporate themselves into the catchy melodies.  Which song on your new album stands out the most to your band?  What are the meaning behind those particular lyrics?

Thank you very much for saying that, I take that as a very great compliment.

Lyrically, I think that “Once a Year” is an important one. The song is about realizing you’ve lived the entirety of your life wanting it all. You go through most of your youth seeking to gratify a very personal set of desires, wholesale. I think part of adulthood is the discovery that the ceaseless march of time precludes that gratification from ever being achieved. The kicker though is that this realization, this knowledge, does not quell the desire.  So “Once a Year” is about saying, ‘I want it all, and that’s wrong and that’s impossible and I’ve been terribly mistaken but I will not mourn what I have lost to this mistake.’

What are your plans for the rest of 2017 with regards to performing/touring?

There’s always a few gigs on the go in an around Southern and Central Ontario. We will tour more extensively toward the end of summer and Fall.

What has been your favourite moment at a show?

My favourite moment at a show, and this has only happened a handful of times so far, is when the audience responds loudly to specific musical moments. We all like to go crazy after songs or when a band takes the stage or before an encore or whatever, but audiences that respond to musical moments are awesome because it just demonstrates an attentiveness that you don’t always encounter!

When you tour, what is your one must-have item (gear and essential music supplies excluded) that you must bring along with you?

Let’s face it, the answer is weed.

At Canadian Beats, we are gearing up for summer festival season.  Do you have plans to attend any summer music festivals as either performers or spectators?

This summer I am taking a trip to Wisconsin for the third annual Eaux Claire festival, and I can’t tell you how excited I am about doing so. I’ve been to so many shows and so many festivals and I never thought you could get sick of seeing bands you love and know, but lately I kind of have been. I am a huge fan of Justin Vernon’s work and hearing about what they’ve been doing with this festival is just super exciting and sounds like it could be the inspiring experience I’m hoping it will be.

What is your favourite spring-time activity or tradition?

That’s a tough one. I love simply being able to walk around outside with a T-shirt on. After winter it’s a small miracle to feel that pleasant air against your skin. This is another way of saying I don’t play any sports.