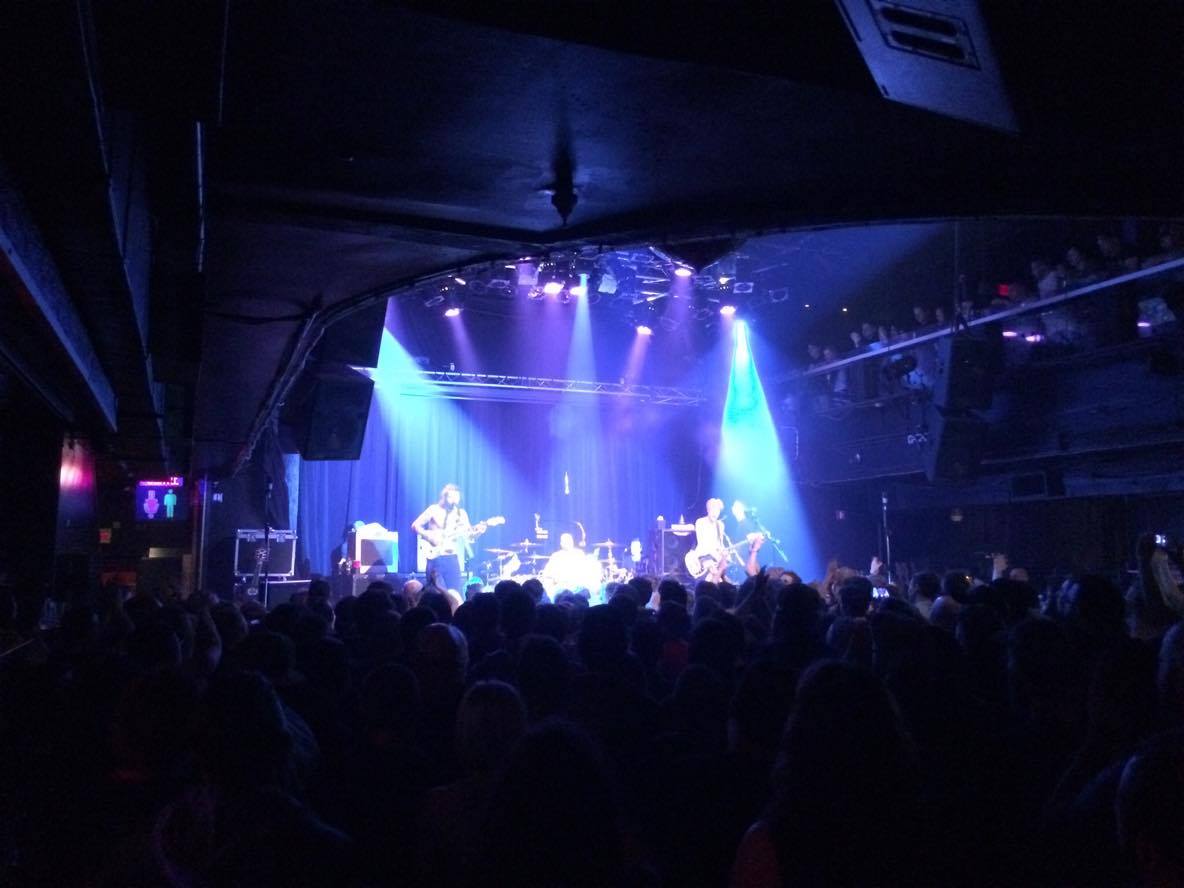 Scottish rockers, Biffy Clyro, have been touring Europe since the release of their seventh studio album, Ellipsis, last summer. This spring, the band has brought the show to North America, and I was excited to catch them on their stop at Café Campus in Montreal. Kicking off the evening was Atlanta rock band O’Brother, who had me feeling nostalgic with their 90s grunge vibe.

Biffy Clyro took the stage (minus their shirts) at 9 PM, after several minutes of the crowd shouting their signature chant, “Mon the biff” to welcome them. The band emerged to a recording of the San Francisco Girls Chorus “I Cannot Dance O Lord,” before transitioning right into “Wolves of Winter,” the lead single off the new record.

Throughout their 90 minute set, Biffy Clyro radiated energy that was matched by the crowd for each performance of the night. The band started the set off a bit heavier, with some of the faster paced songs such as “Living Is a Problem Because Everything Dies,” “Sounds Like Balloons,” “In the Name of the Wee Man,” and an amazing version of “Biblical.” One of the best moments of the night was when Biffy Clyro began the opening riff of “Who’s Got a Match?” and the previously uninterested looking middle-aged woman next to me jumped off her chair and intensely rocked out for three minutes.

My personal favorite moment of the show was when the band played “Different People” from their 2013 album, Opposites. The performance started off with just front man Simon Neil on guitar, soft and slow, then built up to a crescendo after the first chorus with the full band joining in. A highlight for the full crowd occurred with the final song of the set, the classic “Many of Horror,” which had everyone singing along. For the encore, Simon had a chance to really show of his vocals with a beautiful acoustic version of “Machines,” before the band finished off the night with  “Stingin’ Belle.”

One of the most striking aspects of seeing Biffy Clyro in a live setting was watching the audience as they performed. They are one of those bands where each member of the crowd looks as though they are having a divine experience. They sing with the band, they move with the band, and they feel every instrumental riff, every lyric, right along with them. With that kind of response, there is no doubt that Biffy Clyro will be back to visit us soon.