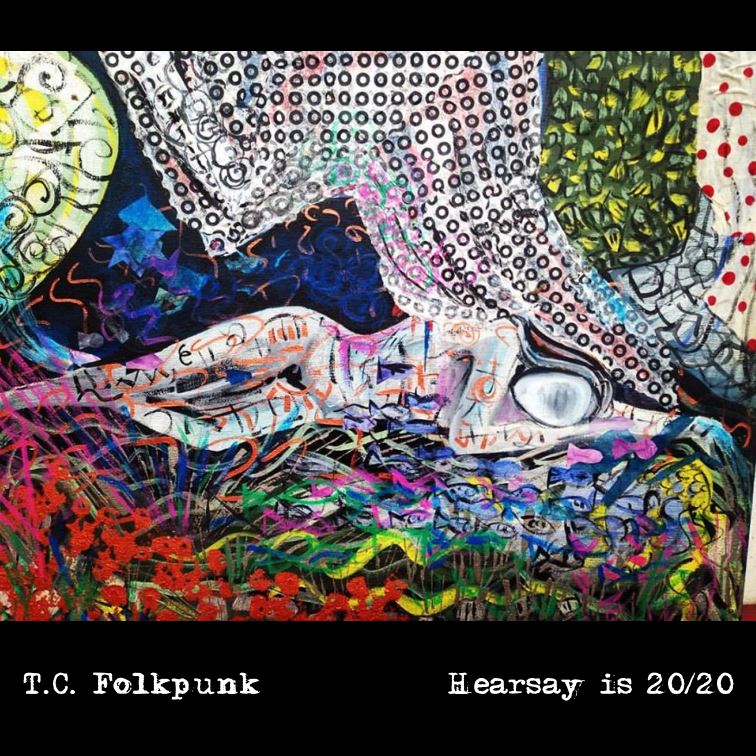 T.C. Folkpunk released his latest album earlier this year, Hearsay Is 20/20, recorded live off the floor. T.C. may sound familiar to you as we’ve covered his music before when he released his album Lamest Fast Words back in 2014. The current nine track release continues his unique style and sound that is undoubtedly T.C. Folkpunk. Almost raspy like vocals mixed with guitar give the listener a treat throughout the album.

Calling Hearsay Is 20/20 catchy would be one of the biggest understatements of 2017. Right from the beginning with “Ingenue Emeritus” and its upbeat pace set the tone and mood for the rest of the album. Full of lyrics and riffs that will be stuck in your head long after the song stops playing leads into “Sort of Like Danielle”, following suit with infectious and humorous lyrics such as “trapped in a bubble where the air is now as thin as his patience”. “Maybe He’s Crazy”, the longest song on the album clocking in at just under four minutes long, seems to be about telling someone something that hurt them deeply, masked with guitar with a darker vibe compared to the other songs. The album closes with “A Night Off the Town” bringing back the faster pace and leaves the listener craving more.

Over all my only complaint about the album is that it simply isn’t long enough. Only two of the nine songs are over three minutes long but it’s still plenty of time to get stuck in your head for the rest of the day. Even after listening to it once I was humming the melody to “Ingenue Emeritus” for the rest of the afternoon.