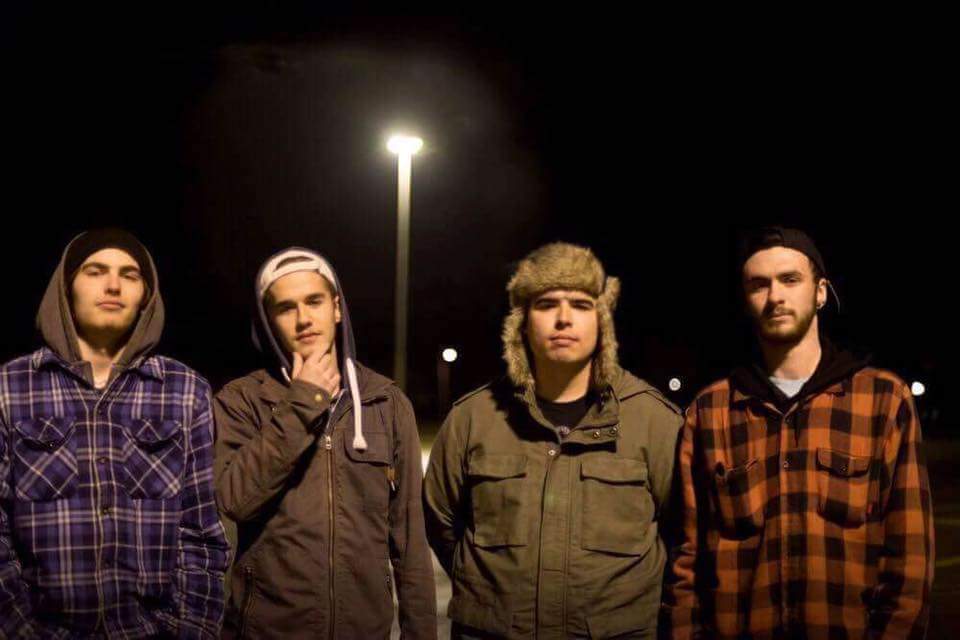 Montreal, QC based band, Empty Minds will be releasing their debut album, 3377 via Collective Wave Records on April 14, 2017. We were happy to chat with them before their release for this Five Questions With segment. Give it a read, and also take a listen to their song, “Burying Thoughts” to get a feel for their music.

We are Empty Minds, a band from Montreal, Quebec. Antoine Blanchette is the singer and rhythm guitar player, Oli Derkzen is the lead guitar player, Simon Leduc is on the bass and Jack Laplante on the drums. Our music style? Well it might be rock/post rock/hard rock/grunge/post grunge/hard rock… No one really knows so we go with what style we get attributed to. We’ve been a band the four of us for a year now. The band existed before with many other musicians that never made it more than a year so it’s a good sign! Plus we’ve got an album coming out on April 14th called 3377 on Collective Wave Records. We actually live on the south shore of Montreal where the diversity and people per square mile is pretty lower. So with our album we hope to be able to take our music to a lot more music lovers like us.

It’s really simple. We play whatever comes through our minds and when we get to our rehearsal space we just play the riffs and try to build around it. If it works, we keep it, if it doesn’t we scrap it. Obviously we have some influence like Foo Fighters, Deftones, Radiohead, Queens Of The Stone Age and many more. Our songs are all about the feeling they give us and to the people who listen to them. It’s a way for us to express some inner feelings, energy and thoughts. Then the final part is to add words to it and we have a song! The hardest part is to give it a title.

Yes! We have our Album Release Show on April 20th at The Katacombes in Montreal, then we go out to Ottawa on May 25th to play a live session on CKCU, then on the 27th we’re in Toronto at The Cavern Bar and finally on June 8th we’ll be going back to Toronto to play at Junction Music City Hall with possibly more dates to be announced soon.

Our live performance are pretty loud, two guitars, a massive bass sound and a loud drum, everything that makes it hard to be booked at all of the indie rock shows.

We always love the classics like Neil Young, Tragically Hip, Our Lady Peace, Mattew Good Band and Billy Talent which are the ones that we listen to the most. For the newer bands we love Monster Truck, The Dirty Nil and PUP. They are all an inspiration for us and we hope that some day we can share a stage with them.