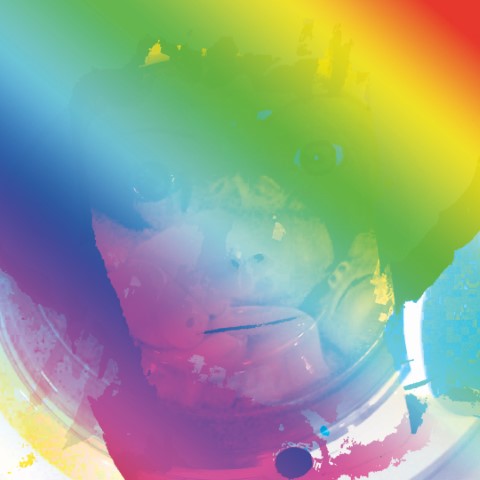 CO/NTRY is made of up of Beaver Sheppard and David Whitten. The two are about to release their second album, Cell Phone 1 through Montreal label, Fantôme Records. We had the chance to ask them a few questions for this segment of Five Questions With, and if that’s not enough for you, be sure to stop by Théâtre Fairmount on April 14th for their album release show! Also, for a taste of what’s to come on their album, check out their video for “Living in a Body”:

Though we like to think of ourselves as genre-neutral, we cycle through a wide variety of styles with manic indifference. To write a song, we start by juicing 50 Carolina reaper peppers and spitting the liquid into each other’s eyes. Next, we cover the studio floor in fresh kale leaves and burn a pile of palo santo until the room is completely filled with smoke. We then strip completely naked and slap each other as hard as we can, for about an hour, until our bodies are red and sweating. Once we’ve entered into a full state of trance, we boil bags of garbage then drink the liquid. When we’re seconds away from dying, we dial 911, then click “go” on the computer and an algorithm composes the music and lyrics.

We’re releasing our new album, Cell Phone 1, with Bernardino Femminielli, Persons, and Dj Kaz Kandy at Théâtre Fairmount on April 14th in Montreal. You can expect to see: offensive lighting, all of your favourite celebrities, seven different children’s choirs, hand holding, and free cheese pizza for kids under the age of 12. No music, and clothing is optional. It’s been described by God as “the greatest show on earth”.

It’s difficult to choose one song to represent our sound, because they’re all so different from each other, but “Cash Out”, the first single off our new album, is a good place to start.