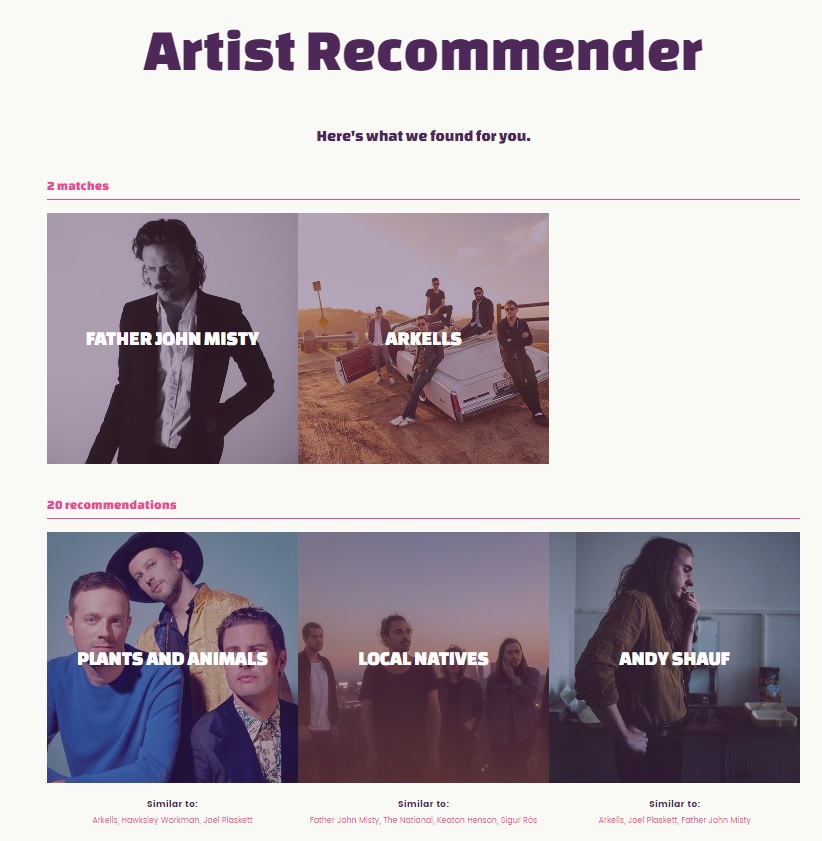 One of the hardest parts of any festival is trying to plan out your daily schedule. With so many acts playing, a large number of which you are probably unfamiliar with, it can often feel daunting enough to make some folks camp out at the main stage for the whole thing. Doing this though, would be a huge disservice to yourself and negate one of the best experiences of a major festival… finding new music! Let’s face it, there really is no better introduction to your new favourite bands than hearing them for the first time at a live show.

It’s impossible to see every artist playing at even small festivals so with over 100 acts, playing 6 stages spread across the beautiful Île Notre-Dame, it’s difficult to figure out where to start planning for Montreal’s Osheaga Festival. Our friends at Evenko (the team behind Canada’s favourite summer festivals) know just how overwhelming it can be and they’ve got your back in the form of their artist recommender.

Follow the link above, log in with your Facebook account and let the API do the work for you. After analyzing the artists you follow on the social media platform the algorithm will not only show you which of the artists you like will be playing this years fest but, also recommend some you’re not following based on your tastes. Each recommended artist is accompanied by a list of those you like which formed the basis for the recommendation to help you further narrow your selections.