Home / Promos / Rococode to release “Young Ones” EP on June 16

Rococode to release “Young Ones” EP on June 16 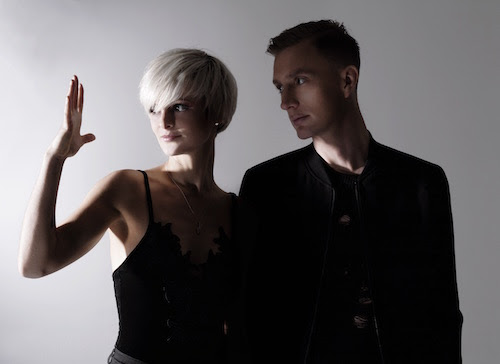 Vancouver-based duo Rococode have announced that their upcoming EP, Young Ones will be released on June 16 (via Marquis).  Andrew Braun and Laura Smith describe their music as ‘a marriage of contrasting personalities’, fusing together their contrasting styles.  One listen of their dark indie electro pop tunes and you will be convinced these two have perfected their musical chemistry.

Young Ones was co-produced by Caleb Shreve (Phantogram, Bear Hands, Tegan and Sara) and Jon Siebels (Eve 6, Switchfoot, Dreamers) on a songwriting retreat in Los Angeles and then received further attention and final details at both the National Music Centre in Calgary and Monarch Studios in Vancouver.  The resulting album has been described by Braun as ‘the most ridiculous collection of instruments every assembled’ and provides the listener with a musical escape of epic proportions.

In advance of the album’s release, the single, “Brutal”, has already been released as a lyric video, which you can view below.  The song explores the theme of trying to be a good person in a tough time.

Related ItemsBrutalEPFritz MediaMarquisRococodeVancouverYoung Ones
← Previous Story Adaline releases debut single, “Entertainer”, from her third studio album
Next Story → Teo Milea invites you to the premiere of his piano & flute concert A New Beginning in Toronto, alongside fellow musician Terry Lim