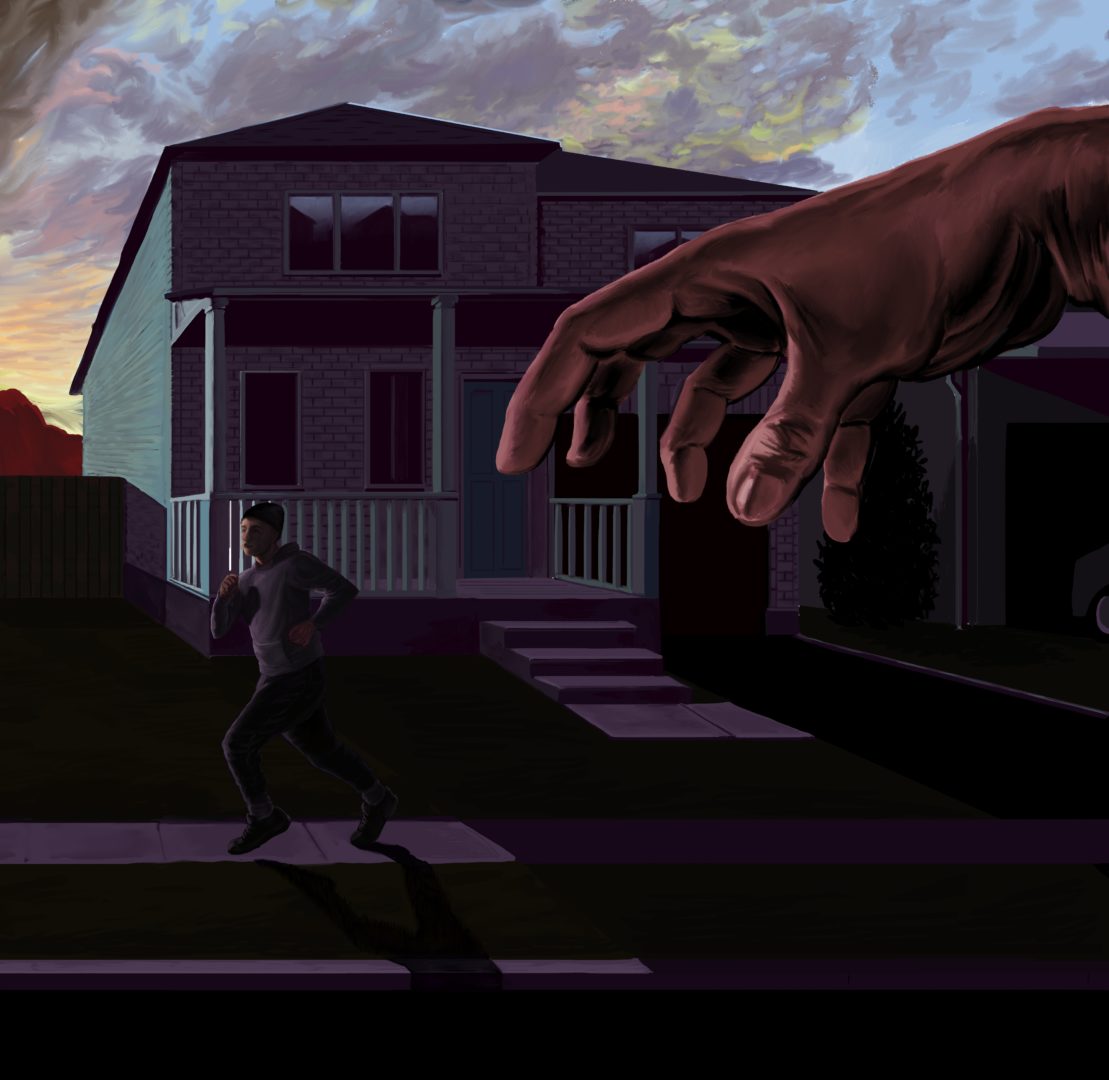 Four-piece Brampton band The Sole Pursuit are blowing critics away with their newest album, Flower City After Dusk. With electrifying guitar solos from guitarist and co-songwriter A.J. Perry, former The Most Serene Republic drummer Tony Nesbitt-Larking as a powerhouse on the drums, and Dylan Burrett as a backbone of steel on the bass, lead vocalist and primary songwriter Kyle Dawe brings his creative vision to life with a bang.

The 12-track rollercoaster of an album kicks off with “Ashes”, a shimmering instrumental intro quickly diving into the edgy, irresistibly catchy combination of Perry’s electric guitar and Dawe’s layered, Screamo-influenced pitch.  The end result is a grungy head-banger of a song, the speeding car of Perry’s shredding downbeats, Dawe’s ever-intensifying vocals, and Nesbitt-Larking and Burrett tying the track together with their whirlwind of drums and bass.

Like all the tracks on Flower City After Dusk, “Get Fed” hits the ground running, but showcases the group’s diversity with its slower pace and its heavier emphasis on drumbeats. Dawe’s lyrics soar to the forefront, evocative and unmistakably genuine; each instrument is given equal weight, the synergy between the four musicians palpable even to the casual listener.

Like Smashing Pumpkins but with bite, The Sole Pursuit promise to pack a punch and deliver. Flower City After Dusk is downloadable now, and isn’t an album to be missed.