Home / Albums / Review – The Harpoonist And The Axe Murderer

Review – The Harpoonist And The Axe Murderer 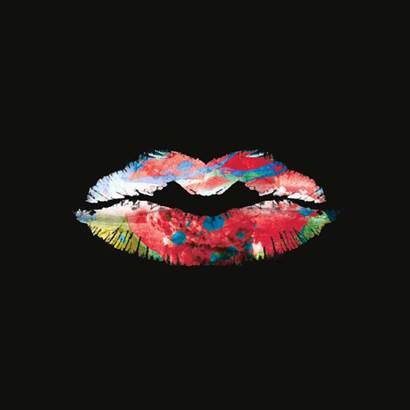 Apocalipstick, the fourth album for the award-winning BC duo, The Harpoonist And The Axe Murderer, has been released via Tonic Records as a follow-up to A Real Fine Mess, which was nominated for Blues Album of the Year at the 2014 JUNO awards.  Band mates Shawn ‘The Harpoonist’ Hall and Matthew ‘The Axe Murderer’ Rogers plan to excite your aural palate bye serving up their specialty dish with a recipe that calls for equal helpings of blues and rock, seasoned with soul and a dash of folk.  The dish is dressed up with fresh notes of synth and sultry guitar tones.  Their deep-dish sound is thanks to a plethora of instruments, including harmonicas, foot percussion, warm and fuzzy sounding Telecasters, organs and synth.  They describe their sound as a combination of ‘rock & roll swagger and decades-deep blues style’.  Paired with their thought provoking lyrics, we just call it delicious!

The album opens with the tribal calls of “Get Ready”.  Harmonicas and pounding percussion make you stop and take notice, which is an excellent way to be introduced to the album!  Apocalipstick does not fade out after this first track.  Hall’s vocals ring out bearing resemblance to a plush combination of Joe Cocker and Caleb Followill (Kings of Leon) and are especially sumptuous in the stripped-back “Treat Me Kind”.  The duo has also experimented more on this album with synth and electric sound, which gives several songs on the album a space-y and new age feel to them, like in the song “I’m Back.  “Forever Fool” is a song with a message and an unmistakable funkafied vibe.  Check out the official video for it below.

Its not too late to catch The Harpoonist And The Axe Murderer on their current tour.  The band is currently in Ontario with plans to tour back west as they head home.  Their full tour schedule is listed below. 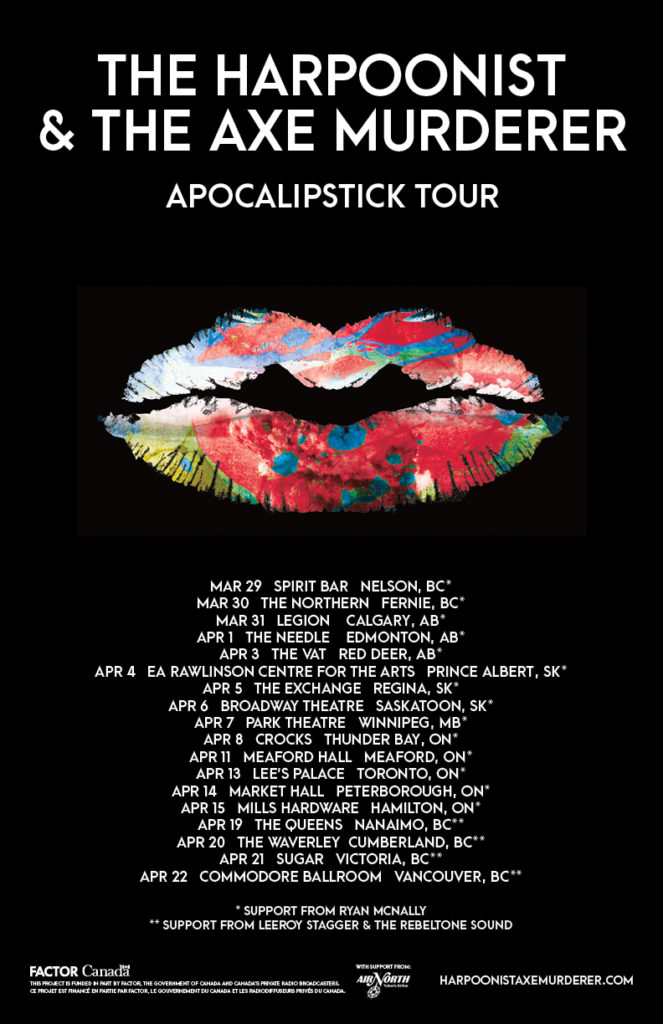