When: April 6, 2017
Venue: The Velvet Underground
Where: Toronto, Ontario

We here at Canadian Beats would have to be either blind or stupid not to notice that Toronto’s Never Say Die have been dominating our Weekly Beat Down for a few months now. As such I could not pass up the opportunity to get out and check them out live when the opportunity arose. As good as their album is (check out the review from The Riz here https://canadianbeats.ca/2017/04/02/review-never-say-die/) their live show is even better. Opening for Art of Anarchy the guys killed their first hometown show and had a special surprise for the audience when towards the end of their set front man Reid Henry invited friend and former band Matt Walst (Three Days Grace, My Darkest Days) on stage for a rendition of My Darkest Days first hit single “Porn Star Dancing”. It was a great night and left no doubt as to why this foursome seemingly can’t be beaten no matter what challenger we put in front of them. 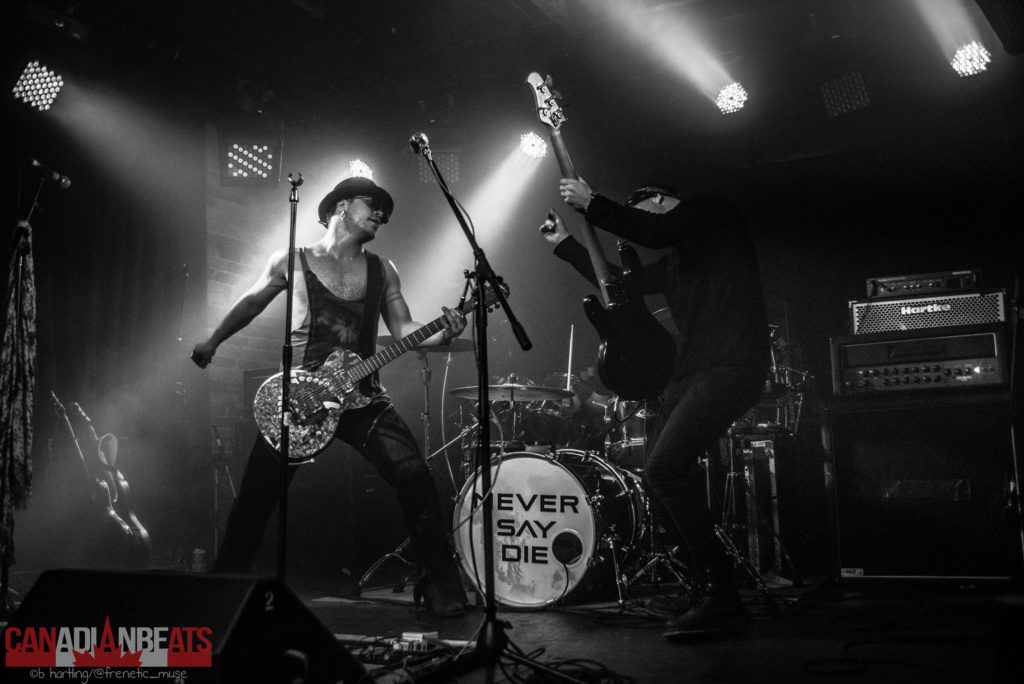 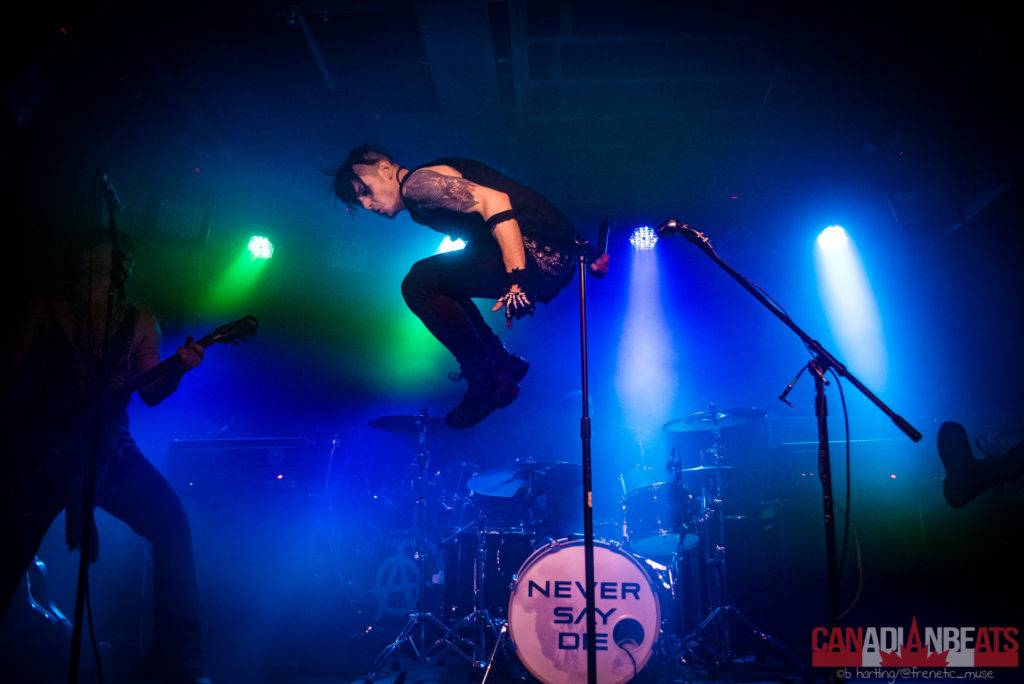 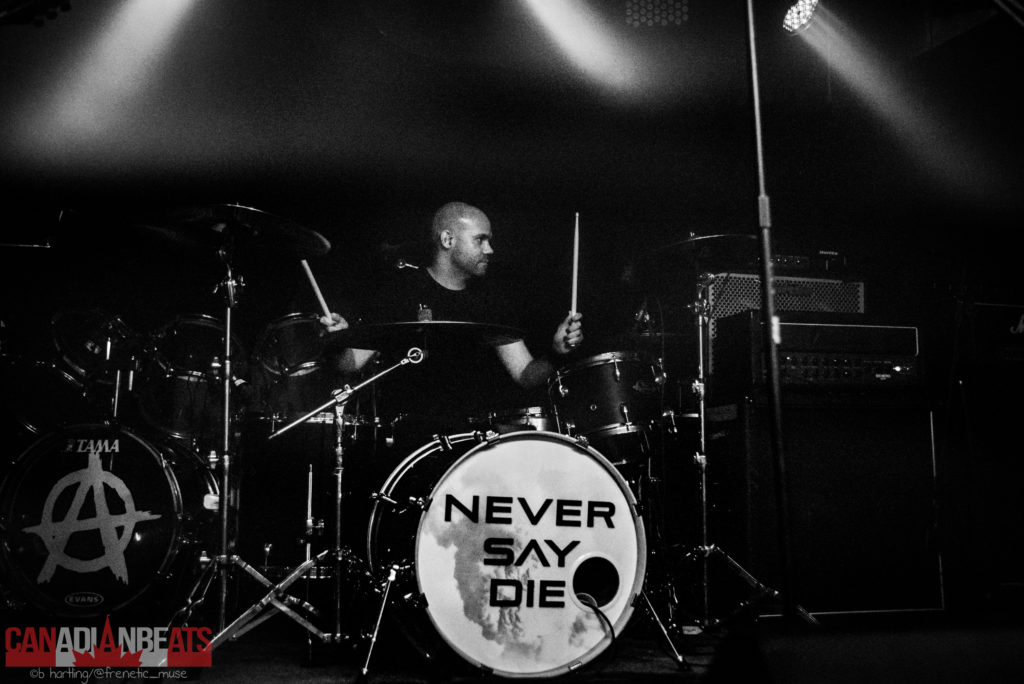 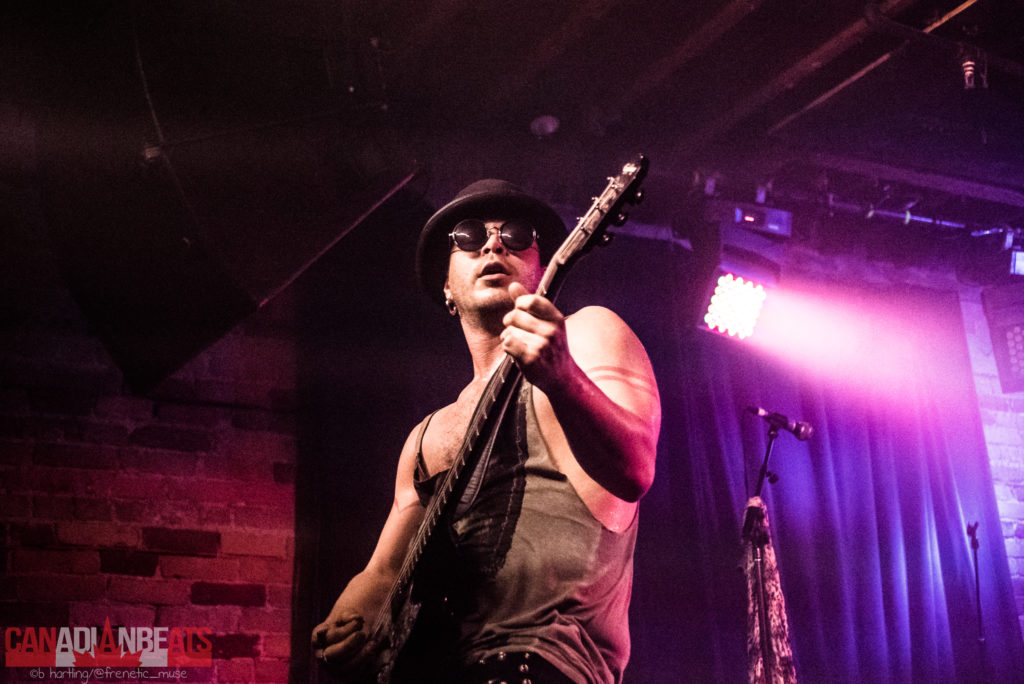 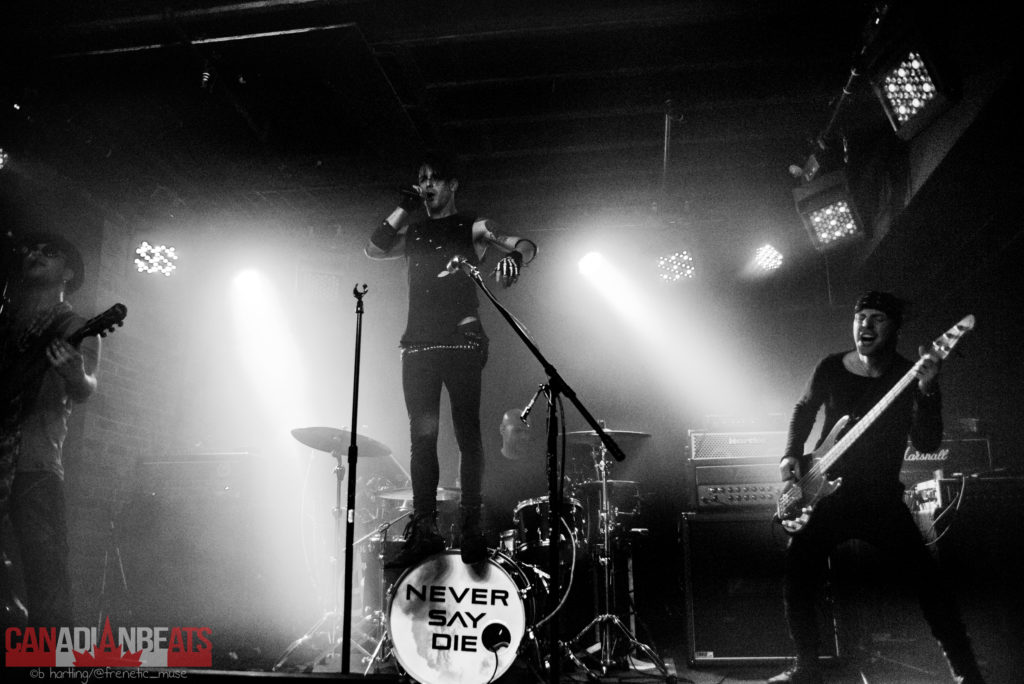 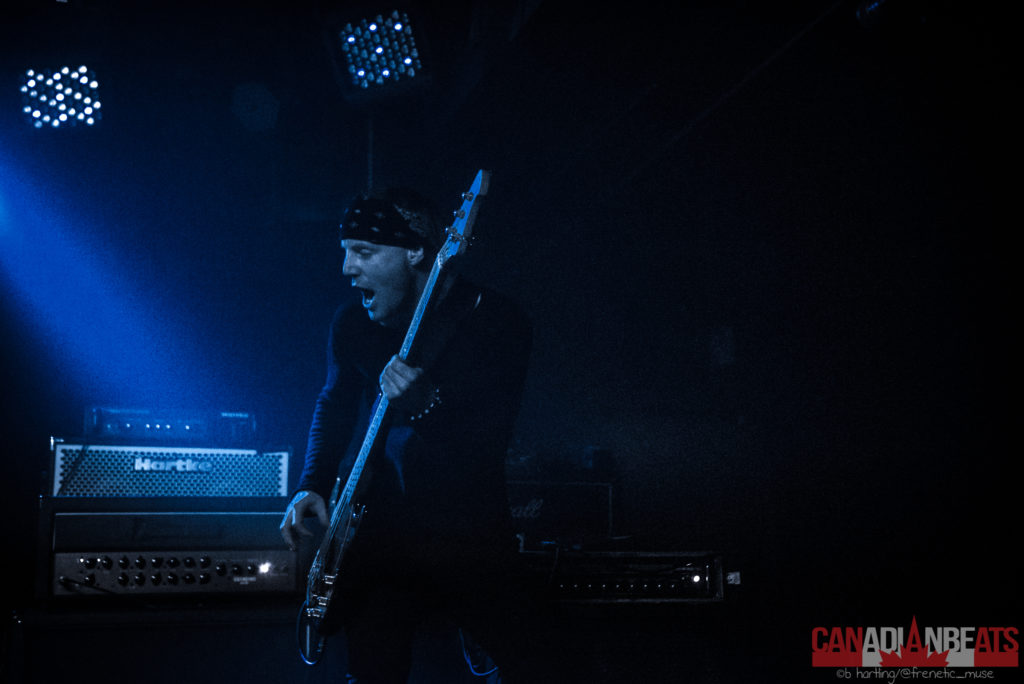 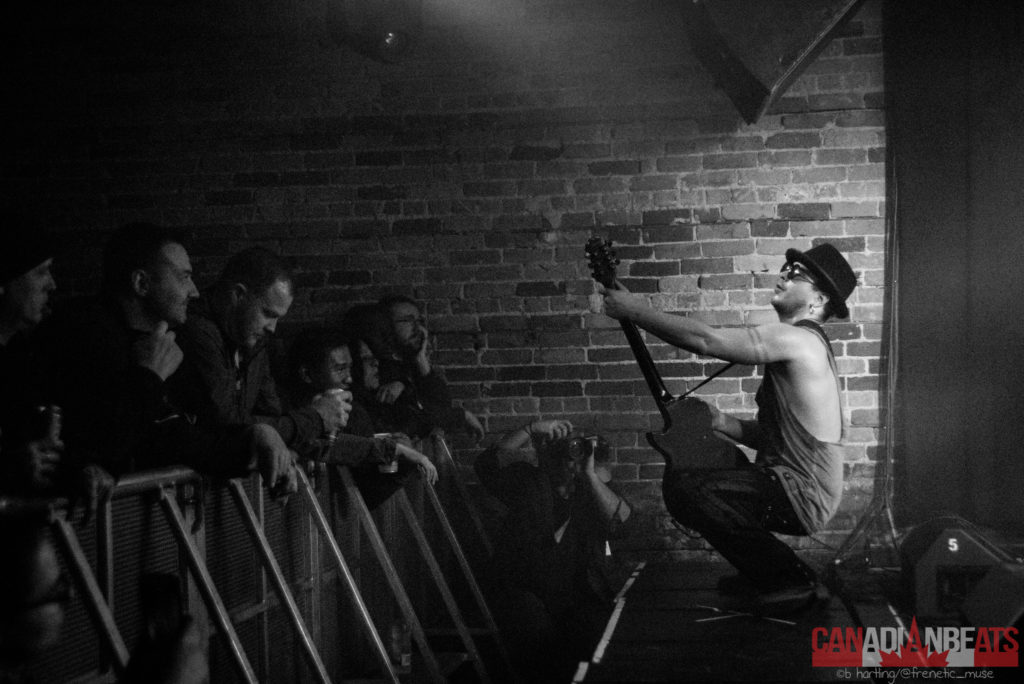