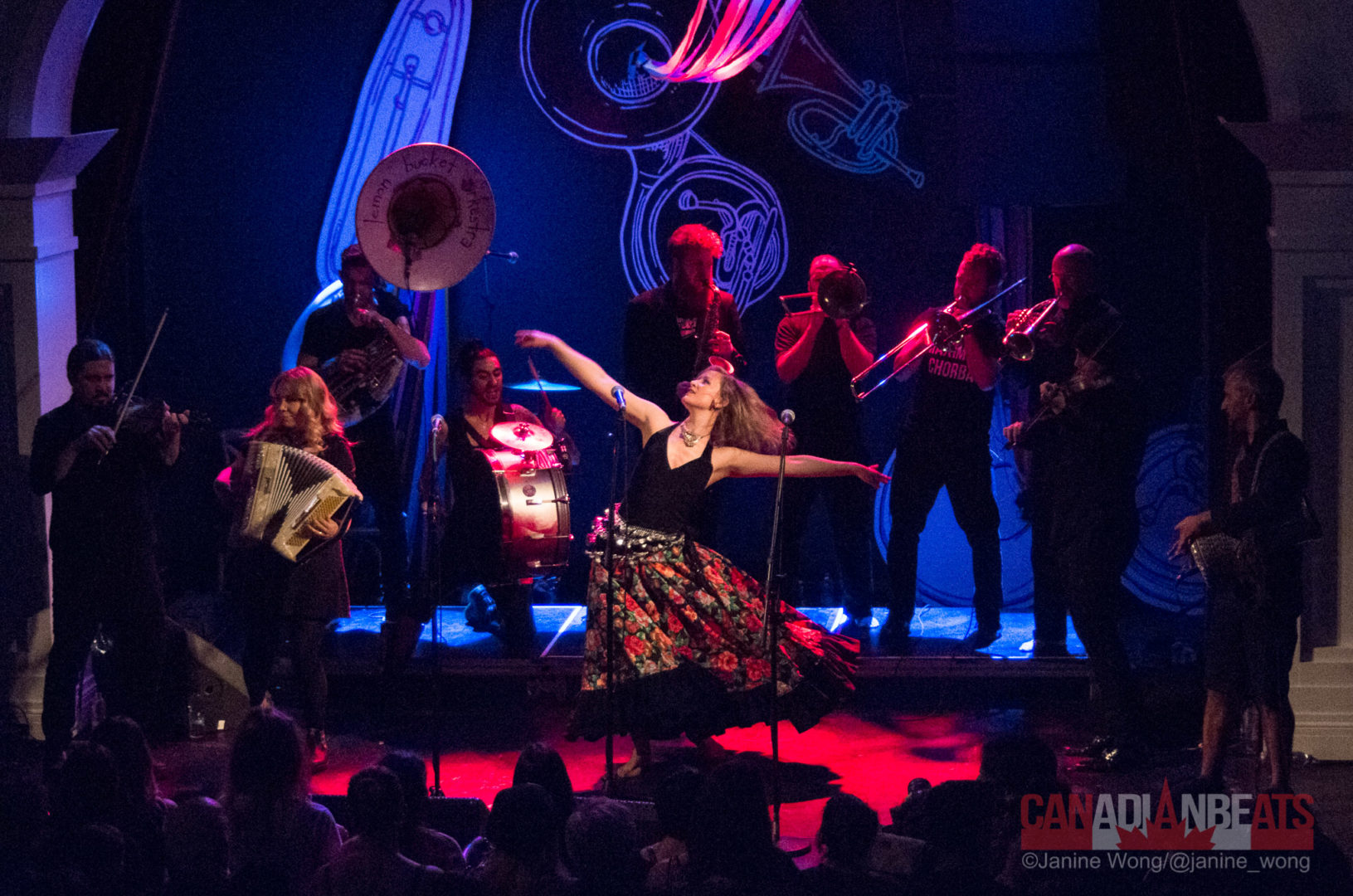 Toronto’s favourite Balkan-Klezmer-Gypsy-Party-Punk supergroup, Lemon Bucket Orkestra, celebrated their eighth birthday in style at The Great Hall. This was their only Toronto show before heading off on a European tour to perform their guerilla-folk opera Counting Sheep. To cap off the night, Lemon Bucket Orkestra headed into the crowd to celebrate the marriage of a newly-wed couple by doing the Horah. Everyone danced in circles around the bride and groom as they were hoisted into the air in chairs to the sounds of “Hava Nagila”.  Although this was their last scheduled show in Toronto before their new album drops in November 2017, Lemon Bucket Orkestra promised to make surprise appearances all over the city in the coming months.

Opening the night for Lemon Bucket Orkestra was the Lowdown Brass Band from Chicago. They started the show off a with high-energy performance (despite missing a few band members halted by April snowstorms) and really got the crowd going when MC Billa Camp came out to spit a few verses. 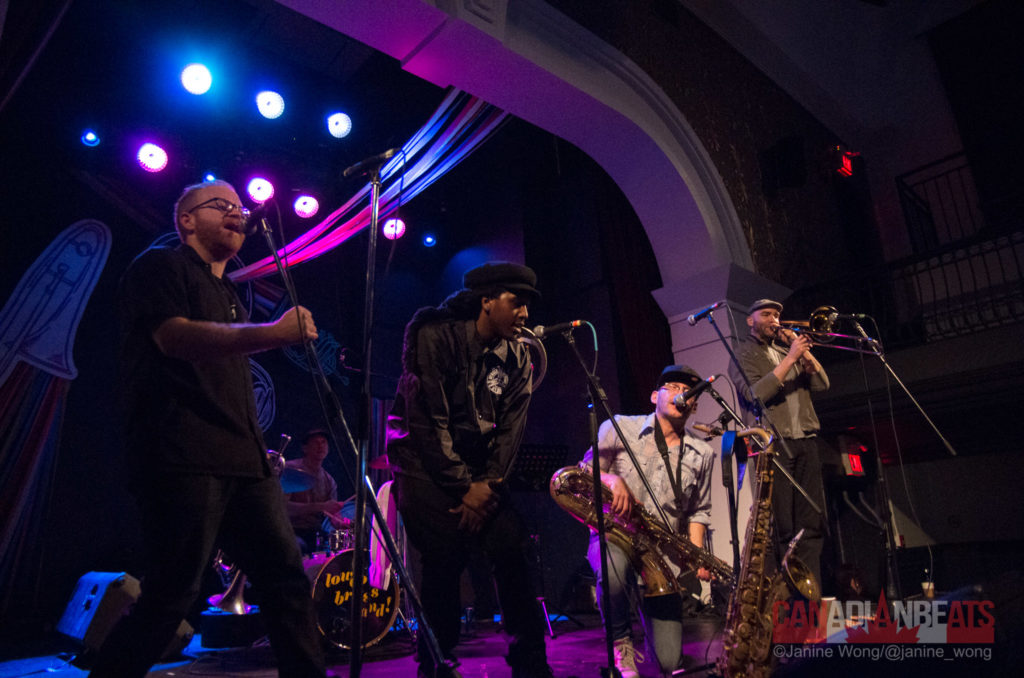 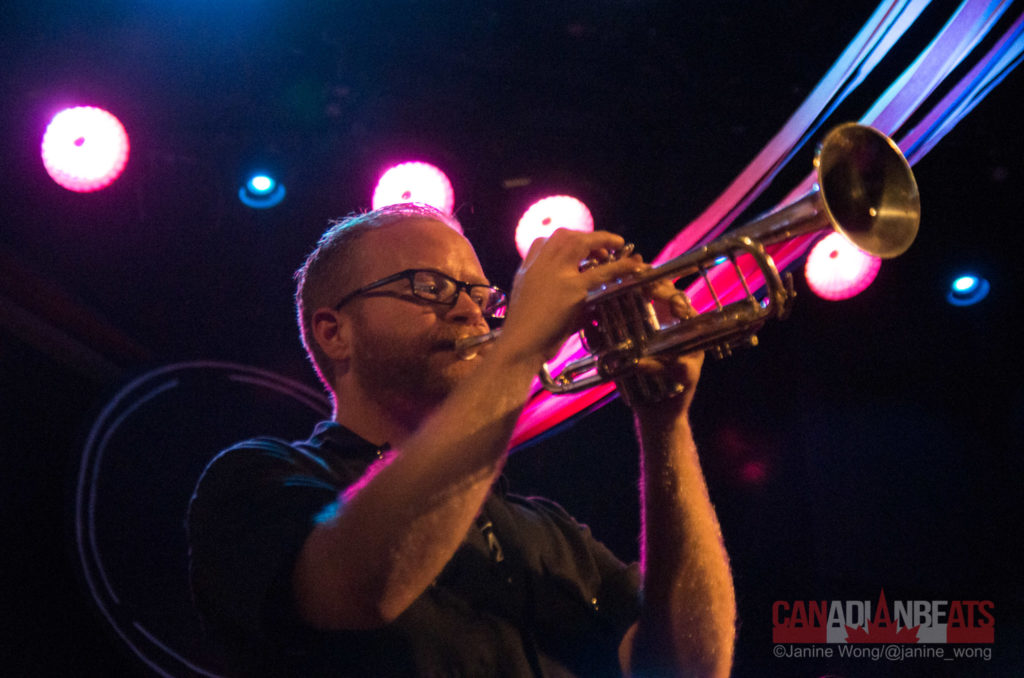 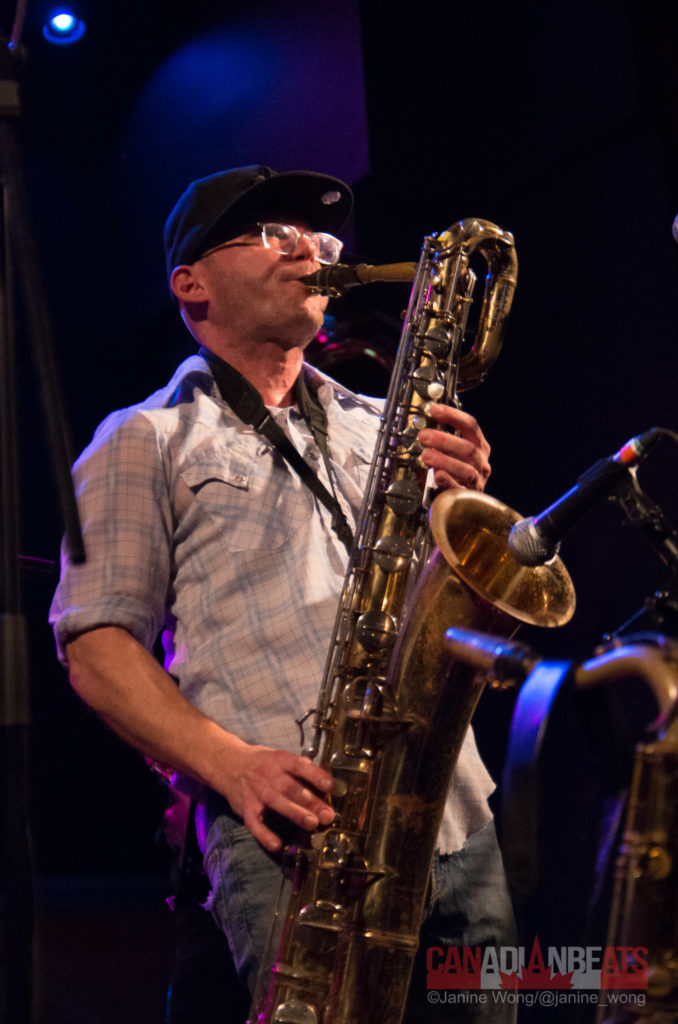 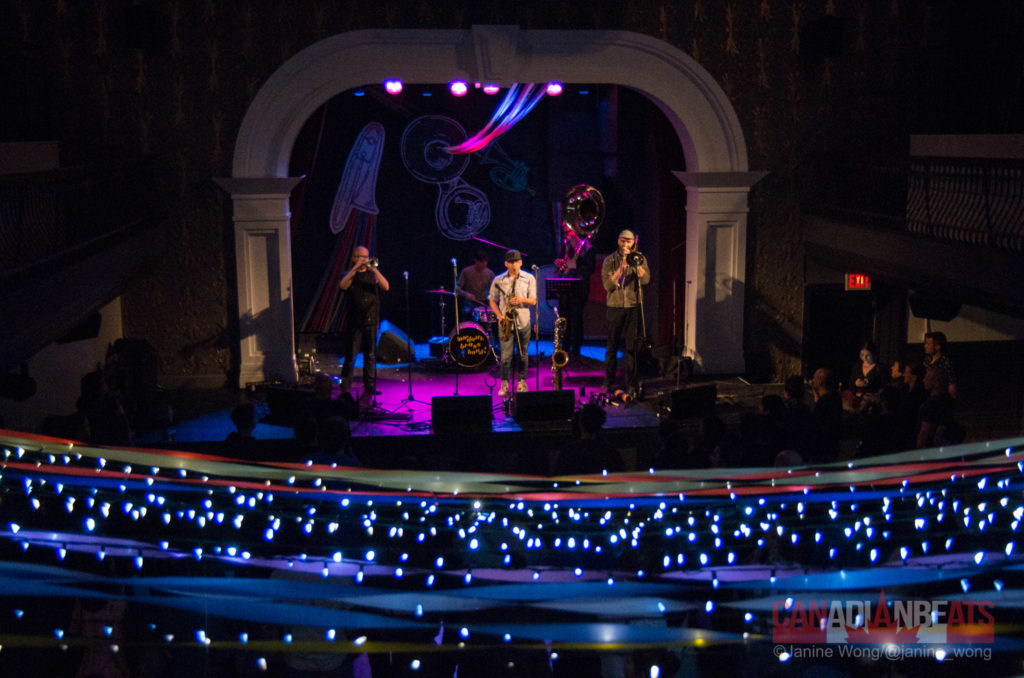 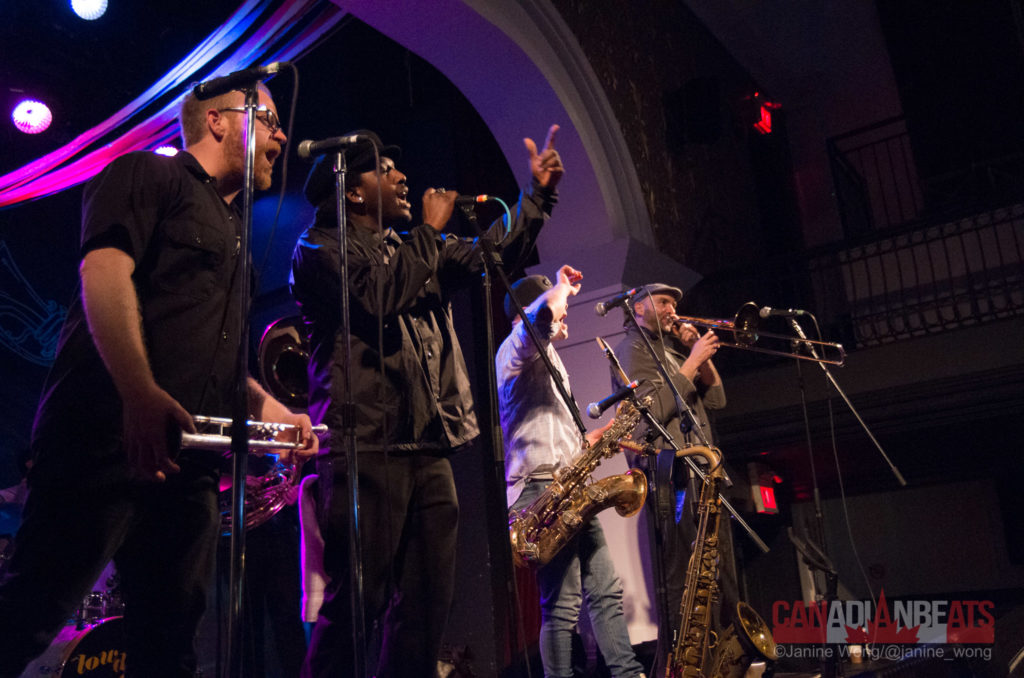 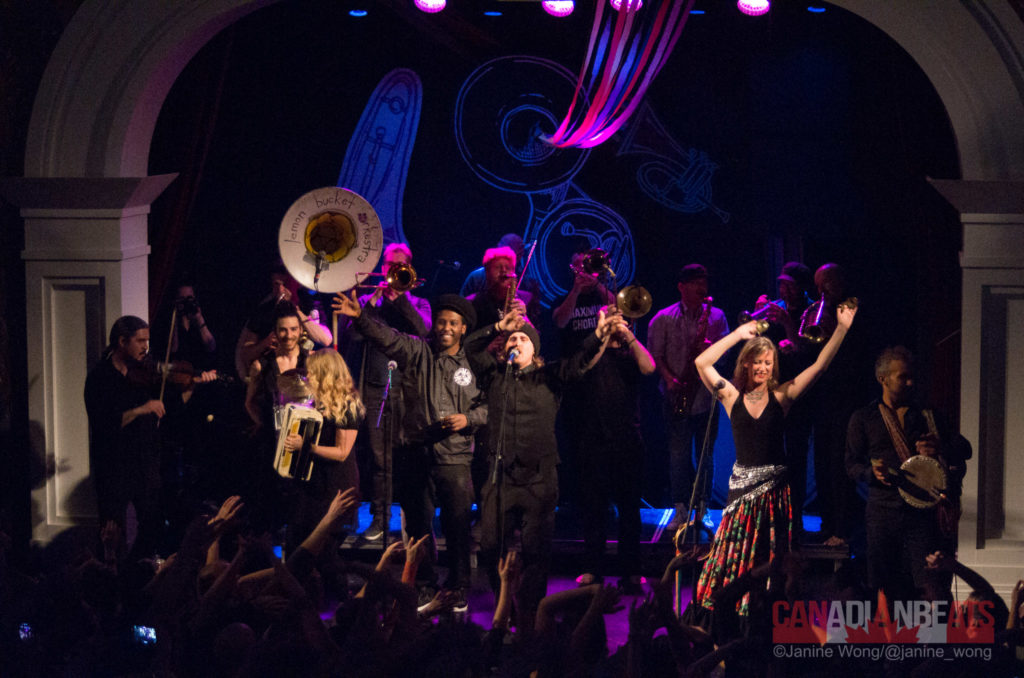 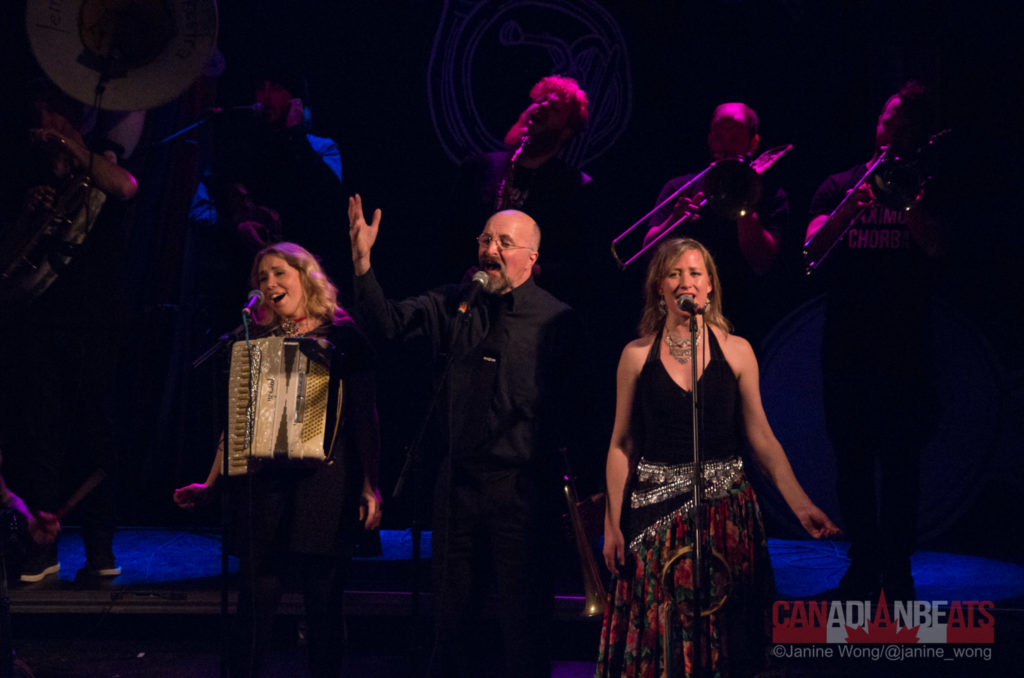 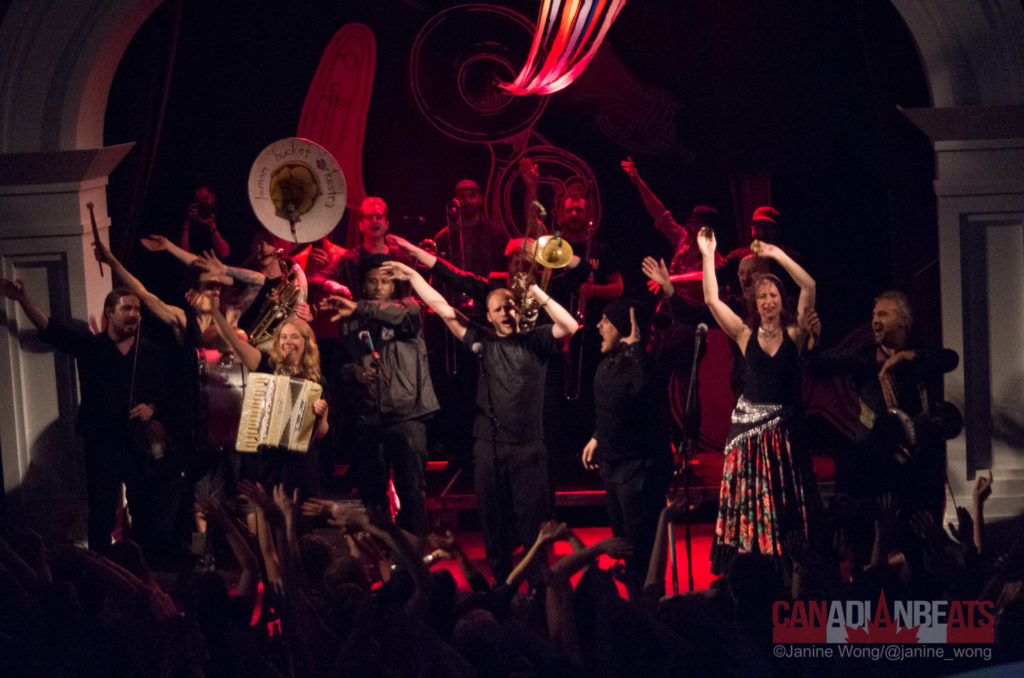 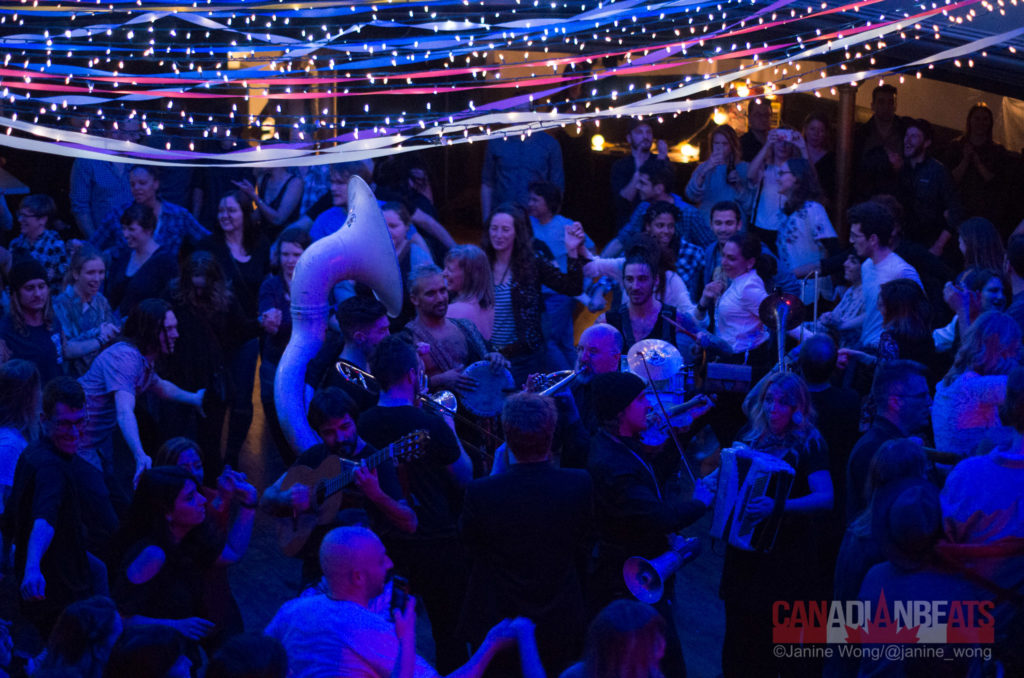 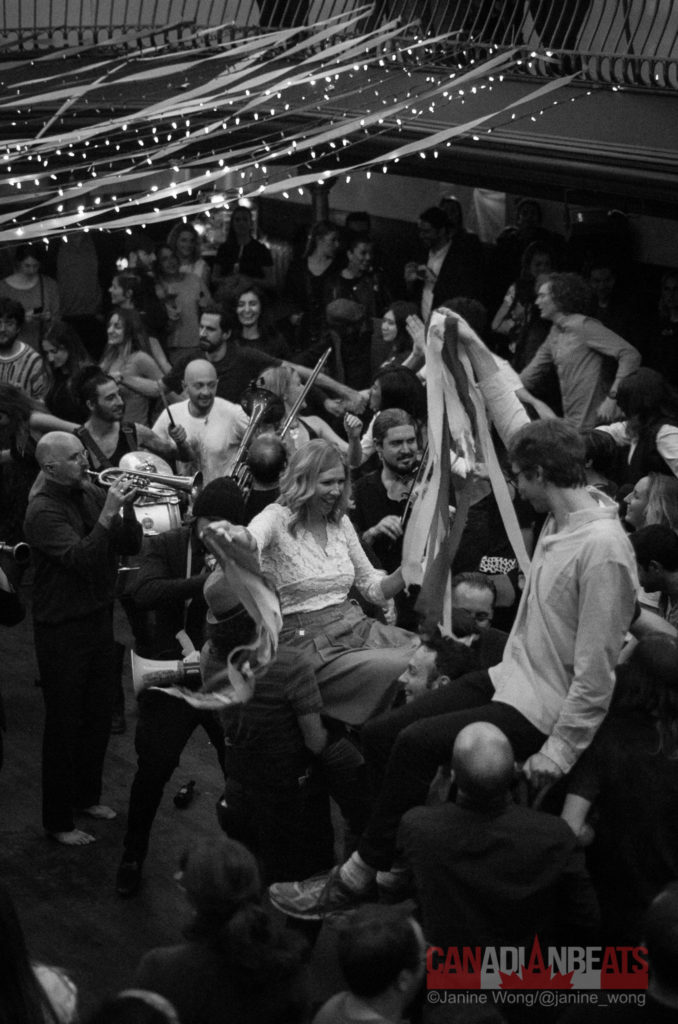