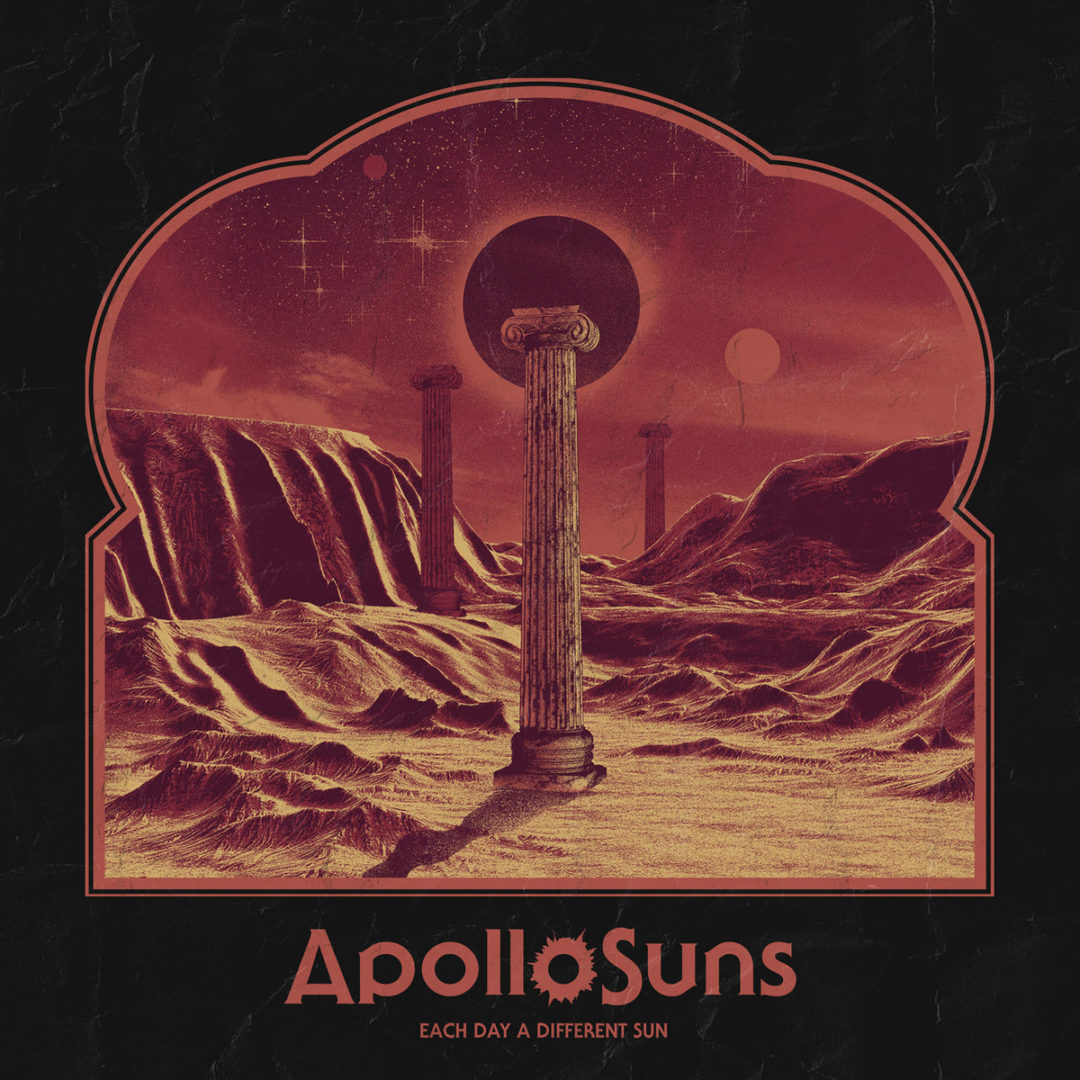 Saturday April 8th, Apollo Suns will be playing a show at the Good Will Social Club in their hometown of Winnipeg,  Manitoba to support the release of their debut EP Each Day a Different Sun. I had a chance to listen to the five song instrumental album and it’s fantastic!

Apollo Suns are a collection of seven very talented Winnipeg based musicians that each stand out with their own style and mastery of their respective instruments. The album opens with the track, “An Iberian Peninsula” and right away the common feel was evident. Lots of upbeat catchy guitar riffs, with a firm backing from the rhythm section and the brass that seems to ramp up at just the right moments. There’s an obvious jazzy feel to the whole EP but it’s fused with rock, funk, prog-rock, and even into the realm of psychedelia. In the opening track there’s a great dual between Jorden Hart on the trumpet and Casimir Gruwel on the sax.

Next up is “A Study in Red”, the song starts out with a spacey guitar riff and then the brass and rhythm kick in. Ethan McKibben can really pound the drums and He’s got some awesome fast rock based beats in this tune! We’re also treated to a keyboard solo by Chad Braun that reminded me of the Doors and Led Zeppelin a little bit.

The third song in is called “An Impossible Bond” and it’s the bands take on the Mission Impossible and James Bond theme songs. The track starts off with Ed Durocher on the guitar and the familiar sound of Mission Impossible, He’s quickly joined by the muted trumpet and the rock driven back beat of the drums, there’s a keyboard lead interlude and then Ed transitions us into the James Bond theme. This song sort of bounces between rock and jazz and there’s a killer guitar solo in the middle.

“A Bird to Sing For” is next, the track starts off with the bass and drums pounding a fat upbeat Intro. Bring in some 70’s sounding psychedelic guitar riffs and matching keyboards, this track really put a smile on my face! The trumpet is a big part of this song and really helps give it a warm and strong feeling. Brass sounds so cool when it plays an equal role to guitar or keyboards in a song, which it does in this track.

Last but not least, and the longest of all the tracks, is “A Lesson in Sharing”. A strong upbeat guitar riff opens this eight and a half minute epic fast paced guitar driven song. The brass again is matching the guitar work with lots of harmonies and duelling solos. In all five songs I can’t help but notice some Spanish influence with the sound of the trumpets and the guitars. The middle of the song brings a piano interlude that calms the mood and then comes back full circle with the upbeat guitar riffs and pounding drums that seem to almost explode and dive into a club like beat.

I really enjoyed listening to this album! It’s a strong instrumental set that does a good job showcasing the individual talents of each musician. The album flowed nicely and was intriguing which kept me wanting to hear the next song and also made me want to listen to it again right away. It has this really cool feel of psychedelia especially from the keyboards and guitar riffs. Adding the brass and the strong rock and roll beats from the drums and bass section to that made this an enjoyable and unique listen.