The 2017 JUNO Awards are now in the history books. It is so much more than the broadcast show. In Ottawa, there were three different exhibits – JUNO Photography Exhibition (March 10 – April 16), Art is Art Exhibit (March 16 – April 16) and JUNO House: R-Evolution (March 11 – August 31). These displayed art, photography and memorabilia significant to Canadian music. Well worth viewing.

This was the second year Canadian Beats was approved to cover the JUNO Awards. Last year, Heather Young did a fabulous job covering it in Calgary. This was not my first JUNO Awards, it was however, my first year to be there as Media, along with photographer extraordinaire, Orest Dorosh. It is pretty cool experience, a lot of work and very little glamour.

The bulk of activity began on Thursday March 30. my first stop was to the JUNO Cup Practice at TD Place, where players took to the ice for the TD JUNO Cup Community Skate. We (media) had the opportunity to briefly interview some of the players before their practice began. You can view our interviews here. 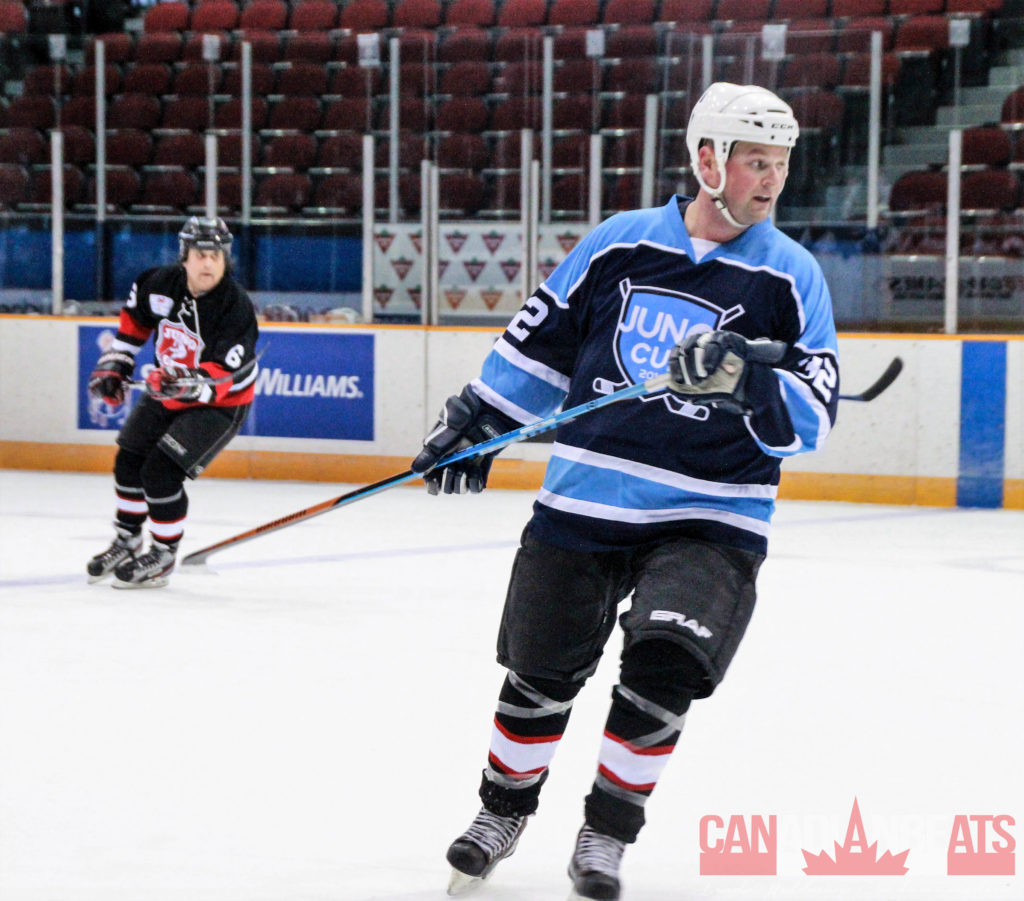 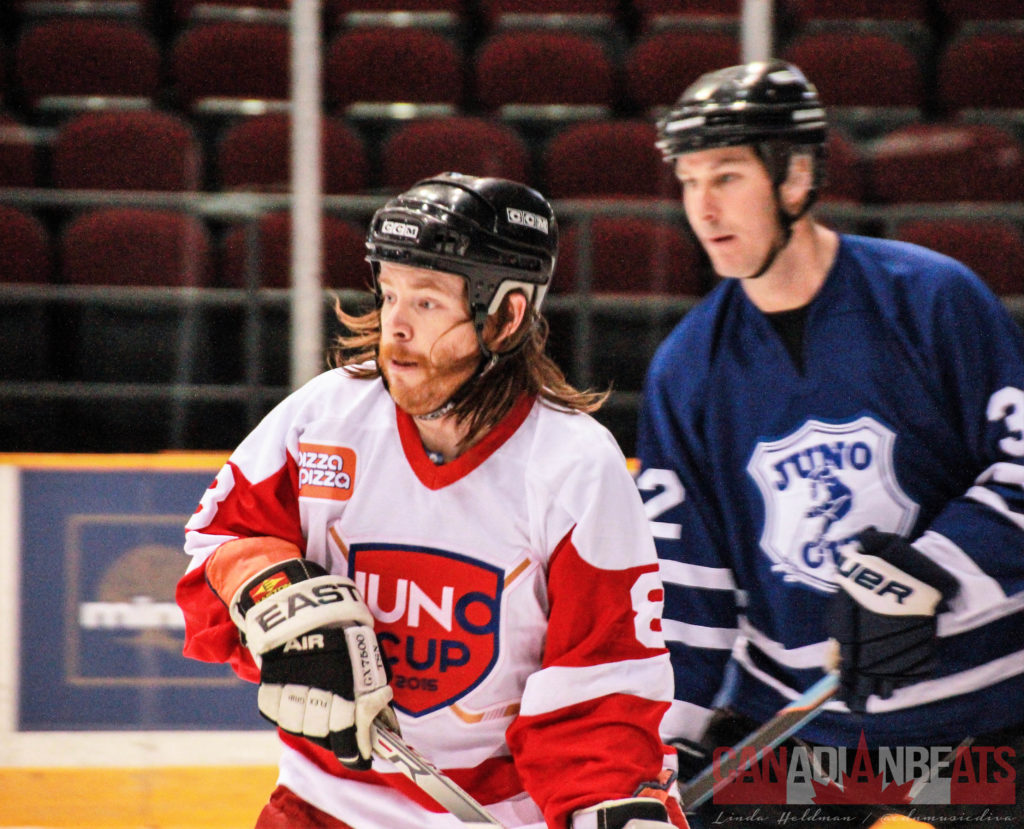 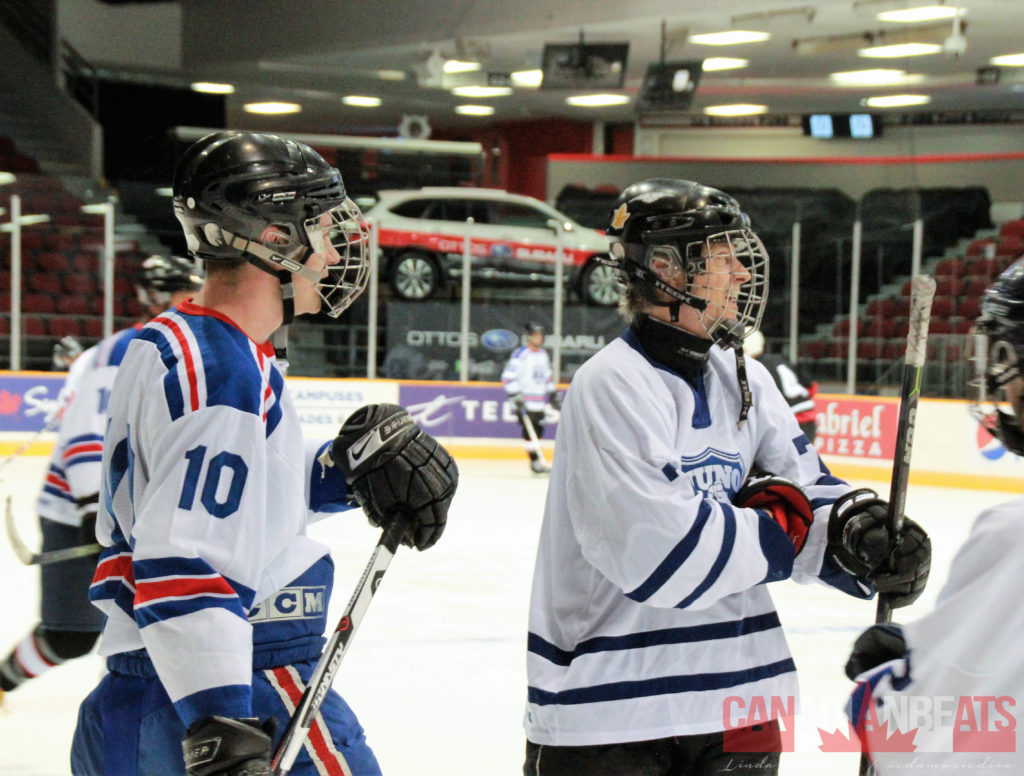 Friday morning, I was off to the Canadian Tire Centre for the JUNO Awards Set Reveal/Open Rehearsal. This was an awesome first look at the 2017 JUNO Awards set. The hours that went into making all look and sound perfect were incredible. As an added treat, Arkells were on set for rehearsal. What a performance! 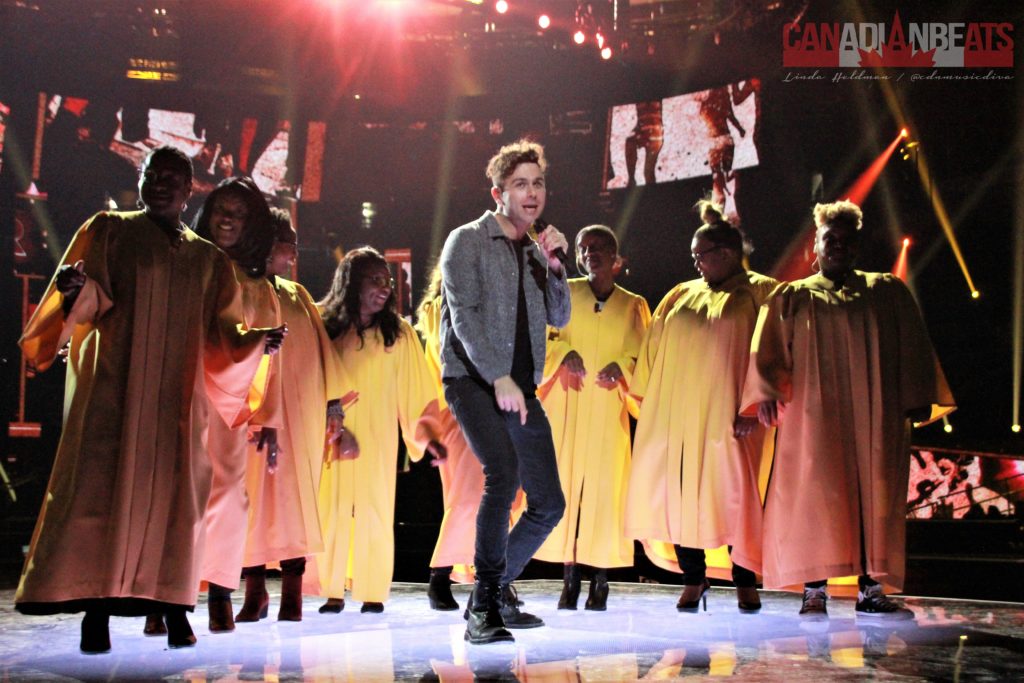 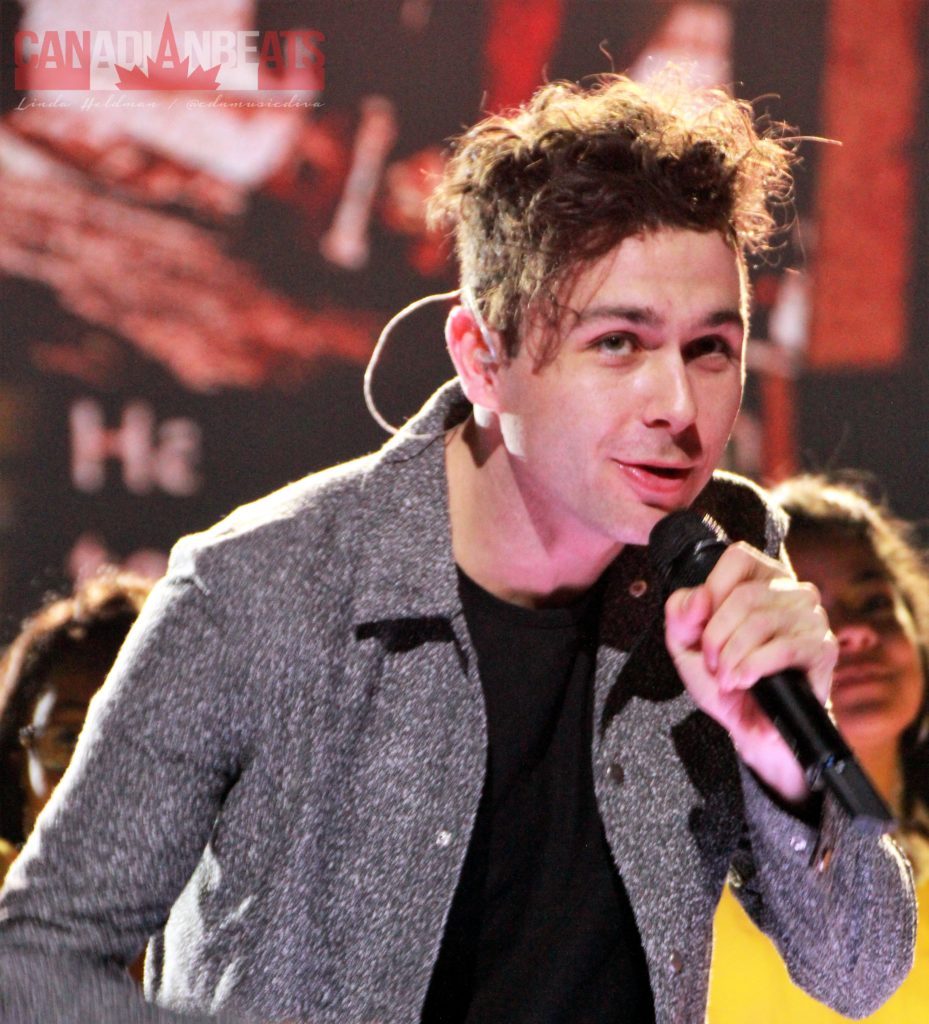 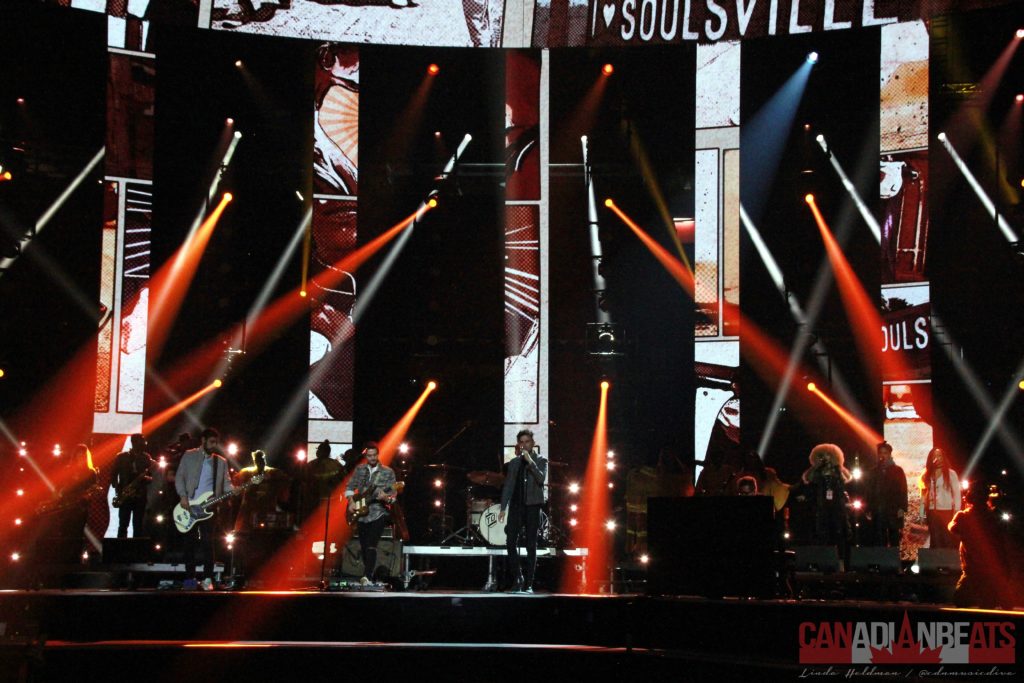 From there, I was off to JUNO House to met up with Heather Rankin and Corin Raymond for one-on-one interviews. It was a beautiful setting and a pleasure to meet both of them. See Heather’s interview here. Hear Corin’s interview here. 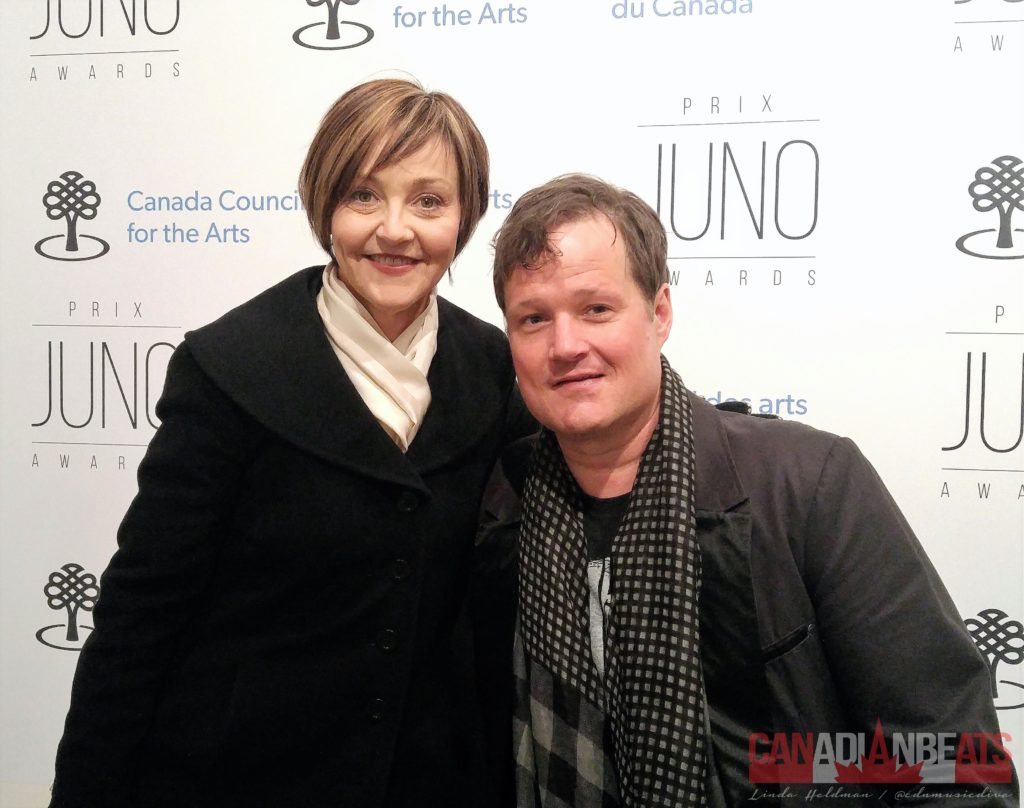 After picking up my credentials, I was off to the Karyzma Agency Lounge at Kavali in the ByWard Market. They partnered with JUMP! 106.9 for this event. This was meant as a little down time in the midst of all the activity. I was more than a little excited to know ahead of time that Barista Brian Leonard, internationally recognized latte artist, would be there. My first stop was to see him and watch him create my latte. It was almost a shame to drink it, but honestly, the best latte I have ever had. 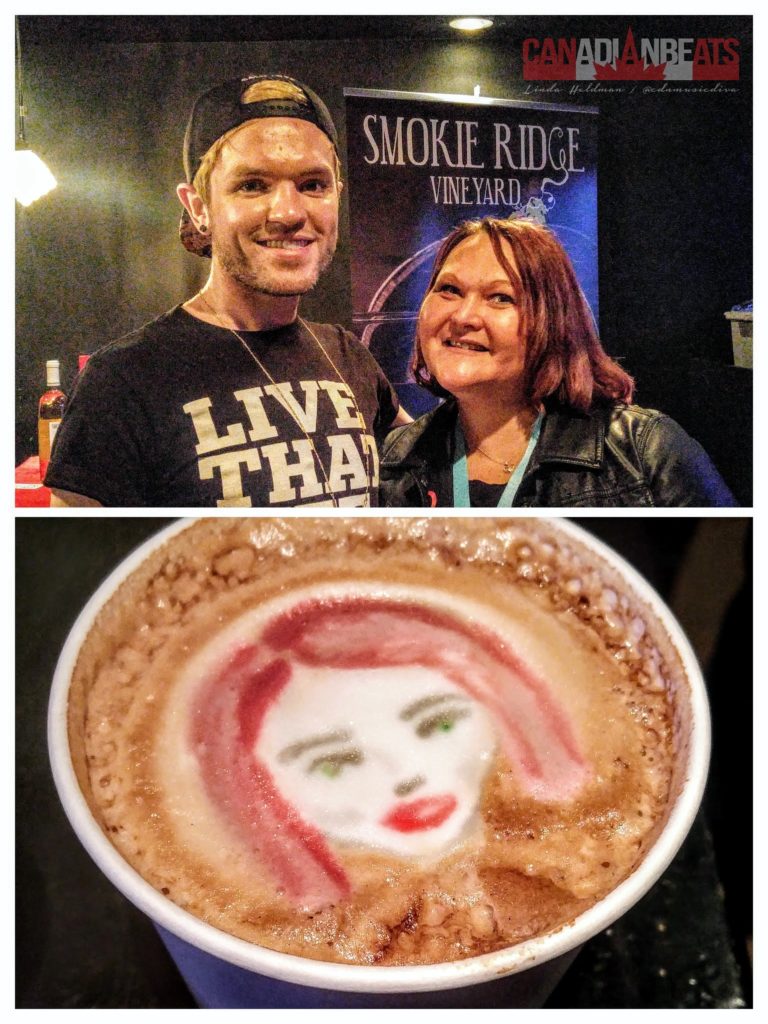 Barista Brian Leonard and his caricature of me.

I also had a chat with the people of CanadaSound. As part of celebrating Canada’s 150th, they are collecting submissions of favourite Canadian sounds to create Canada’s ultimate soundtrack. It’s a unique idea. Proceeds will go to MusiCounts, which helps fund music in schools. Please check them out.

There were many other enticers like a massage by the[fix], facials and a quick manicures from The UpKeep Shoppe and food, drink and even a gift bag on the way out, filled with several pampering items.

Having had a little rejuvenation, I was ready to tackle the JUNO Cup, presented by TD, back at TD Place. A celebrity hockey game in support of MusiCounts, Canada’s music education charity associated with CARAS. The teams were introduced and the lovely Kellylee Evans sang a powerful rendition of “Oh Canada” Then, it was on a competitive game. There were some other fun competitions during the intermission. It was the JOCK, former NHL players, that came out victorious over the ROCK (musicians) with a score of 13-12. 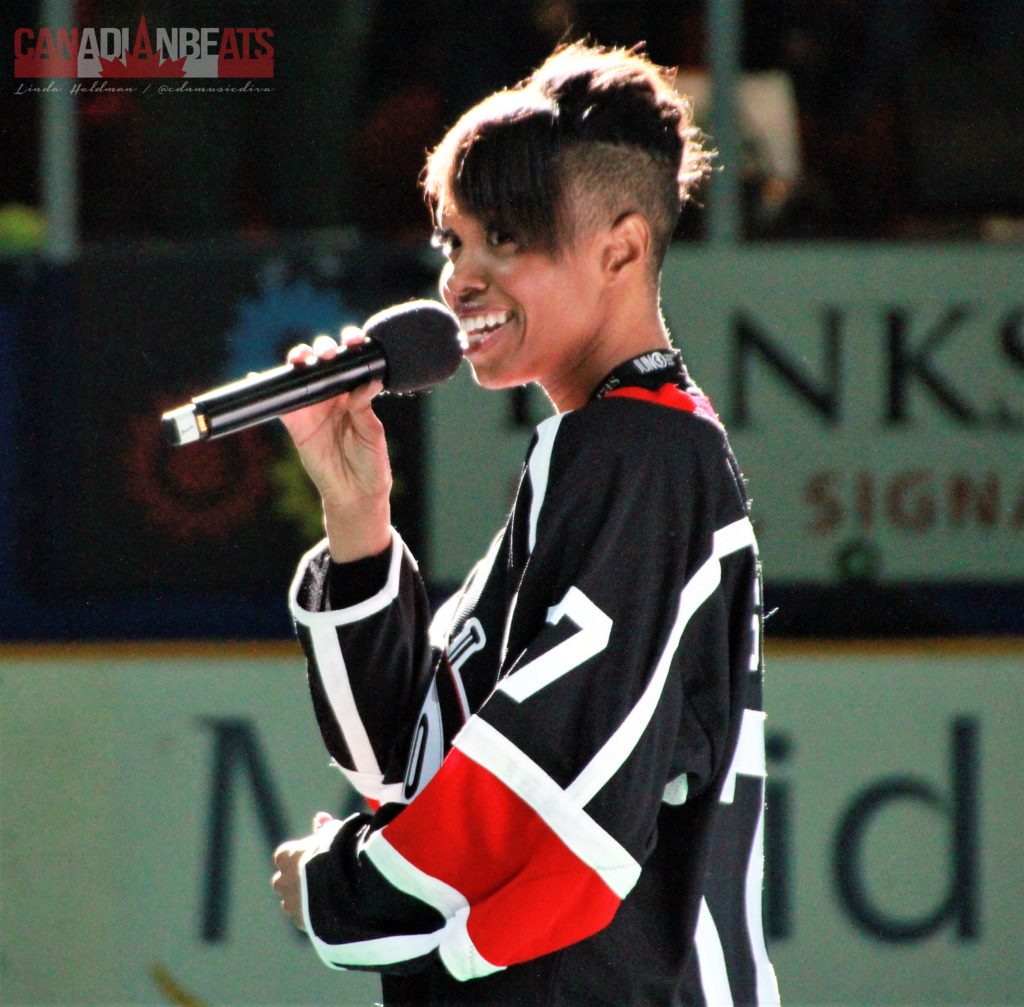 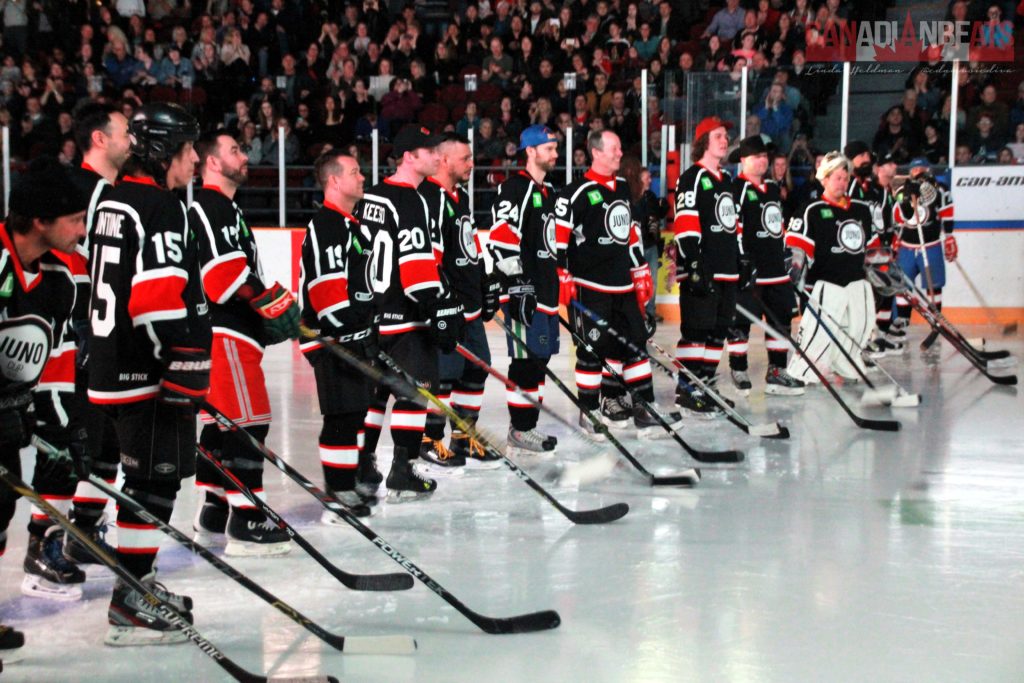 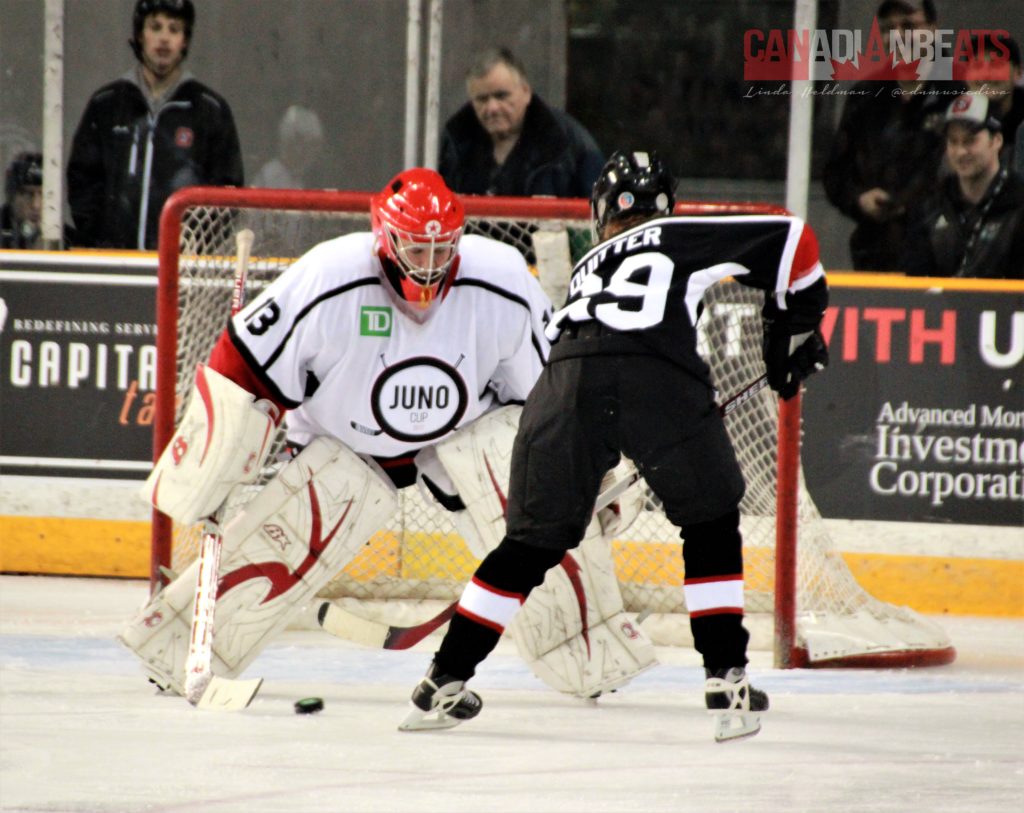 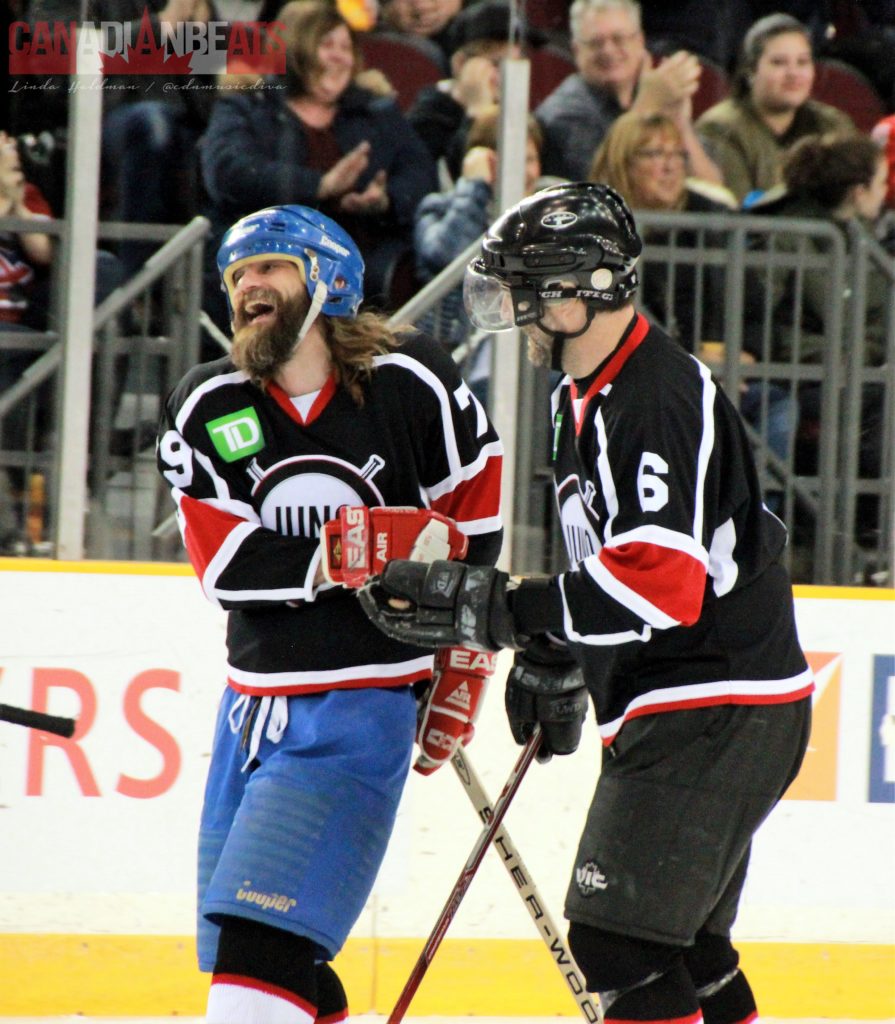 Saturday, my partner-in-crime, Orest, made his way to JUNO Fan Fare. There, he was able to capture many of the artists during their autograph sessions and performances. 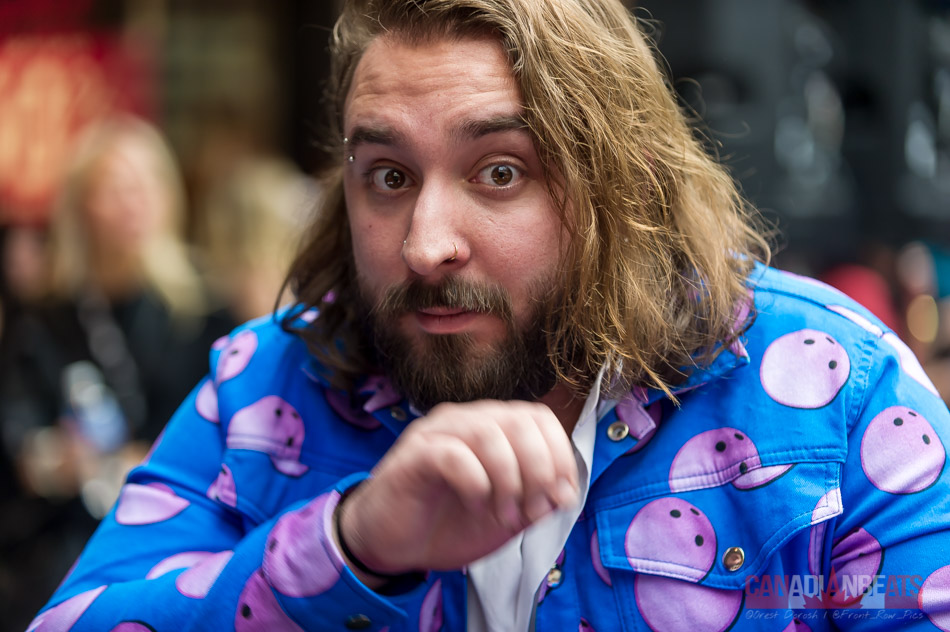 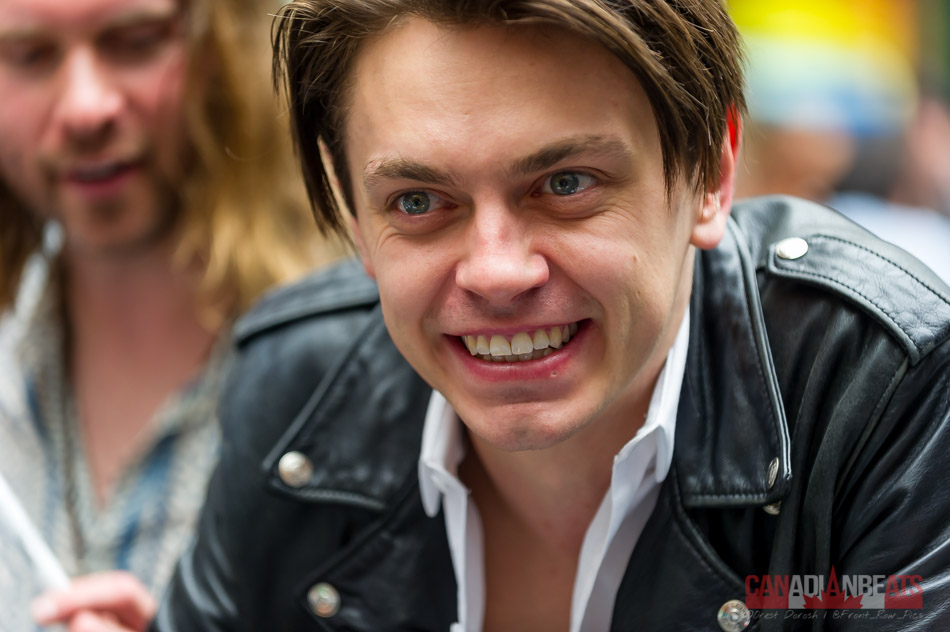 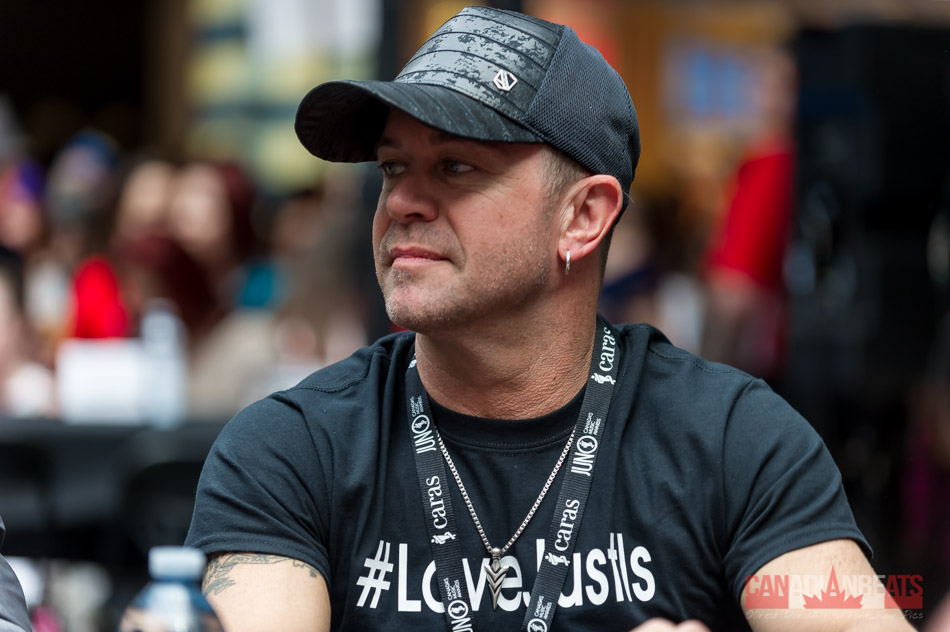 Saturday evening, both Orest and I covered the JUNO Gala Diner & Awards, presented by SOCAN. Orest was shooting on the red carpet and photo room while I was in the Media Q&A Room. Please see some of the interviews we captured here. 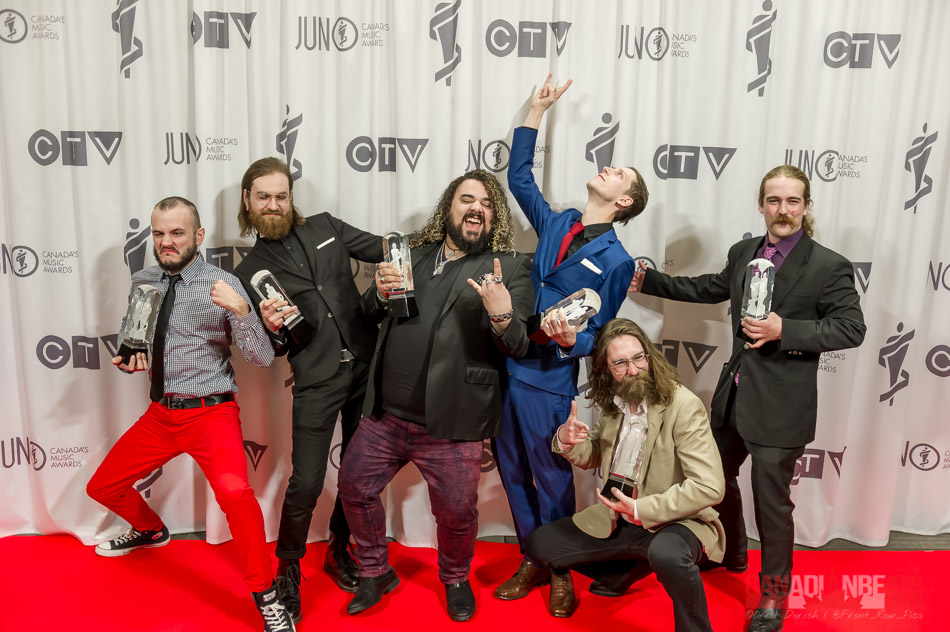 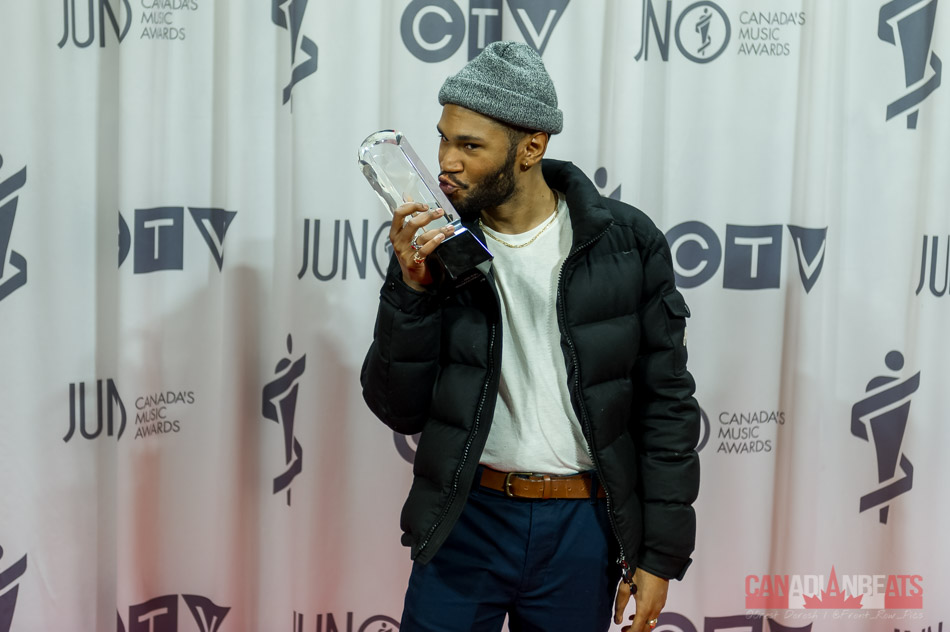 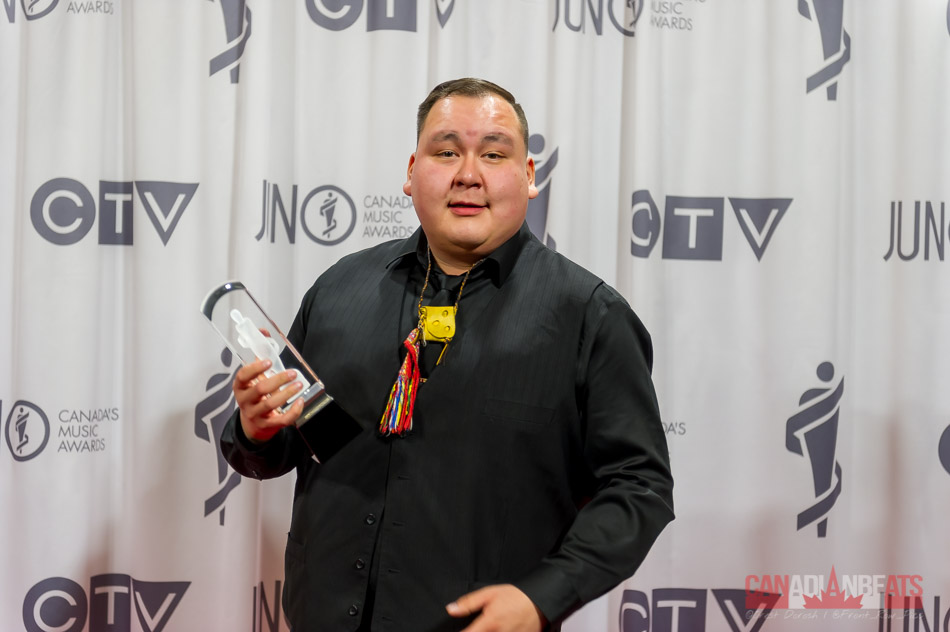 Finally, Sunday was here and The 2017 JUNO Awards Broadcast was happening. What an event! Orest and I did what we did during the Gala on a bigger scale. Talk about your media circus! It was crazy and so much fun. Please view more interviews here and here. 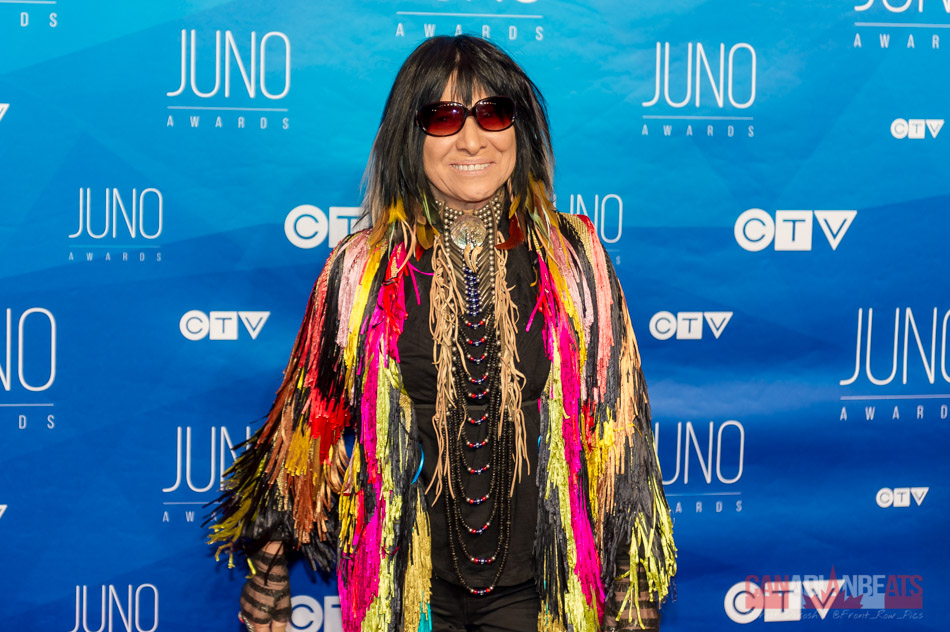 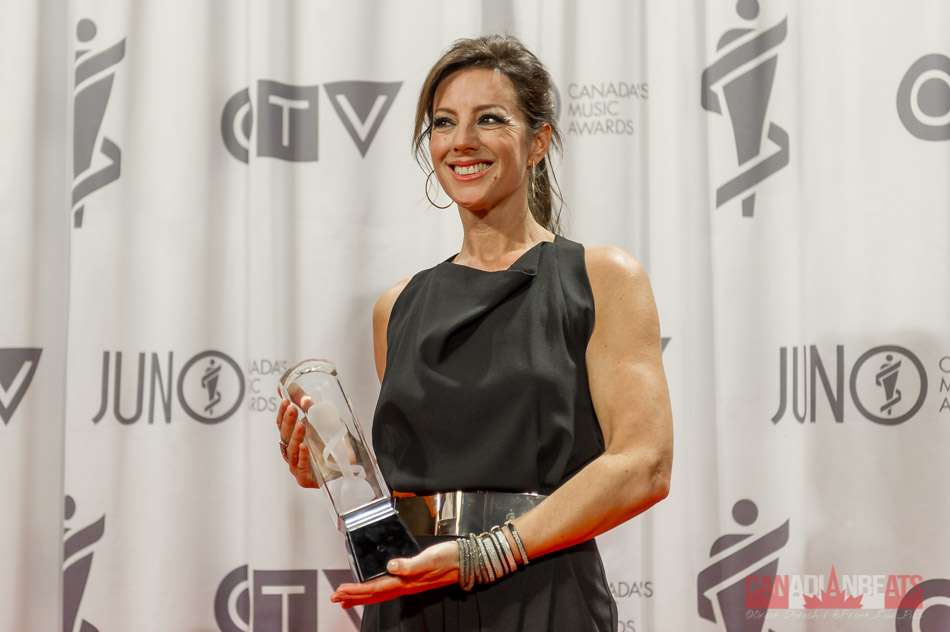 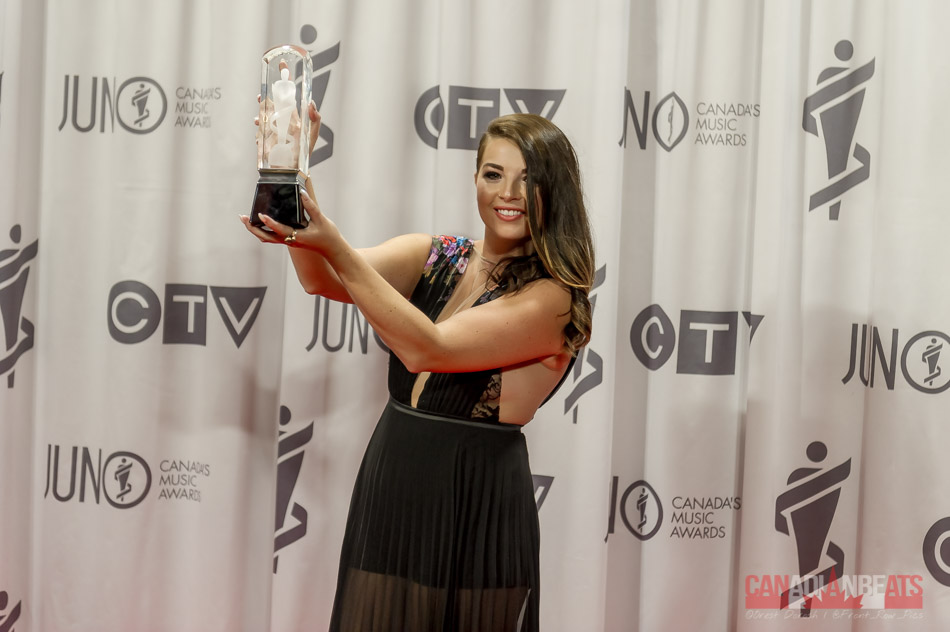 All photos can be view on our Facebook page.

I would like to give a special shout out to everyone involved with putting on The JUNO Awards – The JUNO Awards, CTV and the many partners and sponsors. It is no easy task and everyone was up to the challenge. To the team at rock-it promotions, you did a fantastic job of herding all of us media people and your turn-around time to respond to our many questions was quick. I commend you for a job well done.

See you all next year in Vancouver when we get to do this all again!