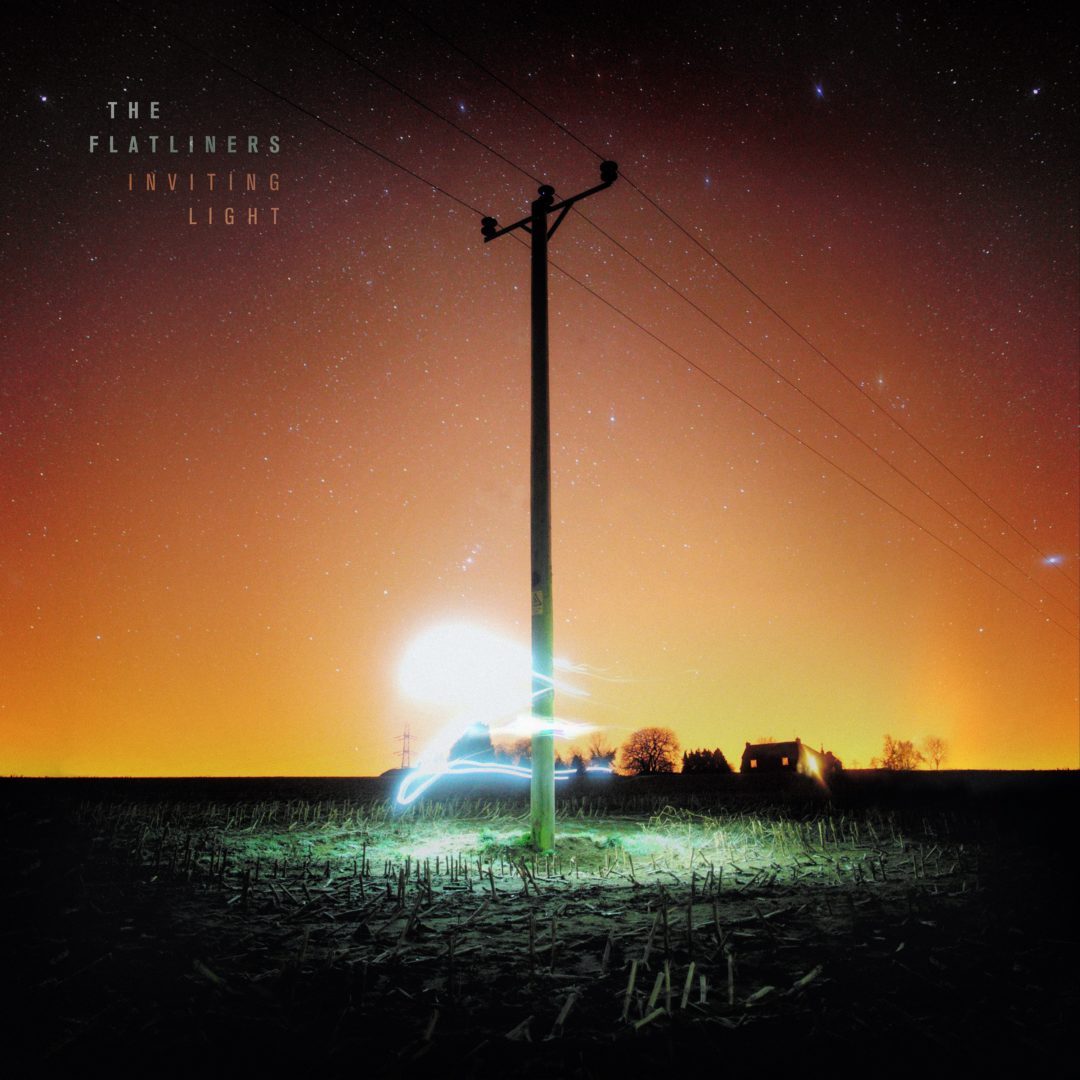 Juno nominated Ontario Punk band The Flatliners release their much anticipated follow up to 2015’s ‘Division of Spoils’ with their latest album and first with Dine Alone Records on April 7th entitled ‘Inviting Light’. It features 12 new tracks including the single ‘Human Party Trick’ replete with stunning artwork.

“When we set out to make Inviting Light, we weren’t really sure where we were going to end up. Never before have we talked more about the songs we wanted to write before getting in a room and making something happen. More than ever before, we sought to challenge ourselves as a band and as songwriters to cook up something new between us, and reach new territory.”

The new album certainly does that. ‘Inviting Light’ opens with ‘Mammals’ a rollercoaster of a track that will please the already initiated, before running into an equally frantic, but more tuneful ‘Hang My Head’. Anthemic tones return with ‘Nicotine Lips’ complete with Cresswell’s distinctive growl. The album then takes on a newer, more alternative take than in previous outings. Lead single ‘Human Party Trick’ is a great new progression that will undoubtedly find new fans and maybe a few dissenters with the bands hardcore fans, but that is to be expected at this stage of their careers. After 15 years together it seems like a natural progression for any band to grow musically and ‘Unconditional Love’ typifies this as it slows things down and shows a softer approach. ‘Burn Out Again’ veers from melodic Foo Fighters territory to alternative country… in a good way! My personal favourite is ‘Chameleon Skin’ a haunting and beautifully crafted 5-minute epic.

‘Inviting Light’ is a well-conceived album at this stage of the Flatliners journey. I’m envisioning lots of new fans with a little more commerciality, but with enough of the ‘old’ Flatliners to keep the punk purists happy. Best of both worlds Chris? “It feels like we’re onto something,” Cresswell adds. “It’s exciting for a band to be 15 years into their existence and have this. It’s a refreshing thing.”

Catch the band this Spring as they head out on a short Canadian tour before heading to Europe, before heading home to start some Festival dates in the US and Canada in May into the Summer.