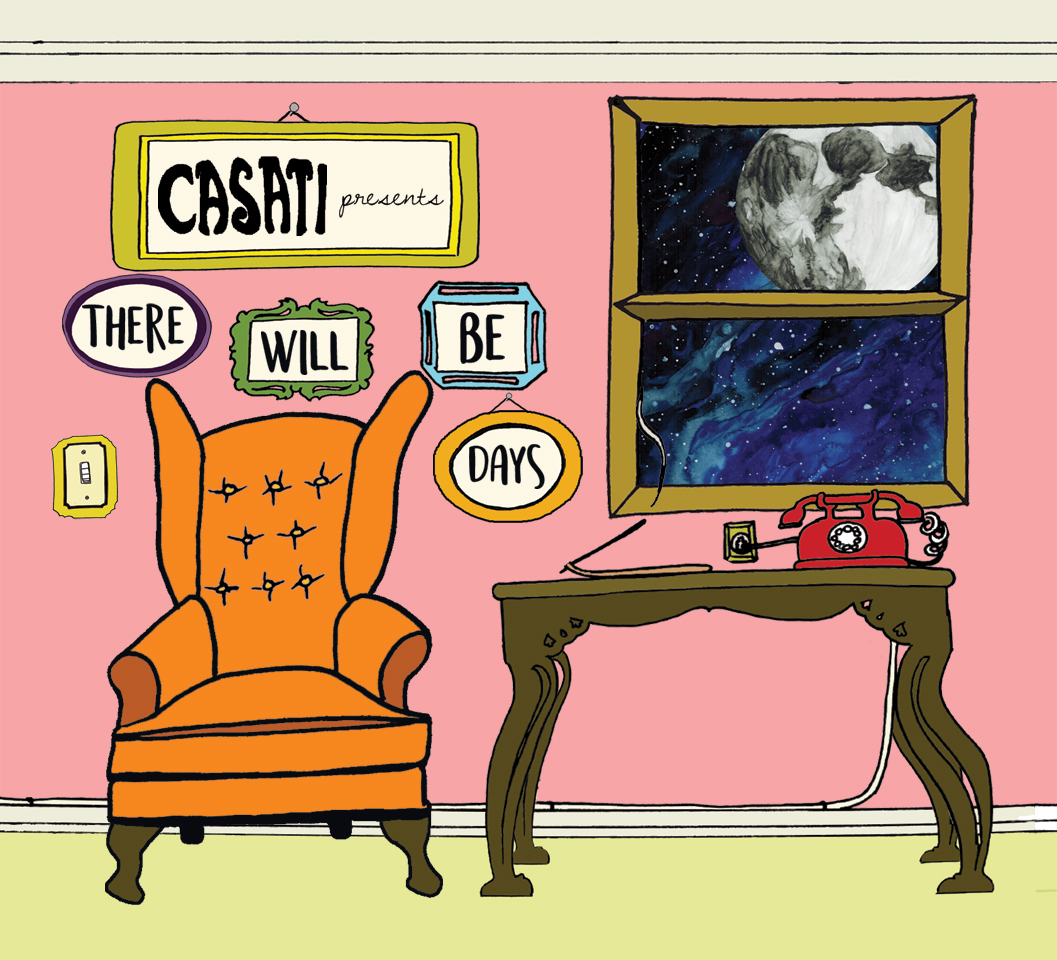 Look no further for your Folk fix—Winnipeg trio CASATI delivers a mix of sunshine-y clap-alongs and wistful ballads in their debut album, There Will Be Days. With Grace Hrabi on the ukulele, Jesse Popeski on the guitar, and Quintin Bart on the bass and hurdy-gurdy, the three blend their vocals together in order to bring ten original tracks that cover very hue on the emotional spectrum.

The album is kicked off by the slow burn of “The Void”, a song that creeps towards its chorus with the delicate twangs of the ukulele and Hrabi’s haunting falsetto. Reminiscent of The Tiny’s “Closer”, “The Void” walks the tightrope between melancholy and playful, a twinge of wryness seeping into the second verse. Hitting every note with gusto, Hrabi carries the song to its gunshot of an ending, the instrumental interlude toe-tapping and expertly timed.

Mid-album track “Strong Wind” juxtaposes “The Void” with its jaunty chords and a heavier emphasis on the sincerity of the lyrics, the trio’s harmonies digging deep into their Folk roots. With echoes of The Lumineers in the light strum of the guitar, its guileless tune will make it a favourite for those warm and breezy summer days.

Keep an eye out for CASATI’s upcoming April tour, a twelve-town album promotion that will range from B.C all the way to Saskatchewan. Check the websites below for more CASATI news and tour dates.