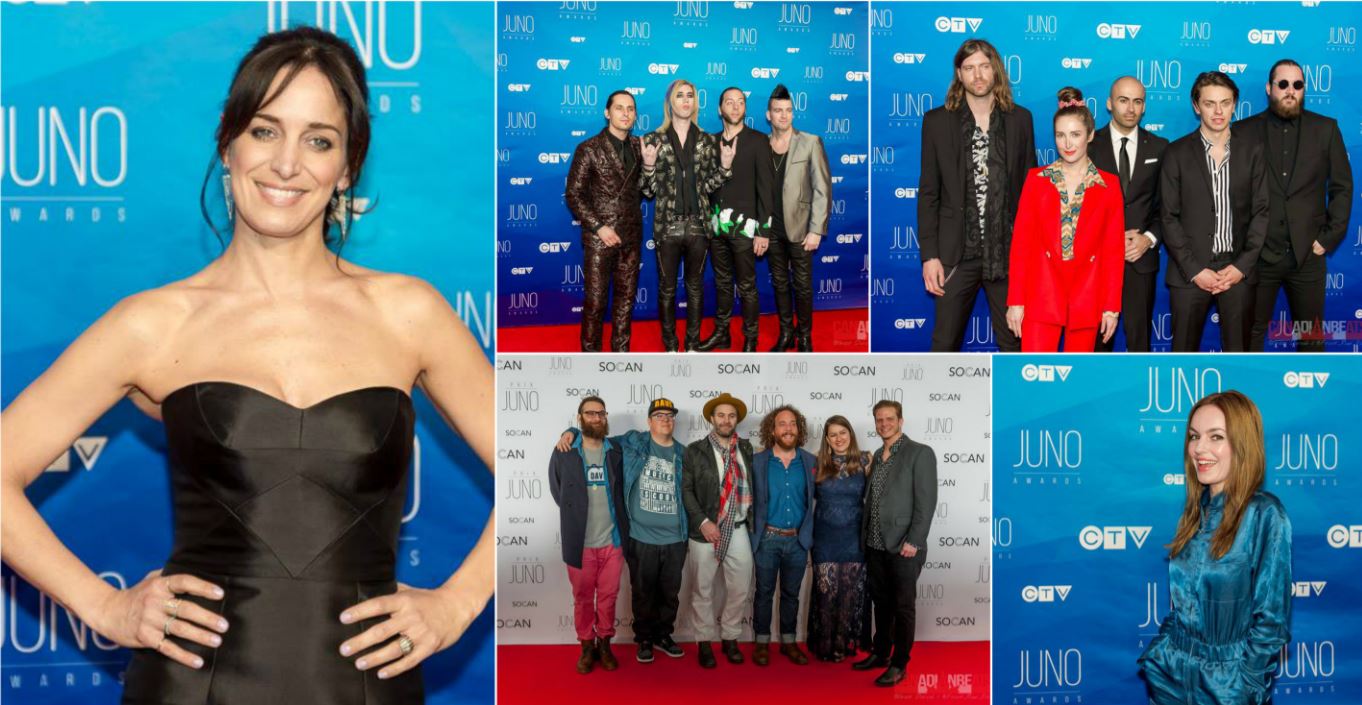 Sunday April 2, 2017, at the Canadian Tire Centre in Ottawa, Canadian Beats participated at The JUNO Awards, in the Media Q&A Room, with selected winners, nominees, performers and presenters of the night. With well over 100 media outlets being represented and artists only being able to stay long enough for two or three questions, we all took turns. Please enjoy seeing who all came to visit us and what they had to say.

Chantal Kreviazuk – Nominee for Adult Contemporary Album of the Year

July Talk – Winners for Alternative Album of the Year at the Gala Dinner & Awards. They also performed during the broadcast show.

Marianas Trench – Nominees for Pop Album of the Year. Josh Ramsay also co-presented the Songwriter of the Year award to Gord Downie.

The Strumbellas – Winners of the Single of the Year for “Spirits”. Nominees for Group of the Year and Fans Choice Award. They also performed during the broadcast show.

Michelle Mylett & Nathan Dales from the hit TV Series Letterkenny (CraveTV; The Comedy Network) were there to support the awards show. Dales was part of a comedic video clip with fellow cast mate, Jared Keeso.