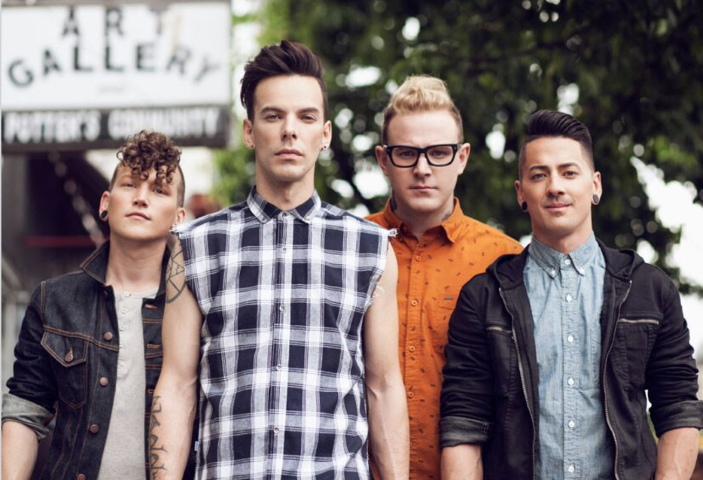 Zippy alt-pop Calgary-based band The New Electric has just released a new single, “T-Shirt”, on March 24 and are about to head out on another Canada-wide tour. I was lucky enough to ask Kyle McKearney some questions before they head out on the road.

You’ve got another big tour coming up, is there anything you’re looking forward to in particular this time around?

We’re really looking forward to co-headlining. We get to use lights and fog and 100% of the stage, whereas in an opening scenario, you don’t generally get these opportunities. I’m really looking forward to having women on tour!! Courage My Love is our co-headliner and there are two women in the band. In the past, I have only toured with boys and it has become such a boys club. It will be so refreshing to have some females out there!

With the release of the new single, can fans expect more new material in your shows?

They absolutely can! New show, new material, and lots from our EP Living Loud.

The band has gained headway publicly in the past two years, what has surprised you the most with your recent fame?

Haha, it’s funny because you grind and grind looking straight ahead and it’s always a surprise when stop and take a look around. Being nominated for the CMW Canadian Radio Music Award for Best New Group of the Year was a very big unexpected and amazing surprise! J

Tell us about your new song “T-Shirt”; how did it come about?

I was in LA writing with the team and we were feeling that Summer time vibe as we walked Venice Beach. We wanted to write something with some heat! One of the guys said, “Wake up in my T-Shirt” and it was on.

Can you tell us anything about an upcoming music video?

We’ve been in contact with an amazing director who’s been giving us some crazy fun ideas. If it ends up happening, it’ll be a super hot, sexy video with TNE element of fun and humor.

Who would you say are your strongest influences musically?

I listen to lots of Top 40 radio because I love it and it helps me stay up to date with my writing. My original old school influences are The Beatles and lots of grunge. Today, I love The Weeknd, DNCE, Justin Bieber and The Chainsmokers. So dope!

What or who are you listening to lately?

Lots of Top 40 radio and some Prince!

Are any of you reading anything interesting right now?

Funny you should ask!  Mine and Indie’s father is the author of “The Balance Series” and he just finished writing book 4 of the series. My wife and I are reading book 4 to our 5 month old son, Sabin. Dad is in the process of building a new site but you can find his books at http://wolfsongfantasy.com/ for the time being.

If the band were to have a mascot what would it be?

Hmmmmm. The New Electric, maybe a tickle me Elmo that sings our songs with a death metal voice??

Thank you for taking the time to answer my questions. I have one more: David Bowie or Prince?

That’s a tough one for me. I love them both very much and for different reasons. Gun to my head, Prince, because he’s such a great all around musician.