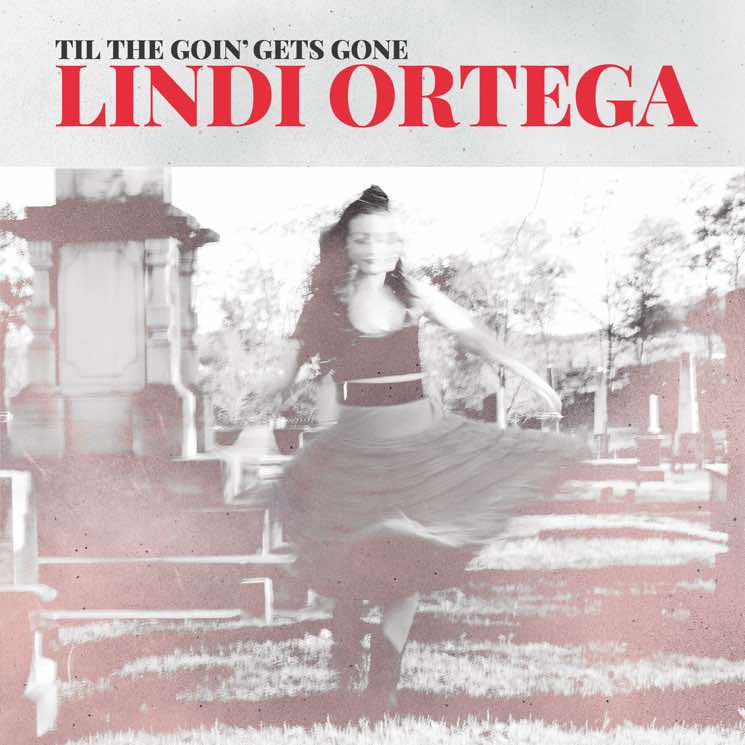 Lindi Ortega has had multiple career highlights including wins as the Canadian Country Music Association Award’s Roots Artist of the Year for both 2014 and 2015, and even her solo debut at the Grand Ole Opry. After the release and supporting tour for her most recent album, Faded Gloryville Ortega took a quiet break from music to emerge once again filled with passion and her own voice.

One of the most sought after musician/artists in Nashville, Ortega has been found backing Carrie Underwood alongside fellow Canuck Lindsay Ell on the Country Music Association Awards, and now an opening slot on Chris Stapleton’s latest area tour. In preparation for setting out on the road with Stapleton, Ortega has written and released a brand new EP, Til the Goin’ Gets Gone.

Loaded with only four songs, one of which is a great rendition of Townes Van Zandt’s “Waiting ‘Round To Die,” Ortega shows of her talents pure and simple. Opening the EP with the title track “Til the Goin’ Gets Gone,” you get an instant sense of the acoustic style and deep showcase of Ortega’s emotional vocals. There is power behind the smaller sounds and arrangements. Focusing on Ortega’s skills as a vocalist prove successful as you listen and fully embrace her voice as is floats above everything else.

Closing out the EP with “Final Bow,” I really found myself fully engulfed in the thoughts and feelings behind the lyrics and dark melody. Ortega herself mentions that “I thought I had to quit music but I wanted to leave gracefully. But then I decided to get up and sing some more.” Finding that spark that reignites your passion can be wonderful, and thankfully for us Ortega decided to grace us with Til the Goin’ Gets Gone instead of walking away from music.

Only four songs in length, there is no shortage of talent behind Ortega’s EP, Til the Goin’ Gets Gone. Produced in East Nashville by Ortega, Jay Tooke, and Jason “Rowdy” Cope these songs set up Ortega for a brand new chapter in her musical journey.